Top 11 Must Do Experiences at Disney World 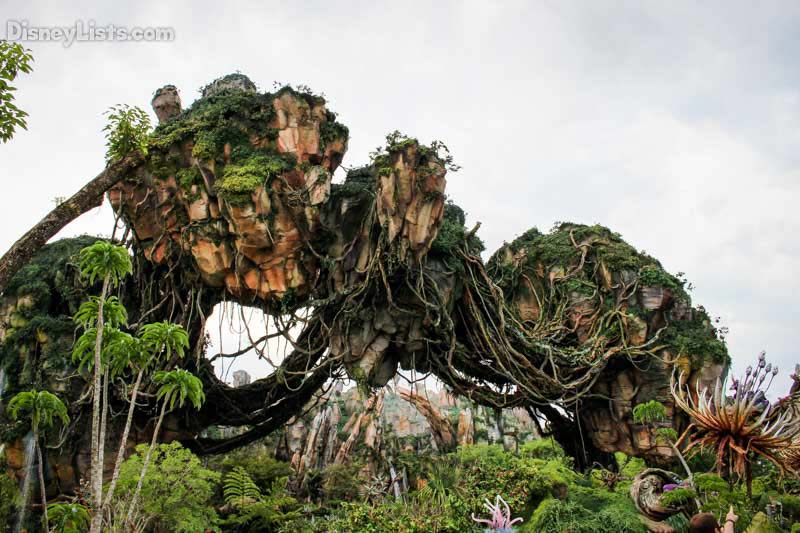 The new land, the largest expansion in the history of Disney’s Animal Kingdom, is based on Oscar-winning filmmaker James Cameron’s record-breaking box-office hit, Avatar, which was released in 2009. The film was insanely popular, mostly due to Cameron’s amazing special effects. The movie is a science fiction film about humans attempting to colonize on a habitable moon called Pandora. While living on Pandora sounds like a great opportunity for this cast of humans, they are met with resistance from the local tribe of Na’vi. Animal Kingdom’s lush world of Pandora is set a generation after a great conflict, the Na’vi and humans are at peace, and the land is experiencing a rebirth. Pandora now welcomes Disney guests as eco-tourists. The land is an amazing spectacle of Disney Imagineering, creativity and story-telling. As you explore the vibrant terrain sprawling beneath mountains that appear to float in the sky, you’ll see waterfalls cascading down the mountainside into meandering streams and pools, and then you’ll discover two thrilling new expeditions: Avatar Flight of Passage and Na’vi River Journey. Grab a bite to eat at the quick-service restaurant, Satu’li Canteen or grab a drink and snack at Pongu Pongu. There are so many amazing things to explore. Visiting Pandora an absolute must-do on your trip to Disney’s Animal Kingdom.

Left 11 of 11 right
Next: Top 10 Tips & Tricks to Have the Best 7 Day Disney Vacation Ever!
© Copyright 2021 DisneyLists.com, All Rights Reserved. | About Us | Meet Our Team | Terms of Service | Privacy Policy | Disclaimer | Advertise with Us