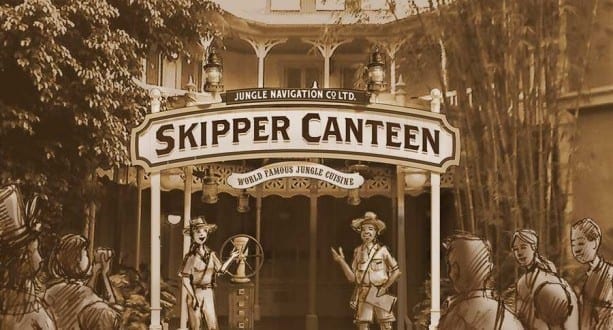 Posted by: admin in Dining

As you can see, construction on the new Jungle Cruise themed restaurant in the Magic Kingdom, Skipper Canteen is well under way. While backstage work began earlier this year with an overhaul of the Liberty Tree Tavern kitchens to accommodate service of two food service locations, work on the on stage areas has begun.

Exterior walls have been removed and work is being done to expand the footprint of the former Adventureland Veranda. In addition to expansion of the building, work on the front entrance is under way as well. Views of the construction are from near the bridge from the hub to Adventureland.

Read more about what will no doubt become the hottest dining spot in the Magic Kingdom. Read more about what will no doubt become the hottest dining spot in the Magic Kingdom.