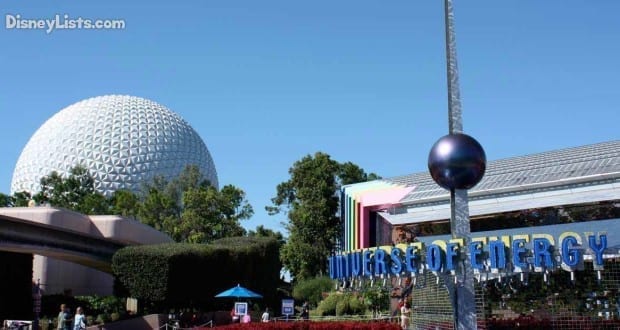 Editor’s Note: Sadly, Ellen’s Energy Adventure has been retired. However, enjoy this walk down memory lane with some amazing facts and secrets from an attraction that has given so many guests so many great lessons and memories over the years.

We may be in the minority, but we love Ellen’s Energy Adventure!  We think it is pretty entertaining, and we love that we get a 45-minute break in the air conditioning on a hot day.  Many times our kids will take a nap on the attraction, which is fabulous!  Plus, it is never usually crowded so you usually have room to get the seat you want and spread out a little bit.  This attraction definitely has some pretty cool facts and secrets that you may not know about it!  Here are 8 cool facts and secrets about Ellen’s Energy Adventure:

8 – The attraction used to feature an Ellen animatronic, and it cost a fortune!

The original version of the attraction included animatronic of Ellen in the dinosaur ride-through scene.  This animatronic cost Disney $2 million dollars to create, which at the time was one of the most expensive animatronics that Disney had ever created for an attraction.   It has since been removed from the ride, so you can no longer see it.

7 – There is a shadow of the Earful Tower in the film.

In the second set of videos where the gentleman is driving the tractor then drives into a barn and drives out in a car, you will want to look closely.   You will see him drive past a church and then if you look at the door of the church you will see a shadow of the Earful Tower on the door!

6 – They couldn’t get Ellen right, and it delayed the opening.

When the Ellen animatronic was being constructed, the crew got major flack because no one really felt that the animatronic looked at all like Ellen.  They had to spend more time working on the animatronic to get it right, and it actually caused the opening of the ride to be delayed solely because of the animatronic changes.

5 – Ellen went back in time and picked up Albert Einstein.

There was a scene in the attraction that was cut out.  In one scene Ellen actually goes back in time with Einstein and takes him to meet her parents.  This is actually how she has the light bulb in the scene where she gives it Einstein. After the scenes were cut out and a test audience reviewed, they were all questioning why Ellen had a light bulb to give to Einstein.  They added the announcer audio to help explain the light bulb exchange since the scenes remained cut out.

1 – The volcano eruption is “goo” instead of lava.

The volcano looks like it is really erupting in the dinosaur scene.  The eruption is actually a “goo” that is very close to the consistency of hair gel.  The goo is mostly translucent with an orange tint to it.  The lights in the area help to give the colors that you see that make it look more like lava.