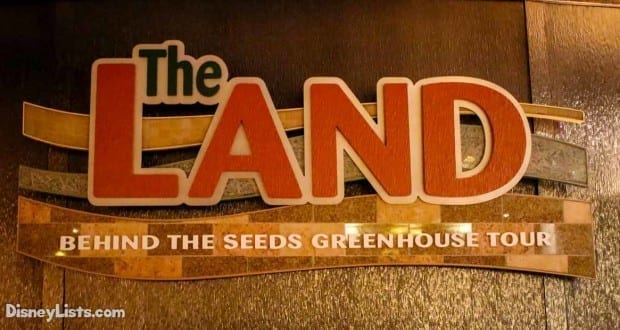 7 Ways to Get a Peek Backstage at Disney World

Posted by: Caitlin Corsello in Around the World, Special Experiences & Entertainment

Guests who visit Walt Disney World often love exploring the four theme parks and picking up on some of the small details which make them so charming. From architectural styles and interesting signs to intentional historical nods and items honoring individuals, there are plenty of features that add depth and history to the theme parks. One of the best ways to learn more about the parks in Walt Disney World is by getting a unique peek backstage on an official tour. These behind the scenes tours allow guests to enter into areas that are usually off-limits and learn all about what happens where guests aren’t looking. Here are the best ways to get a peek backstage when visiting Walt Disney World!

1 – Disney’s Keys to the Kingdom Tour

Guests who are interested in learning more about the Magic Kingdom should definitely take Disney’s Keys to the Kingdom Tour. Running several times each day, the behind the scenes tour brings guests on a historical tour of the park with a hands-on guide filled with Disney knowledge. Guests assemble near Town Hall on Main Street and head out to visit backstage areas like Splash Mountain’s reservoir, secret hallways in the Haunted Mansion, and facilities which house parade floats. Guests also can enjoy a special trip down into the Utilidors – the underground tunnels which run beneath the Magic Kingdom. From exploring new areas to learning new facts, guests will love Disney’s Keys to the Kingdom Tour.

For those guests looking to tap into their adventurous side, the Wild Africa Trek is an amazing experience. Located in Disney’s Animal Kingdom, the tour brings guests on a VIP safari in the Harambe Reserve and Kilimanjaro Safaris. Guests gear up and find themselves in a special safari vehicle, which goes into territory not explored on the regular attraction. The Wild Africa Trek allows guests to watch a hippo enjoying his meal before crossing over treacherous bridges spanning great lengths over crocodiles below. With all of that adventure, guests are sure to work up an appetite and can enjoy dining on small meals at an outpost overlooking the savannah of the Harambe Reserve. Guests who are fans of Disney’s Animal Kingdom Kilimanjaro Safaris and animals should definitely enjoy the Wild Africa Trek! The most in-depth behind the scenes tour offered in Walt Disney World is the Backstage Magic tour, which is an all-day affair. Guests can enjoy seven hours of interesting and entertaining behind the scenes looks that span all four parks and more. The Backstage Magic tour brings guests behind the scenes in the American Adventure in Epcot; into the control room on The Twilight Zone Tower of Terror in Disney’s Hollywood Studios; into the Utilidors in the Magic Kingdom, up close and personal with a guide in Disney’s Animal Kingdom; and to the central shops and Walt Disney World Nursery and Tree Farm where new and exciting things are grown and constructed for the parks. In addition to all of the behind the scenes peeks, guests also get to enjoy a delicious lunch at Whispering Canyon Café at Disney’s Wilderness Lodge.

Epcot’s The Land Pavilion celebrates the beauty of Earth and how we can protect it and be kind to it. The Behind the Seeds tour brings guests directly into the greenhouses seen on Living with the Land for an in-depth lesson in the new and exciting ways that resources and plant life are grown there. Throughout the tour, guests can enjoy releasing ladybugs to act as natural protectants for the plants, learning about how to grow their own crops at home in different ways, and getting hands-on with different spices and fruits in an interactive conversation with their tour guide. Guests who have a green thumb and enjoy learning about plants and how to work with the land are sure to love the Behind the Seeds tour.

Guests who are looking to learn more about the history of Epcot and check out some behind the scenes areas should consider taking The UnDISCOVERed Future World tour. The backstage tour shares with guests the story behind Epcot’s creation and brings them into rarely seen areas like the Cast Services building, VIP lounge in The Seas with Nemo and Friends, and backstage at Test Track Presented by Chevrolet. Guests can also enjoy going behind the sense to learn about how Illuminations: Reflections of Earth is successfully and safely performed each evening on World Showcase Lagoon.

6 – Disney’s The Magic Behind Our Steam Trains Tour

Train enthusiasts are sure to fall in love with this behind the scenes tour of the classic steam trains which circle the Magic Kingdom as the Walt Disney World Railroad. Disney’s The Magic Behind Our Steam Trains Tour invites guests into the Magic Kingdom before it opens for the day to check out the roundhouse where the trains are serviced, take a scenic loop of the park, and learn all about how Walt Disney’s passion for trains was incorporated into the Disney theme parks around the world. The tour is sure to thrill guests of all ages and offers up some fantastic glimpses backstage. For families looking to learn more about the history behind the Magic Kingdom and how it was impacted by Walt Disney’s life and legacy, the Walt Disney: Marceline to Magic Kingdom Tour is a great option. The walking tour shares with guests facts about Walt Disney and how they translated into areas and attractions found within the park. While this tour might seem similar to Disney’s Keys to the Kingdom Tour, it is a lighter affair making it a great first tour to enjoy getting peeks backstage in Walt Disney World.