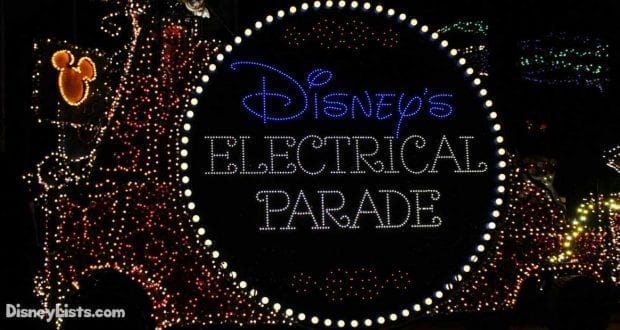 Editor’s Note: Sadly, the Mainstreet Electrical Parade has been retired. However, enjoy this walk down memory lane with some amazing facts and secrets from a parade that has given so many guests so many great memories over the years.

The Main Street Electrical Parade has appeared in some way, shape or form at Disney parks for many years.  Even if the parade took a hiatus at one park, it would be moved to another for guests in another area of the world to enjoy.  If you haven’t seen it, that gives you an idea of the popularity of the parade and how impressive the floats are!  Here are also 7 fun facts and secrets about this beloved parade.

Editors Note: Catch this one while you can. The last performance of the Main Street Electrical Parade will be October 9, 2016.

This parade first appeared at Disneyland in 1972.  The parade was extremely popular and even with various updates and moves over the years, versions of it managed to survive at one of the Disneyland parks in California.  It did end in 2015 at Disneyland when Paint the Night premiered.  Two parade versions still run most nights today.  They are located at Magic Kingdom and Tokyo Disneyland today.  The parade at Magic Kingdom is comprised of floats from the Disneyland version and some of the newer elements from when it was at Disney California Adventure, too.

6 – The parade was inspired by Disney World, though.

The Electrical Water Pageant came first.  This was the nighttime electrical show with floats that moved across the water to create a light show for guests to enjoy.  This was a unique experience and Disneyland executives and planners took note of the popularity.  They wanted to create something that would keep more guests in the park during the evening hours, so the concept for the Main Street Electrical parade was born! It was a brilliant concept that still is extremely popular in the parks where the parade is shown. 5 – The parade took at hiatus at the Magic Kingdom.

Yes, you counted all of those zeroes correctly! That is a lot of lights, right?  That equates into over 500 miles of lights! The power from the batteries to power all of these lights would equal the amount of power needed to provide power for 32 homes, too! That is a lot of power and lights, which is no wonder why the show continues to impress and remain a visual delight for guests of all ages.

Before this parade, the parade floats would project the music for the show, so that you heard the music more clearly as the float approached you.  With this parade the imagineers developed a whole new control system, which is how we experience parades today.  The area is broken in zones where speakers are.  When a float reaches a zone it triggers the system to play certain music, so the music comes from speakers in the area.  You get constant music the entire time at a constant level, which is also perfectly synced with the parade!

Don’t you just love the catchy tune of the Main Street Electrical parade?  The music has remained a constant with the parade and has guests dancing, moving to the music and tapping their toes.  The tune is called “Baroque Hoedown”.  It was electronically written by Jean-Jacques Perrey and Gershon Kinglsey.  The electronic synthesized music was new for this era in 1967.  They wrote the song for commercial used and didn’t realize that Disney created a parade set to the tune of the music until Jean-Jacques Perrey made a trip to Disneyland in 1980 and heard it played.