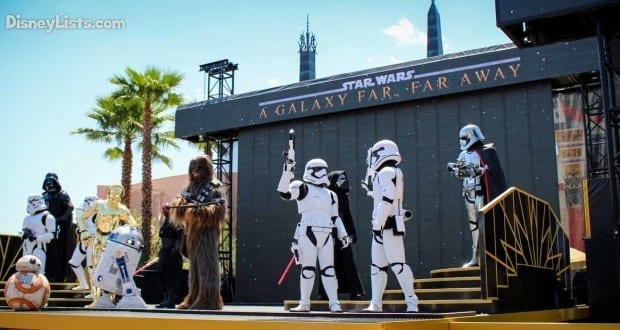 1 – Voyage of the Little Mermaid

2 – Beauty and the Beast – Live on Stage

Sunset Boulevard in Disney’s Hollywood Studios is home to some of the most thrilling attractions in all of Walt Disney World as well as a stage show which brings a classic Disney tale to life. Beauty and the Beast – Live on Stage brings the story of Belle and the Beast to life through favorite characters, dance, special effects, and wonderful musical numbers. Guests are sure to find themselves singing along to classics like “Be Our Guest” and tearing up at the emotional finale. Beauty and the Beast – Live on Stage is performed several times each day in Disney’s Hollywood Studios and guests are smart to consult a times guide for show times. There is perhaps no Hollywood hero as famous as Indiana Jones who has his very own live show in Disney’s Hollywood Studios. The Indiana Jones Epic Stunt Spectacular! can be found in the Echo Lake section of Disney’s Hollywood Studios and is housed in a massive open air theater. The show celebrates the precise art and timing behind big action Hollywood stunts and showcases how the effects are pulled off safely through memorable scenes from the Indiana Jones films. Guests can enjoy watching Indy run from a massive boulder, fight off bad guys in an airport scene, and brawl in the streets of an urban marketplace. With big thrills and the chance to be a part of the show, guests definitely shouldn’t miss the Indiana Jones Epic Stunt Spectacular!

6 – Fantasmic! — Each night in Disney’s Hollywood Studios comes to a close with a showing of Fantasmic! in the Hollywood Hills Amphitheater on Sunset Boulevard. The show combines Disney music and characters, a massive dragon, special effects, projected animation, pyrotechnics, and fireworks for an unforgettable adventure into Mickey’s imagination where he is battling villains. Fantasmic! is an amazing show that is extremely popular with guests, so it is a good idea to line up for the performance at least an hour before show time to score a great seat.