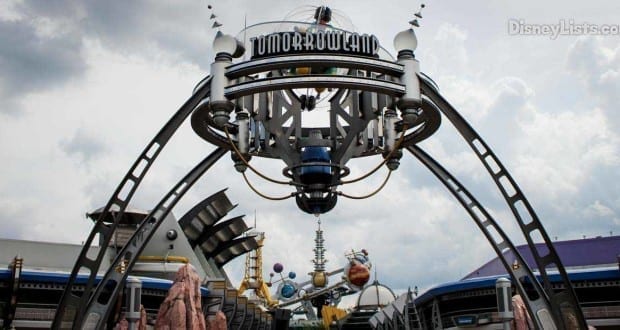 Sometimes we’re tempted to think that every single idea the great folks at Disney World come up with will of course be perfect, but Disney doesn’t always hit home runs when they introduce new attractions. In fact, sometimes the attractions are so universally hated it’s hard to believe they last as long as they do. With upcoming closures along with reports from inside Imagineering, it looks like Magic Kingdom’s most hated attraction is not long for this world. Operational changes are coming that will leave the attraction closed on all but the busiest days.

Multiple Disney related news sites are reporting that Stitch’s Great Escape is scheduled to change to a seasonal operation schedule beginning on October 2nd.  The attraction will be closed most days with it scheduled to be open only from November 19 – 26 and December 17 – January 2.  These two blocks are among the most popular weeks at Walt Disney World when all attractions receive a longer than average wait time.  Outside of peak seasons the wait times for Stitch’s Great Escape are typically minimal and many guests report this as a ride that is acceptable to skip or bypass in order to focus energy on other attractions.

There have been rumors circulating about the attraction for a while with the possibility of a Wreck-It Ralph attraction reported to be in the works to take over.  The seasonal operation schedule is just another nail in the coffin as far as Disney fans are concerned.  The only Disney attraction to move to a seasonal schedule and make a grand return to a normal operating schedule is Walt Disney’s Carousel of Progress, which holds a special piece of nostalgia at Disney World.  Stitch’s Great Escape just doesn’t have this nostalgia or appeal, so no one will be surprised when a permanent closure is announced.

As always, we will keep you posted as we learn more about the future for this attraction and other changes around Walt Disney World.

Each area of Walt Disney World is special in its own way through beautiful details, amazing attractions, unique experiences, and world class entertainment. Guests can spend so much time exploring the theme parks, water parks, Disney Springs, and Disney Resorts that they are sure to find specific places to completely fall in love with. The Magic Kingdom is the favorite park of many guests since it was the original one that opened with the Walt Disney World Resort in 1971. The Magic Kingdom is filled with differently themed lands which feature unique attractions, entertainment, dining, shopping, architecture, and experiences. Of the different lands, many guests love to spend time in Tomorrowland thanks to its thrilling and classic attractions, unique theme, beautiful lighting, and wonderful experiences. With so many amazing things in one place, it is no wonder why so many guests simply adore Tomorrowland. Here are the top seven reasons why guests love Tomorrowland in Walt Disney World’s Magic Kingdom.

When guests picture Tomorrowland in the Magic Kingdom, many immediately think of a thrilling attraction which is a fan favorite. Space Mountain has been thrilling guests since 1975 and invites them into the intergalactic hub Starport 75. There guests can board rockets on either the Alpha or Omega tracks and blast off into space for a thrilling adventure in near darkness. With sharp twists and turns and sudden drops, guests are sure to absolutely love visiting Space Mountain while in Tomorrowland. Since the attraction is so popular, guests should plan on visiting either first thing in the morning or booking a FastPass to avoid losing lots of time waiting on a long line. While Tomorrowland is beautiful during the daytime, at night it becomes an entirely different place thanks to incredible lighting. Every square inch of Tomorrowland is lit in vibrant neon colors which add a wonderful energy and constant motion to the land. With the futuristic feel of neon and kinetic energy, Tomorrowland truly feels like a modern day intergalactic space hub for creatures from all galaxies. Guests who visit the Magic Kingdom definitely need to spend time in Tomorrowland at night simply enjoying the lights.

One of the most popular attractions in Tomorrowland brings guests into the fictional world of Pixar’s Toy Story. Buzz Lightyear’s Space Ranger Spin invites guests to join Star Command for the chance to be a galactic hero while facing off with the Evil Emperor Zurg. Guests can compete against each other to see who can get the highest score while taking aim at targets to collect power from Zurg. With plenty of difficult and moving targets, guests love the challenge of scoring as many points as possible on Buzz Lightyear’s Space Ranger Spin!

A unique touch that many guests love to enjoy in Tomorrowland can be found over near the entrance to Cosmic Ray’s Starlight Café. There is a small cluster of futuristic trees which feature modern geometric cutouts and shapes. These angular trees feel so futuristic that guests truly believe that they might be in another galaxy. Small details such as these trees are what help make Tomorrowland so beautifully themed and enjoyable. 6 – View From The Astro Orbiter

Found high above the walkways of Tomorrowland is an attraction which offers sweeping views of the land and the Magic Kingdom. The Astro Orbiter brings guests above the loading platform for the Tomorrowland Transit Authority PeopleMover and has them board rocket ships to blast off. Guests who are brave enough for the Astro Orbiter can enjoy whizzing past planets and taking in spectacular views, especially at night. For a totally unique experience, guests should try and plan their ride on the Astro Orbiter to coincide with Wishes Nighttime Spectacular for a truly out of this world experience!

Another attraction that guests truly adore in Tomorrowland is a classic that dates all the way back to the 1964 New York World’s Fair. Walt Disney’s Carousel of Progress invites guests to move throughout the entire century with one family to see how technology and progress have made life more convenient. Guests can enjoy sitting in a theater that rotates around each scene and see how the family changes throughout the years. While it’s true this attraction is in desperate need of an update, with beautiful details and the catchy song “There’s A Great Big Beautiful Tomorrow,” guests are sure to love enjoying Walt Disney’s Carousel of Progress while visiting Tomorrowland!