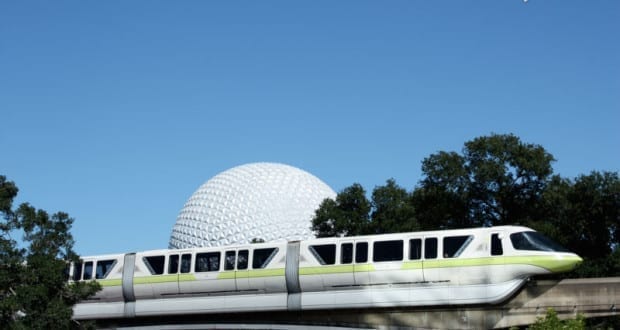 The weekend before Thanksgiving saw this year’s east coast D23 event come to life at the Contemporary Resort Convention Center at Walt Disney World. Well over one thousand of the biggest fans of all things Disney showed up to celebrate the parks, the movies and the legends of Disney Imagineering, and to hopefully be present for some big announcements. We weren’t disappointed. One of the major topics of discussion in several sessions was the upcoming debut of Pandora in Disney’s Animal Kingdom. You can read our article on the Pandora details along with newly released concept art by clicking here.

The other big news had to do with two big rumors that have been circulating for some time now, one regarding Tower of Terror and the other an overhaul of Epcot. Bob Chapek, Walt Disney Parks & Resorts Chairman, addressed both and offered news that is sure to thrill most Disney fans.

The first rumor Chapek addressed was that Tower of Terror would be getting a Guardians of the Galaxy makeover. This rumor gained traction as the same makeover was not only announced for the California Adventure version, but construction began almost overnight. However, Chapek put to rest any lingering rumors or fears that the same would happen at Hollywood Studios by stating rather definitively that changes were not in the works in Florida.

The second rumor picking up steam over the years was that Disney was planning a complete overhaul of Epcot similar to the reimagining of California Adventure. Epcot, particularly Future World, is in desperate need of a reboot that will bring the park fully into the 21st century and provide some sort of cohesive theme. Chapek confirmed this rumor and stated that he had, “instructed Imagineers to dream big” when it came to a redesign of Disney World’s second park. He also assured fans that the reboot of Epcot would be true to the original vision of Epcot.

Disney is currently working full steam on its update of Hollywood Studios and the Epcot reboot is early in its initial design phase. As such, the announcement was understandable very short on details. We will be watching closely over the coming years for more announcements and lots of details. In the meantime, below is a related article from two of our writers, Mike and Jamie, on a few things that need to be done to help fix Epcot.

The newest attraction at Epcot is the Frozen Ever After ride which took the home of Maelstrom. Frozen fans LOVE this attraction and while we feel like it’s a fun ride, we don’t consider it a headliner attraction. Soarin’ has a new film and again is amazing, but not necessarily a headliner. Epcot needs that attraction that folks can’t get enough of – such as Hollywood Studio’s Rock ‘n’ Roller Coaster or Toy Story Midway Mania; Animal Kingdom’s Expedition Everest or Kilimanjaro Safaris; or Magic Kingdom’s Seven Dwarf’s Mine Train and Space Mountain. We feel like Epcot needs a timeless attraction in the form of a thrill ride as a headliner as well as a family friendly attraction that keep the guests coming back time and time again.  In July 2016, rumors were flying when test balloons were seen over the Universe of Energy Pavilion. Rumors have been swirling that this new attraction would feature a Guardians of the Galaxy theme and that the attraction will be a roller coaster based on that theme. We’ll have to keep waiting to see what is coming!