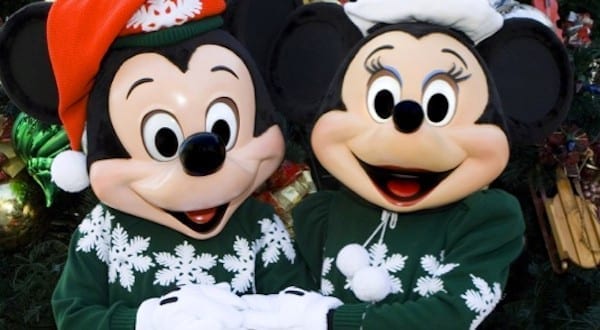 While there is always something new going on at Disney World, there are some times when the news comes in an avalanche. The past couple weeks have been one of those periods. One big reason for this was the recent D23 event “Destination D Amazing Adventures” held at the Contemporary Resort at Disney World in Orlando, Florida. Anytime Disney hosts a D23 event we sit at the edge of our seats waiting for news. We didn’t have to wait long and we weren’t disappointed. Just a few things revealed at the D23 event were new Magic Band designs, more Pandora details and concept art, and word on a couple major rumors around the parks. Beyond this there was even more happening in the world including Disney testing new ticket options, a blizzard of new holiday happenings, new dining, Black Friday specials and more. Details below.

First, guests of the D23 event were treated to the reveal of the MagicBand 2, which will start shipping to annual passholders in December 2016 and resort guests in January 2017. We were thrilled to get our hands on these new bands and love the flexibility they offer. For more details and lots of read our complete article here.

2 – Epcot Will Undergo Major Changes in the Future

One of the biggest rumors this year was that major changes would be coming to Epcot. Disney Parks & Resorts chairman addressed this rumor along with another that has fans of Twilight Zone Tower of Terror fans frightened to death. Read all the details in our full article here.

The opening date for Pandora, the new Avatar inspired land in Animal Kingdom, was finally revealed (or at least narrowed down). Pandora will open in summer 2017. Disney also revealed a bunch of new details on rides, theming, dining, shopping and back story. For more information, along with newly revealed concept art, be sure to check out the full article here.

A brand-new ticket option is available for a limited time which brings some extra savings. The 4-Park Magic Tickets is a great option for families who are looking to visit each park for one day on 4 separate days. With this ticket, you receive one day of admission to Magic Kingdom Park, one day of admission to Epcot, one day of admission to Disney’s Animal Kingdom park and one day of admission to Disney’s Hollywood Studios. This ticket may not be used to enter the same park more than once. For ages 10+, this ticket costs $279, which breaks down to $69.75 for each day. For ages 3-9, the price is $259.00. A regular 4-Day ticket with admission to one park per day is normally $325 for ages 10+ and $305 for ages 3-9, so you are saving $46 per ticket. This ticket option will only be available for purchase through March 5, 2017. Tickets must be used within 14 days of first use or by May 26, 2017 and have the following blackout dates: December 17, 2016 – January 2, 2017 and April 10 – April 21, 2017. Tickets can be purchased online, at any Disney World ticket center or through your Disney Travel Agent.

A brand-new event was just announced! The Epcot International Festival of the Arts is coming to Disney World in January 2017. The event will run from January 13 – February 20, 2017. The event will combine visual, culinary and performing arts for six weekends. Here are more details from Disney cast member Victoria Lim:

From the art of Disney historical artist Mary Blair and Herb Ryman art of Epcot to current Disney artists Joe Kaminski and Costa Alavezos, you’ll not only be surrounded by incredible visions, you’ll watch the creative process live.

In the inaugural year of the Epcot International Festival of the Arts, a collaboration with Disney Theatrical will bring an exciting new showcase of favorite music and Broadway talent to the America Gardens Theatre stage.

Over the six weekends of the festival, park Guests will enjoy different pairings of phenomenal Broadway talent in concert, performing songs from some of Disney on Broadway’s award-winning shows, including The Lion King, Newsies, and Aladdin, to name a few.

And then you’ll feast on creations that look almost too good to eat, but you won’t be able to resist our Food Studios. Your eyes and taste buds will battle over which sense is getting the better treat.

The Epcot International Festival of the Arts will run Fridays through Mondays, and unveil brand new art each week. That means, you’ll want to return each weekend for an original experience.

PizzeRizzo, Disney’s Hollywood Studios newest restaurant, is now open. PizzeRizzo is in the old Pizza Planet location in the Muppet Courtyard. This Italian quick service restaurant features a variety of pizzas (vegetable, cheese, pepperoni, meat lovers), a meatball sub, and antipasto salad. Kids meals include a cheese pizza, a mini-chicken sub, or a Kid’s Mickey Check Meal – Power Pack. Desserts include tiramisu and cannoli. Be on the lookout for our full review of this restaurant and how it compares to Pizza Planet. For now, enjoy the pictures of the restaurant. Photos by Disney.

A brand-new home store is opening on November 23, 2016, just in time for the holiday season. D-Living. The home décor store located in the Town Center, will featured a curated assortment of Disney-themed products and more that changes with each season. For the holiday season, the store will highlight holiday decorations, a selection of Disney-inspired furnishings, housewares to make every home magical and bright.

Due to popular demand, Club Villain at Sunset Showcase in Disney’s Hollywood Studios has been extended. This special-ticketed event is filled with fabulous performances, delicious food, bewitching cocktails and enchanting encounters with some of the greatest Disney villains. And now, more nights have been added through the end of the year. Shows will be hosted every Friday and Saturday night in November and December and on Friday nights in January. This two-hour show experience will take place inside the Sunset Showcase.

Club Villain provides a spellbinding evening for your Clients to enjoy fiendish concoctions from the Potions Bar, savor culinary delights from New Orleans and beyond, mingle with the villains and dance the night away! The mysterious Dr. Facilier is host of Club Villain, welcoming his guests and friends from the other side to his parlor of mystical mishaps, with musical numbers and a wicked mix from his house DJ. Also, stopping by to socialize are those divas of evil, Maleficent, Queen of Hearts, Cruella De Vil and the Evil Queen.

The price is $129 per person (tax and gratuity included) and includes decadent delicacies with alcoholic and non-alcoholic beverages. Advanced reservations are recommended by calling 407-WDW-DINE or online at Disneyworld.com/Dine. A separate ticket admission to Disney’s Hollywood Studios is required.

Even though the holiday season is in full swing, it’s never too early to plan for spring training! The Atlanta Braves’ 20th annual Spring Training Schedule has been released. For the 20th straight season, the team will be holding spring training at ESPN Wide World of Sports Complex at Disney World. Here are all the details from cast member Darrell Fry:

The spring schedule once again includes some matchups against Major League Baseball’s marquee teams, including four opponents – the Toronto Blue Jays (Feb 25), the American League East champion Boston Red Sox (March 3), the Baltimore Orioles (March 28) and the New York Mets (March 10, 25 and 29) – who each reached the post-season earlier this year.

On top of that, the New York Yankees (March 9) are on the 18-game home schedule along with the Philadelphia Phillies, Detroit Tigers, Houston Astros, St. Louis Cardinals, Miami Marlins, Pittsburgh Pirates and Baltimore Orioles.

The Braves players begin arriving at Walt Disney World in mid-February and then open up the spring season here against the Blue Jays on Feb. 25. Tickets go on sale on Dec. 12 at braves.com/springtraining, as well as through Ticketmaster outlets (800-745-3000) and at ESPN Wide World of Sports Complex Box Office.