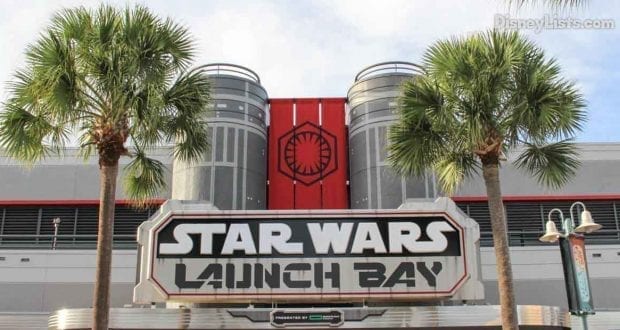 Star Wars fans were recently treated to the news that Star Wars Land will be opening in Disney’s Hollywood Studios sometime in 2019. However, as many know, you don’t have to look to far to see a strong presence of the Star Wars Force already at Disney World. And the Force just got stronger as Disney announced an additional Star Wars character meet & greet coming Star Wars Launch Bay. More details below.

(For a list of the many other Star Wars related offerings at Hollywood Studios, check out the related article at the end of this news story)

Here are all the details from Disney Cast Member Jennifer Bickley-Baker:

Guests at Disney’s Hollywood Studios will have more Star Wars fun to look forward to this spring when BB-8, the loyal droid from Star Wars: The Force Awakens, begins character greetings at the park’s Star Wars Launch Bay.

BB-8 will appear in addition to Kylo Ren and Chewbacca, two characters from the Star Wars galaxy who guests regularly encounter at Star Wars Launch Bay. In addition to character greetings, the location also offers guests the chance to explore galleries full of treasured memorabilia and authentic replicas of large-scale Star Wars artifacts, including some from the latest film in the franchise, Rogue One: A Star Wars Story.

Star Wars Launch Bay is just one experience that has debuted at Disney’s Hollywood Studios to the delight of Star Wars fans over the past two years: “Star Wars: A Galaxy Far, Far Away” daytime show features characters from around the Star Wars galaxy; while the guest-favorite “Star Wars: A Galactic Spectacular” nighttime spectacular lights up the park each night. Guests age 4-12 can also become Jedi recruits and put their skills to the test in an unforgettable battle against villains like Darth Vader or the Seventh Sister Inquisitor. And just a few months ago, the park’s Star Tours – The Adventures Continue attraction began offering guests randomized destinations, making different planetary destinations possible for every galactic journey.

We’re thrilled that our favorite droid is coming to the Launch Bay! “This spring” is a very wide window for an opening. We’ll update you as soon as we learn of a more specific opening date. Be sure to sign up for our newsletter so you don’t miss any Disney news!

The building excitement around the return of Star Wars to theaters has been palpable. Star Wars mania is back and bigger than ever. Fans of the original series have grown up and can’t wait to share their love and excitement of the saga with their kids and grandkids. George Lucas and Disney World have enjoyed a long relationship that has brought the magic of the Indiana Jones and Star Wars movies into the parks. In August of 2015, Disney announced news that fans were waiting for: Star Wars Land would be coming to Hollywood Studios! While the land is set to open in 2019, fans don’t need to wait years to experience a Star Wars themed day. Whether you are a young padawan or master Jedi, here are nine ways to have a Star Wars Day at Disney’s Hollywood Studios.