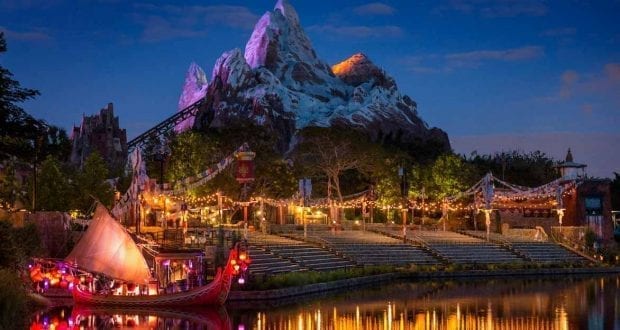 Rivers of Light: Everything You Need to Know About Disney’s Animal Kingdom’s Nighttime Spectacular

Editor’s Note: Rivers of Light has officially been retired. The show will not be returning and at the time this note was posted there have been no details on whether the show will be replaced.

1 – What Exactly Is Rivers of Light?

You’ve heard the excited chatter, but what exactly is Rivers of Light? With nighttime entertainment doing exceedingly well at Magic Kingdom, Epcot, and now Hollywood Studios – Animal Kingdom was missing out! While keeping the animals in mind (fireworks are too loud), Animal Kingdom set in motion a nighttime show that features technology such as lasers, floating set features, water fountains, mist screens, fog, lights, fire effects and more all in an amphitheater setting. The outdoor theater is situated in Discovery River lagoon nestled between Discovery Island and Expedition Everest. In a few simple words – Rivers of Light is the newest outdoor show which tops off Disney World’s already paramount entertainment options. 2 – The Story Behind the Show

Have you ever heard of the Northern Lights? In some cultures, these Northern Lights are known as “Aurora Borealis” or “Rivers of Light”. Taking center stage, the “Rivers of Light” (represented by fireflies in flight) is a celebration of all living things – shared in four elements which are represented in four animal spirits. The four elements and their animal spirits are:

These animal spirit guides are brought forth in the form of four, impressively large Asian-inspired lantern floats. Mystical “storytellers” named Aseema and Aditya (with an apprentice at each of their sides) don’t verbally tell a story with words, but rather set out on their vessels to bring the gift of light to the river through an incredible musical score, theatrical imagery, and detailed special effects. Watch as the Discovery River lagoon truly becomes the “Rivers of Light” as light is shown on the animals and nature being celebrated as one. The moment you gaze upon the Rivers of Light Amphitheater, you’ll be in awe of the intricate details that exude from something as simple as seating! In fact, the seating is part of the storytelling! Disney Imaginners say that this amphitheater is split by the Discovery River, which forms two “villages” on the two separate embankments – the Serka Zong Marketplace and the Discovery River shoreline. Join the show and you’ll be seated in one of the amphitheaters 5,000 seats in these areas and even “welcomed” into the village. Be especially on the lookout for lotus flowers which are important symbols throughout Asia representing enlightenment. Even gates and doors have special symbols such as a “skydoor icon” that is supposed to protect from evil spirits. Tiered stacked stones, colored prayer flags, garlands, lanterns, tangled wire, and bells all share a sense of Eastern World culture.

As with any new addition to Disney World, you can expect show times to vary depending on popularity and crowd size. There are nights where Rivers of Light is scheduled for two shows (typically 7:15pm and 8:30pm). Each show runs roughly 15 minutes. We have however seen on the calendar when it is scheduled for one performance per night which will likely be held at 7:15pm. Be sure to check your Times Guide upon entrance to Animal Kingdom for the most up-to-date schedule.

5 – Check Out the Dining Package

This is an especially great way to see Rivers of Light if you were planning to have a meal at either of these restaurants anyway! Plus, Tusker House and Tiffins are Dining Plan eligible. Plan to make your dining package reservation 180-days in advance. 6 – Merchandise “Made with Magic”

Remember that lotus flower symbol mentioned above? You’ll immediately begin to see this symbol representing the Rivers of Light through the variety of merchandise recently released. Lotus logo products include attractive apparel for both adults and children, magnets, pens, trading pins, bottle stoppers, and so much more! Annual Passholder? Check out the unique t-shirt created especially for passholders. The most exciting merchandise in our opinion is the new animal-themed totem pole wand joining the “Made with Magic” collection. This wand allows guests to become a part of the show by lighting up in time with or in the same color scheme at select nighttime spectaculars at Disney Parks.

To wrap up this “everything you need to know” guide for Rivers of Light – we feel it’s important to throw out some awesome facts that make Rivers of Light truly spectacular!

We know we aren’t the only ones excited that the long-awaited Rivers of Light has finally arrived! We’ll see you at the show!