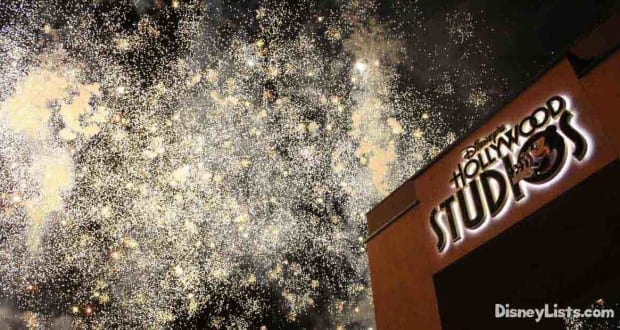 Star Wars: A Galactic Spectacular at Disney’s Hollywood Studios – What You Need To Know

There is no doubt about it – “the FORCE” has officially taken over at Hollywood Studios! Star Tours, Jedi Training, Launch Bay, Kylo Ren, Chewbacca…and of course, Star Wars: Galaxy’s Edge. To cap off an excellent Star Wars filled day at the park, Hollywood Studios presents an epic nighttime experience known as Star Wars: A Galactic Spectacular. Here’s what you need to know!

End your evening at Hollywood Studios by heading over to Animation Courtyard located in front of the Chinese Theater. This large area that once held the Sorcerer Mickey hat icon Hollywood Studios used to be known for, has now become a place of gathering for this 14-minute nighttime spectacular that takes place at park closing. More than just a simple fireworks show, Galactic Spectacular boasts state-of-the-art projection effects, incredible lighting, lasers, fire, hair standing on the back of our next awesome music, and yes… fireworks!

Be part of the show with the large Chinese Theater turning into a wall of projection in front of you! The palm trees that make Hollywood Studios so iconic might sway into your view slightly, but for the most part they go unseen as if they too are blending in with the show. A Galactic Spectacular is almost like a mini-movie with highs and lows that are portrayed through the projected battle scenes, favorite Star Wars character conversations, and famous character one-liners. Most importantly, the fireworks, lasers, fire, and especially the music make the Star Wars saga come to life. Catch glimpses of Tatooine’s twin suns, battle droids, an asteroid field, the Death Star – plus all the favorite Star Wars characters. We highly recommend arriving 30-40 minutes in advance of the show to grab a primo standing spot with the Chinese Theater in front of you. We actually don’t suggest getting too close to the Chinese Theater, but rather stand towards the back of the taped viewing area. We’ve learned that standing back is actually better viewing because of the mass size of the projection. Your best bet is to look to see where the Galactic Spectacular Dessert Party reserved viewing space is and try to stand close to that! Before you get to your viewing area, you might want to grab a snack at one of the local spots to bring with you as a great way to distract both yourself and your party until the show begins!

Looking for some “out of this world” Star Wars desserts, drinks, and even better… reserved viewing location?! The Star Wars: Galactic Spectacular Dessert Party is the way to go! We personally thought this special ticketed party was an absolute blast. The food (Darth Vader cupcakes!) and drinks (alcoholic beverages included) are fantastic. Plus, being treated like a VIP is also nice every now and then! The current cost is $79 per adult (10+) and $45 for children (3-9) – with tax and gratuity included. We especially loved our souvenir Chewbacca steins! If it’s in the budget or if you are just looking for a good splurge – this might just be the way to go for your family.

Well, we hate to be the bearer of bad news – but sometimes in life, you have to choose! Hollywood Studios nighttime entertainment is one of these moments. We believe for crowd size reasons, Fantasmic usually takes place 30 minutes before park closing. Galactic Spectacular takes place at park closing. With Fantasmic being a 30-minute show, it is impossible to finish Fantasmic and hurry through the crowds over to catch all of Galactic Spectacular. That doesn’t mean Fantasmic folks won’t have a chance to catch a glimpse of the closing of Galactic Spectacular, but you can count on missing most, if not all of it. Talk it over with your party to see which show is a priority before arriving! A couple of simple extras we’ve learned along the way…