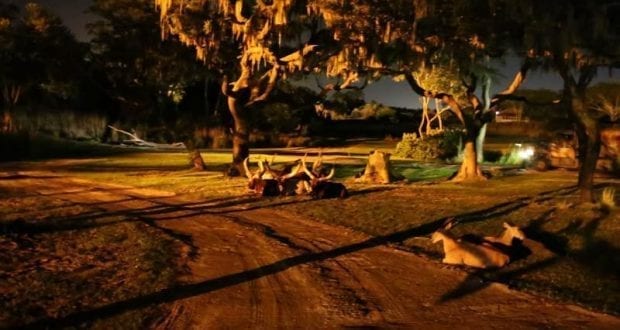 Posted by: D.W. Noonan in Slideshows

Disney’s Animal Kingdom is now a full day park with extended hours in the evening. During these nighttime hours, Kiliminjaro Safaris has been running a new show featuring the nocturnal habits of their wild residents. Though darkness may present some viewing challenges, Disney World installed accent lighting throughout the ride to help riders get a glimpse of the animals’ activities. It may be more difficult to snap a photo of that rhino taking a mud bath, but at least you can witness its evening routine.