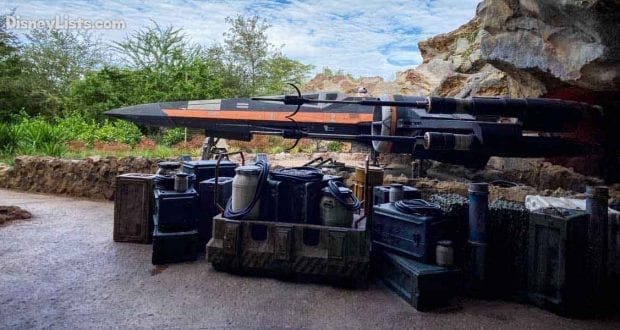 Posted by: Caitlin Corsello in Slideshows

7 -Star Wars: Rise of the Resistance

Star Wars: Rise of the Resistance places you in a climactic battle with the First Order. The queue sets the stage for your recruitment with the Resistance. You’ll find the Resistance’s temporary encampment in the forested area along the outskirts of Black Spire Outpost on Batuu. The gateway to the encampment is marked by a large turret. From there, a pathway leads deeper into the forest toward towering cliffs and the crumbling remains of an ancient civilization. While some of the queue is outside, most of it is inside, which will be welcome in the hot summer months. You’ll weave through low stone walls, timeworn pillars, and tight corridors as you progress farther into the base, hearing military communications chatter along the way. The first section of the queue is quite long, with many chambers. Be sure to look at all of the items along the way while you’re waiting!