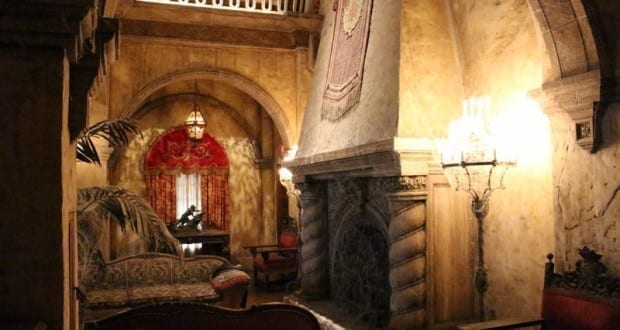 Posted by: Caitlin Corsello in Slideshows

Disney World’s Hollywood Studios is home to one of the most ominous attractions in Walt Disney World. The Twilight Zone Tower of Terror is housed in the abandoned Hollywood Tower Hotel which looms at the end of Sunset Boulevard. The attraction brings guests into an episode of The Twilight Zone where they are the stars as they relive a fateful night that occurred many years ago. The queue for The Twilight Zone Tower of Terror is one of the most detailed in all of the four theme parks, and immediately immerses guests in the story. After passing through the gates of the attraction, guests wind their way through a foggy garden where screams and jazz music echo in the background. Once inside the lobby of the Hollywood Tower Hotel, guests immediately can sense that something strange happened as there are personal items and luggage simply left behind covered in years’ worth of dust. With props from the television series and an incredible amount of detail everywhere one looks, the queue of The Twilight Zone Tower of Terror is one of the best in Walt Disney World.