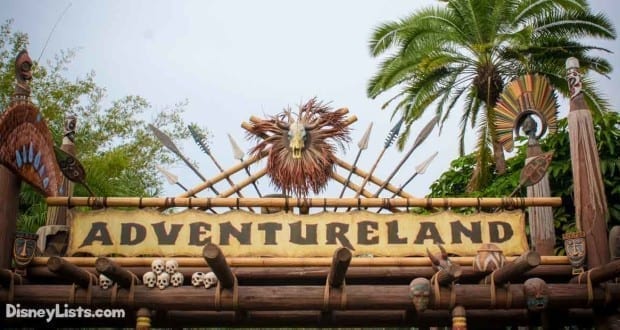 Guests who visit Walt Disney World are sure to have an amazing time and want to always remember the fabulous memories made while enjoying time in the parks, Disney Resorts, and Disney Springs. One of the easiest ways to capture the magical moments and remember those fond memories is by taking lots of photographs throughout the vacation. While guests are encouraged to take their own photos throughout their vacation, Walt Disney World also offers up some unique opportunities where guests can enjoy some amazing photographable moments.

Several attractions scattered throughout the four theme parks in Walt Disney World feature strategically timed photos which capture guests at exciting or pivotal moments in that experience. The resulting photos are always a great way to remember the experience and the fun that guests had, and there are certainly ways to make those photos as amazing as possible. Disney has announced the addition of a classic attraction that will now feature a fun attraction photo. Get all the details below.

Here are all the details from Disney Cast Member Emily Southard:

Beginning June 19, Disney PhotoPass Service will be at the helm ready to capture whether a pirate’s life is for you, or if you’re more likely to strike your colors and run up a white flag.

As you prepare to exit a haunted grotto and dive into the Golden Age of Piracy, a Disney PhotoPass camera will capture the perfect treasure of your swashbuckling voyage. Properly warned ye be, says I!

To preview, purchase and download this attraction photo, you must be wearing an active MagicBand linked to your My Disney Experience account. Your photo will be automatically associated to your account, where it can be viewed at MyDisneyPhotoPass.com and in the My Disney Experience mobile app alongside all of your vacation memories from Disney PhotoPass Service. RELATED ARTICLE: 10 Facts and Secrets about Pirates of the Caribbean

Yo ho, yo ho, a pirate’s life for me!  Pirates of the Caribbean is one of the most beloved attractions at all of the Disney locations across the world.  It is a really fun and visually exciting attraction made utilizing Walt’s signature dark ride approach.  There’s just something about this swashbuckling attraction that keeps us all coming back time and time again.  Here are 10 facts and secrets about this fun adventure:

10 – The making of this attraction was the last one that Walt personally oversaw.

Walt used to personally oversee the attractions as they were being developed and created.  Pirates of the Caribbean at Disneyland was the last attraction that Walt personally oversaw the direction for.  Walt died in 1966 and the ride opened in 1967.

9 – The Disneyland version used to have real human bones.

When the ride first opened, there was real human skeletons that were used on the attraction.  Since then the human remains have been removed, but there is a rumor circulating that one human skull has been left in the attraction.  This is definitely rumor that hasn’t been effectively confirmed or denied. This probably isn’t overly shocking.  The thought of cannonballs going back and forth over our heads would be quite frightening.  The effect is actually accomplished by using lighting, blowing air and water splash effects in the water.  Looks pretty real, though, huh?

7 – The ride used to be much more suggestive.

The pirates used to chase women around in a suggestive manner.  The audio track also included giggles and suggestive noises. There have been a few variations to change this up to make the ride less suggestive.  They changed the women over to carrying food, so that it looked as if the pirates were going after the food.  The giggles and suggestive noises were also removed from the audio tracks so that is was a little more “family-friendly”.   Not every guest liked these changes to the more conservative side and nicknamed the attraction “Boy Scouts of the Caribbean”.


6 – You will hear the Haunted Mansion’s “Ghost Host”.

The actor who does the voice of the beloved “Ghost Host” is also the Auctioneer on Pirates of the Caribbean as well as the voice for the notorious line you hear on the attraction, “Dead Men Tell No Tales.”  The actor’s name is Paul Frees.  He voices several other pirates throughout the attraction, too!

5 – How they make the city look like it’s on fire.

The “fire” throughout the city is actually created using pieces of cloth, lights and fans to make the cloth move.  It is a very realistic effect and really sets the mood for the burning city.  It is rumored that an Anaheim fire chief was about to shut the ride down because he thought it was real fire!

There is a scene when you are walking through the queue for the ride where there is two skeletons playing chess.  The pieces on the board are set up to indicate that the two were at a stale mate and died trying to make their next moves.  Talk about dedication to the game! 3 – One pirate was censored.

Do you remember the pirate that is rotund and sitting in front of a barrel holding a key, and Jack Sparrow pops up out of the barrel?  That definitely isn’t how this pirate used to be displayed.  In the original version of the attraction, he was holding a pink petticoat.  There was a woman hiding in the barrel and the pirate was expressing innuendos and lust for the woman.  This was changed a couple times and then now has the focus on Jack Sparrow instead of lust.

When the attraction was originally built it cost a whopping $8 million to build.  This doesn’t include the money that has since been spent to make various additions to the attraction and complete scheduled refurbishments.