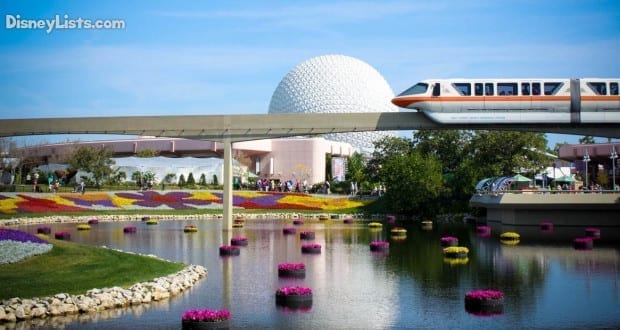 At the Orlando D23 event in November, 2016, Disney Parks and Resorts Chairman, Bob Chapek, hinted that major changes would be coming to Epcot as Disney would begin a massive reimagineering of the park that is beginning to show its age (at least in Future World). Now, at the recent D23 event in Anaheim, CA, Disney World unveiled the phase of Epcot development with the announcement of two new attractions coming to the park. More details below.

Epcot at Walt Disney World Resort will receive not one, but two new attractions inspired by popular films.

First, a “Guardians of the Galaxy”-inspired attraction will be added to Future World, adhering to the original vision of Epcot’s Future World as the place to experience the excitement and adventure offered by space travel.

Second, a Disney•Pixar’s “Ratatouille”-inspired attraction will also be added to the France Pavilion in World Showcase. The attraction will expand the pavilion. Similar to the 4-D attraction Ratatouille: The Adventure that opened at the Walt Disney Studios Park in Paris in 2014, guests will be able to shrink to Remy’s size and scurry to safety in a dazzling chase across a kitchen with the sights, sounds and smells of Gusteau’s legendary Parisian restaurant.

According to Disney leaders, both attractions will open in time for the 50th anniversary of Walt Disney World Resort in 2021. Check out all the other huge announcements from D23 by clicking here:

RELATED ARTICLE BELOW: Top 7 Things Disney Needs to Do to Fix Epcot

The newest attraction at Epcot is the Frozen Ever After ride which took the home of Maelstrom. Frozen fans LOVE this attraction and while we feel like it’s a fun ride, we don’t consider it a headliner attraction. Soarin’ has a new film and again is amazing, but not necessarily a headliner. Epcot needs that attraction that folks can’t get enough of – such as Hollywood Studio’s Rock ‘n’ Roller Coaster or Toy Story Midway Mania; Animal Kingdom’s Expedition Everest or Kilimanjaro Safaris; or Magic Kingdom’s Seven Dwarf’s Mine Train and Space Mountain. We feel like Epcot needs a timeless attraction in the form of a thrill ride as a headliner as well as a family friendly attraction that keep the guests coming back time and time again.  In July 2016, rumors were flying when test balloons were seen over the Universe of Energy Pavilion. Rumors have been swirling that this new attraction would feature a Guardians of the Galaxy theme and that the attraction will be a roller coaster based on that theme. We’ll have to keep waiting to see what is coming! (Surprise, rumor confirmed!)