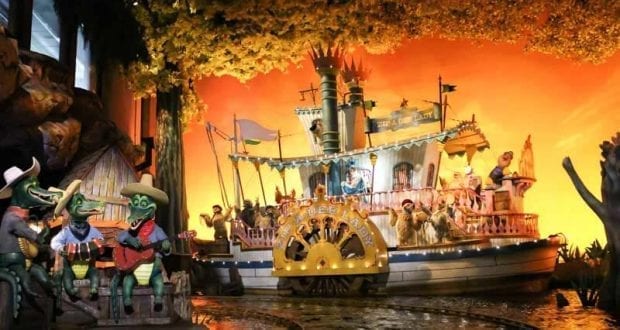 Posted by: Christy Caby in Slideshows

13 – Zip-A-Dee-Doo-Dah is the only song that remains a song that Disney plays.

So we already talked about how Disney really wants to forget about the movie “Song of the South” and what was included in it, but the song Zip-A-Dee-Doo-Dah is still a popular Disney fanfare that is played in the parks and appears on various soundtracks.  It is the only song from the movie that you can find on soundtracks, even though other songs are heard during different sections of the attraction.