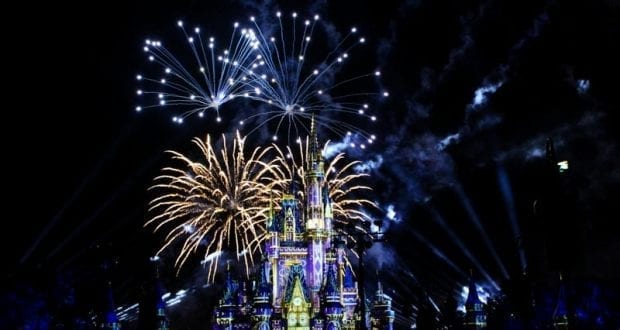 Top 10 Q & A About Magic Kingdom Park at Disney World

Posted by: DisneyLists.com Team in Slideshows

3 – What is Happily Ever After? What Happened to Wishes?

Wishes thirteen-year run ended in May 2017 and was replaced by Happily Ever After. This brand-new nighttime spectacular at Disney World is an entirely new kind of Disney storytelling; one that takes you on a journey filled with heart, humor and emotion. Guests become part of the journey themselves as they follow favorite Disney characters on an adventure to seek out their destiny, face adversity and ultimately fulfill their dreams on the road to their happily ever after. In addition to fireworks, the new show features more lasers, lights and projections than any previous show at the Magic Kingdom. The 18-minute spectacle features characters and scenes from numerous Disney and Pixar films, with an emphasis on the newer films from the last 10-15 years. These moments are featured through state-of-the-art projections, enhanced by more than 50 choreographed spotlights and brilliant lasers. This new show is fantastic. We loved it. To be honest, Happily Ever After is visually a pretty big upgrade over Wishes and breathes new life into the Magic Kingdom. It was great to see the current generation of kids connecting with the characters and stories they’ve been enjoying over the last decade and a half. You don’t want to miss it! Read all you need to know about Happily Ever After here.