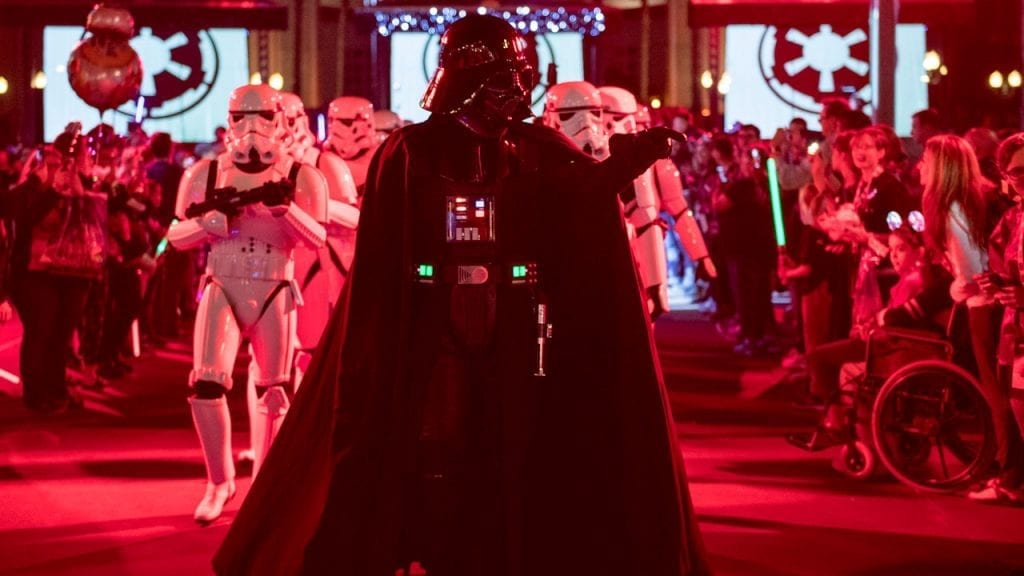 Star Wars fans… this one is for you! We are thrilled that Disney recently released their next Star Wars: Galactic Nights date which is to be held on May 27, 2018 at Hollywood Studios. On this evening, Hollywood Studios will close the park at 7pm, and invite special ticketed guests only to enjoy an epic Star Wars themed night not to be forgotten! Guests of all ages are invited to put on their best Star Wars costume and join in the intergalactic fun. The event will run from 7:00pm to midnight and is $124 per child and $129 per adult (plus tax). Disney is boasting little to no wait time on classic attractions like Star Tours – The Adventures Continue, Twilight Zone Tower of Terror, and Toy Story Mania just to name a few. The highlight for many will be the numerous Star Wars Character encounters! Check out the Star Wars themed projection show on Tower of Terror as well as the unforgettable Star Wars: A Galactic Spectacular fireworks and projection show. Photos ops and a DJ dance party will also be available. “Do or do not. There is no try!”