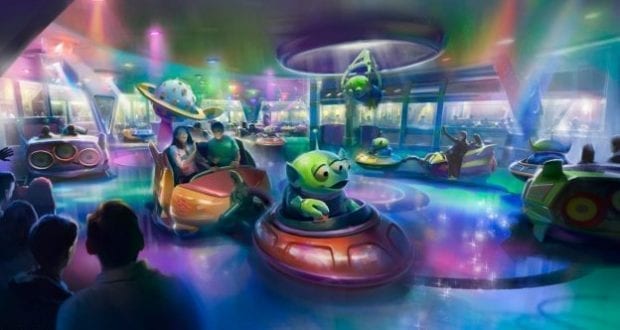 Disney World is definitely headed to “Infinity and Beyond” with the much-anticipated Hollywood Studios expansion, Toy Story Land. Set to open this summer (official date not yet released), we sit rather impatiently on the edge of our seats awaiting playtime! Much like Toy Story Mania, Toy Story Land is themed to make guests feel like they too have become Andy’s loveable toys. Play in Andy’s 11-acre backyard with two new attractions, one slightly relocated attraction, and a new eatery. The attraction we await most eagerly would have to be the Slinky Dog Dash which is a family-friendly coaster. I mean, who doesn’t love Slinky Dog!? The second of the new attractions is Alien Swirling Saucers. The cute little green aliens that came from Pizza Planet are said to try to capture your rocket toy vehicle with… you guessed it… “The Claw”! The slightly relocated attraction we mentioned is a new entrance location for Toy Story Mania which would only makes sense to be joined in with Toy Story Land. The attraction itself isn’t moving, but the entrance to gain access to the ride is. Lastly, we anticipate a new Quick Service location inside Toy Story Land called Woody’s Lunch Box. The Quick Service window has partnered with Mini Babybel to serve meals and old-fashioned soda floats. As soon as we learn of this summer’s opening date for Toy Story Land, we will be sure to let you know! In the meantime, we’d recommend some Toy Story family movie nights to prepare for the fun ahead.