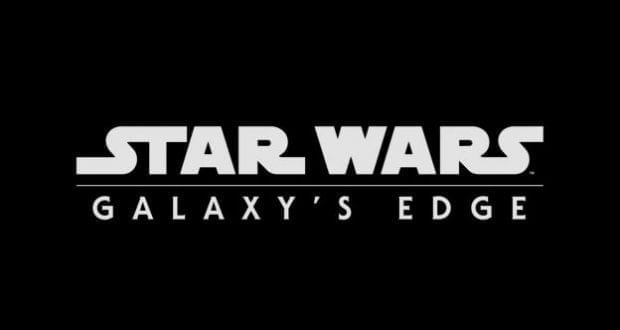 On Sunday, May 27 we enjoyed a fantastic evening at Star Wars: Galactic Nights. In case you aren’t familiar, Star Wars: Galactic Nights is a thrilling Star Wars-themed event held after hours from 7 p.m.-midnight. It celebrates the entire Star Wars saga with out-of-this-world entertainment, special photo opportunities, event-exclusive merchandise, food & beverages, along with encounters with rarely seen characters that guests can only experience during this event. One of the highlights of the evening was the Inside Star Wars: Galaxy’s Edge panel where new details about the upcoming Star Wars Land, Star Wars: Galaxy’s Edge, were announced. Catch all the details below.

Over at the Epic Theater, we found out what it’s like to bring the epic stories of Star Wars to life, from the big screen to the real world! It all began with a special introduction by legendary Star Wars actor and Star Wars: Galactic Nights event host Warwick Davis.

We were then joined by veteran Star Wars voice actor David Collins and team members from Walt Disney Imagineering on a journey into the development process and progress of Star Wars: Galaxy’s Edge—including new details about the land and how Imagineers are creating real-life versions of iconic Star Wars elements. We heard from the following imagineers: 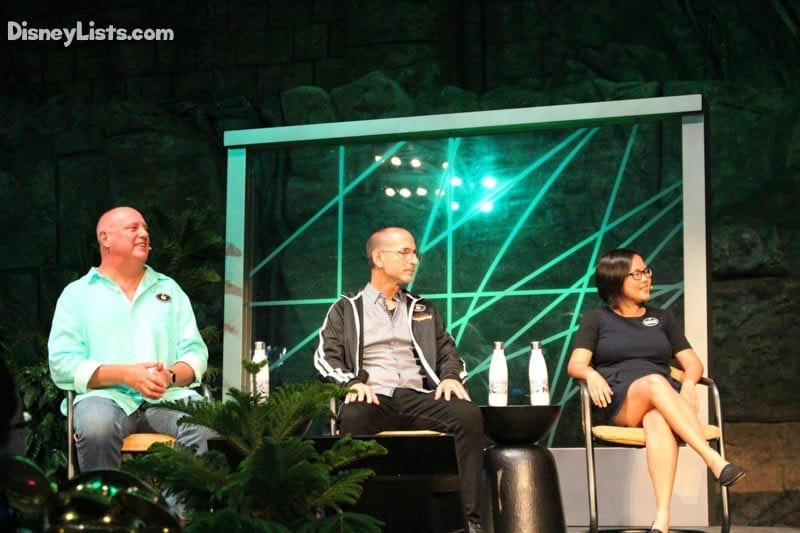 We were among the first to see new photos of the land’s progress, learn about construction updates and more details about the planet Batuu (the planet that we’ll be able to explore in Galaxy’s Edge). The 14-acre land is the single largest expansion ever at Disney Parks. It will be fully immersive and sounds amazing. Here are a few new details we learned at the panel:

Name of the Village Revealed

The name of the village we’ll be exploring was also announced. Here some details from Scott Trowbridge on the village in the new land.

Our story editor, Margaret Kerrison, shared for the first time that the name of the village is called Black Spire Outpost. She also shared some of the history behind the name and how this village is closely associated with the geological formations that surround it.

The largest settlement on the planet Batuu, Black Spire Outpost is an infamous stop for traders, adventurers, and smugglers traveling around the Outer Rim and Wild Space. Off the beaten path, this outpost has become a haven for the galaxy’s most colorful — and notorious — characters. Widely known for the petrified remains of its once-towering ancient trees, the spires now stand guard across the river valleys and plains and have long captured the imagination of travelers to this planet. To the first settlers, these petrified spires became more than just landmarks; they became the heart of the outpost itself.

They ended the presentation with a short video highlighting Black Spire Outpost. Star Wars: Galaxy’s Edge has an opening date of late fall 2019 for Disney’s Hollywood Studios and summer 2019 for Disneyland Resort.