Last year, Walt Disney World closed the entire land know as Rafiki’s Planet Watch, and rumors swirled that the closure was permanent. Thankfully, Disney later confirmed that it was a temporary closing and the area would undergo an extensive refurbishment. Disney has now announced the reopening of the land along with some changes and enhancements. Catch all the details below!

Like many of you, I have a soft spot in my heart for Rafiki’s Planet Watch at Disney’s Animal  Kingdom. So, I’m delighted to announce that Rafiki’s Planet Watch, the Affection Section and the Wildlife Express will fully reopen this summer. The area will include a few new enhancements and join the celebration of all things “The Lion King.” 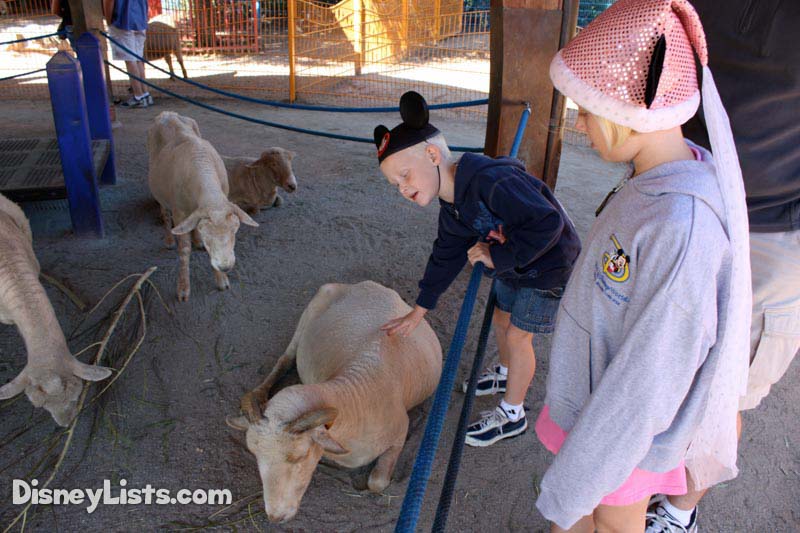 Rafiki’s Planet Watch will still include the animal encounters our guests love, as well as new experiences that draw from Disney’s rich heritage of wildlife animation, featuring a celebration of “The Lion King.” We cherish this special place where our guests and cast members can connect to the magic of nature and see the importance Disney places on animal care and conservation in our parks and around the world.

In the spirit of taking a page from “The Lion King,” Hakuna Matata!

The attraction isn’t just one thing to see and experience, it is actually a large grouping of different things.  You have sections that include an area where you learn about animal habitats, a petting area to brush and pet sheep and goats, area to learn about conservations, veterinary education, and live procedures, animal cams to view the animals while in their homes that are backstage, character encounters and so much more.  There is a lot to do and experience that it is so much more than just one attraction and is well worth the fun train ride out there. This train takes you on a 1.2-mile ride from Africa all the way to Rafiki’s Planet Watch.  On the way, you will see the backstage homes of many of the animals from the safari and the walking trail exhibits.  It is really neat to see their homes and a bit of how much the animals are cared for and the number of cast members that it takes to ensure that they are safe, happy and healthy.  The train goes all the way to Rafiki’s Planet Watch and then you can take a return trip right back to Africa.  The train is unique in that all guests face outward to the side in one direction rather than facing forward.  This allows them to prevent you from seeing what is behind you very easily, that may not be very show-worthy, and focus your attention on the areas that they do want you to see.  One of the locomotives is even named R. Baba Harpoor, which is a nod to one of the imagineers, Bob Harpur.

There really are live surgeries that are completed onstage behind glass for guests to witness.  These would be the more routine type of operations, but still exciting to watch.  These are typically done in the morning, so if you have an interest in getting to see this, then you should head over there first thing so that you don’t miss it.  You may not have the same opportunity later in the afternoon.