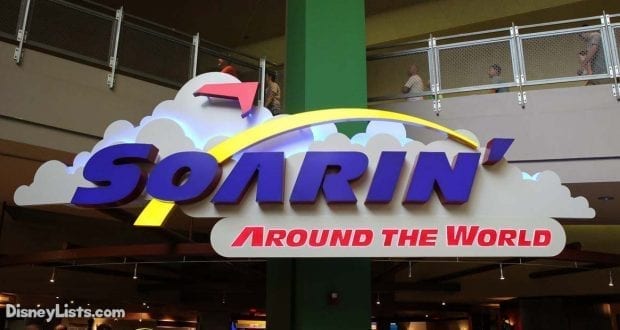 One of my favorite things about Walt Disney World is the smells. I love catching a whiff of something at home and instantly feeling transported to my happy place. I’ll peel oranges and think of Soarin’ Around the World, or I’ll catch hints of eucalyptus and jasmine from my shampoo, and pretend I’m riding Avatar: Flight of Passage. Disney is an expert in scent-induced nostalgia, and they even introduced the use of “Smellitizers” in their attractions. In fact, Disney scents are so popular that there are multiple brands of candles themed after Disney attractions and resorts that can be bought online. From the wonderful to the slightly weird, I have ten favorite scents from all over Walt Disney World.

My husband thinks I’m crazy for liking this smell, and when I bought a candle of it, he thought I had gone completely insane. However, I know a lot of other Disney fans enjoy this scent too. There’s just something about rolling past the burning of Alexandria in that slow-moving time vehicle. You breathe in the smoldering embers, and it smells like chopped wood. The scent instantly reminds me of a cozy campfire, and it’s definitely one of the attraction smells that stand out above the rest. Imagineers at Epcot knew the perfect way to make guests feel as though they were right in the middle of the Dark Ages.

9 – The Musty Water Smell on Pirates of the Caribbean

Every boat ride in Disney seems to have the same smell. It’s a scent that is indescribable, but so quintessentially “Disney.” It’s probably some sort of cleaning agent mixed in with the water on Disney boat rides that gives these attractions their distinctive smell, but whatever it is, it’s unique, and something non-Disney fans will never understand. I make sure to breathe it in whenever I’m about to board “it’s a small world,” or Splash Mountain, but it seems especially pungent on Pirates of the Caribbean. It might just be the chlorination, but the aroma of slightly stagnant water will always make me feel as if I’m in Disney World.

There’s a lot of great perks that come from staying in a Disney resort. But the best part is the line of H20 toiletries, complete with cute Mickey-shaped caps. They smell amazing, and I’ve been known to take home way too many by snatching a few extras off the MouseKeeping cart. The two scents found in the Walt Disney World resorts are orange and grapefruit, but there are also scents specially formulated for the Disney Cruise Line and Aulani. Of course, these products are sold at many gift shops on property, but there’s something about those travel-sized bottles that make me yearn for vacation every time I open them. 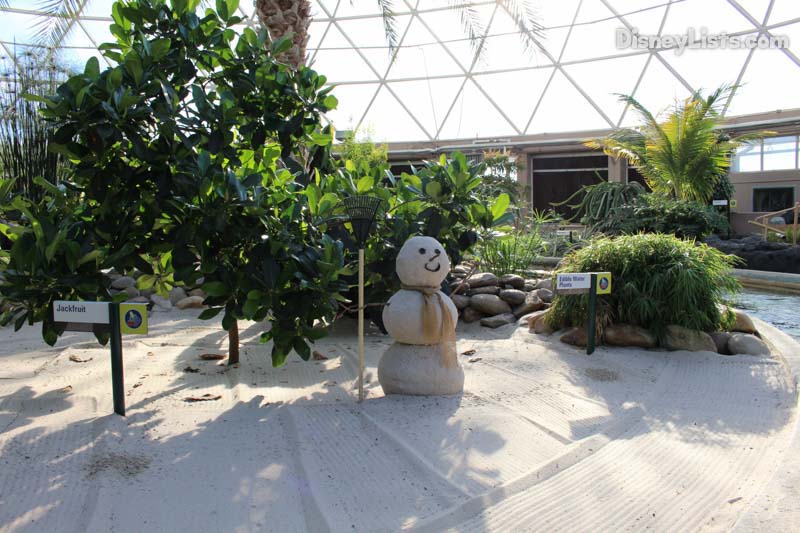 7 – The Land Pavilion at Epcot

I know that the Land Pavilion is home to a food court and a restaurant, which probably explains the delicious smells that always permeate the building. I love walking in and breathing in the scents of bread and seasonings from The Garden Grill and Sunshine Seasons. However, my favorite scents come from the Living With the Land boat ride. As you glide through the greenhouses, guests can get a whiff of some of the more fragrant herbs, flowers, and vegetables they see growing in front of them. I always smell vanilla and basil in particular, and my mouth practically waters. For me, there’s no better place in Disney to help one appreciate the scents and smells of fresh food.

The smell of the Polynesian hits you almost as soon as you approach the front doors. You pass by waterfalls and tiki torches and get a whiff of “musty water smell” before entering the air-conditioned lobby. As you’re greeted with a smile and an “Aloha,” you can almost immediately smell this sweet, flowery scent that all Disney deluxe resort lobbies seem to have- although this one has a smell of pineapple mixed in as well. The dole whip stand is right outside near the pool and the beach, and the fruity scent mixed with chlorination and sand transports me right into a tropical paradise. Whether or not you think dole whips are overrated, it’s hard to see pineapple and not think of a dole whip, or the Polynesian, when you smell one.

Main Street U.S.A is filled with tons of delicious smells. The aroma of coffee and pastries from the Main Street Bakery is tantalizing, no matter how daunting the lines appear. Scents of caramel and cotton candy waft out from the Confectionary and always cause me to stop in on my way out of the Magic Kingdom, purchasing a candy apple or two to take back with me to the hotel room. But my favorite Main Street scent comes from The Plaza Ice Cream Parlor, where the smells of vanilla and waffle cones are nothing short of heavenly. Some Disney fans say that the scent is actually pumped into the streets on purpose, but whether or not that’s true, it always makes me want to go in and purchase a sundae.

4 – The Cave Scene on Avatar: Flight of Passage

Avatar: Flight of Passage is a fantastic attraction on its own, but smells from the ride always amp it up a notch in my book. You can smell a fresh, flowery scent as you head through the link chambers, but the scent really comes through during the attraction, when your banshee stops to take a breath in the middle of a Pandorian cave. It is the most serene and beautiful part of the ride, and it always takes my breath away. I have no idea what the smell in this attraction actually is, but I wish I could bottle it up and breathe it in every day.

3 – The Pie Scent on Mickey’s PhilharMagic

Mickey’s PhilharMagic is, in my opinion, an underrated attraction at Magic Kingdom. It contains 4-D versions of all my favorite Disney songs, one, in particular, being “Be Our Guest.” Lumiere sings the iconic song to Donald Duck, and guests watch as soufflés and sweets fill the screen. When a pie shows up (and then explodes) in Donald’s face, the audience smells a sweet, delicious pie smell, making us feel as though we’re really in the scene with him. It almost smells like blueberry pie, and I wish they sold a perfume or candle of that scent in the gift shop! Another favorite part of that scene is the champagne bottles, as they emit sharp bursts of air over the theater. It smells like a bubbly strawberry, and that, combined with the pie, is enough to get me craving some serious sweets. 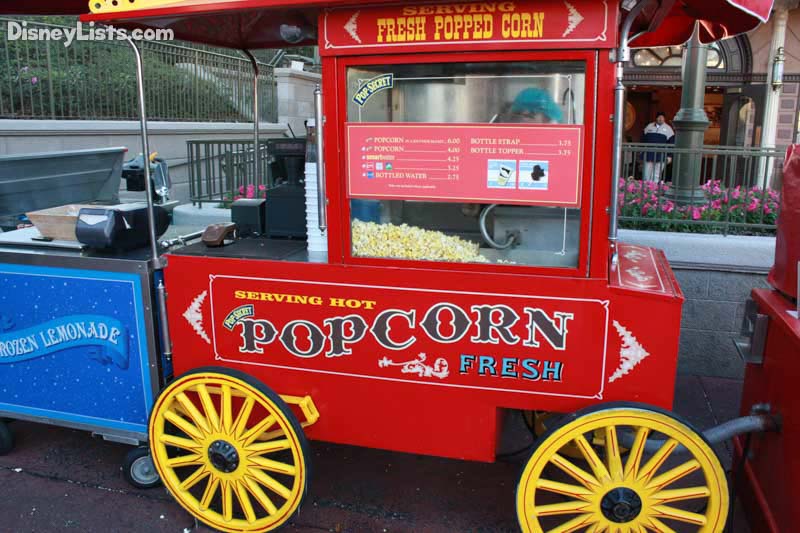 2 – The Popcorn Carts in Magic Kingdom

There’s something magical about popcorn- I only seem to crave it when I’m at the movies, or at Walt Disney World. There are popcorn stands all over the four theme parks, but for some reason, it’s the stands around Magic Kingdom that get to me the most. There’s regular popcorn, of course, but Frontierland has caramel popcorn, and the smell is simply to die for. Disney and freshly popped popcorn are synonymous in my mind, and I will always beg for a popcorn bucket of my own whenever I’m strolling through the theme parks.

1 – Soarin’ Around the World

Soarin’ has always been the one attraction where I hear guests rave about the smells as much as I do the ride. Yes, it is a fantastic attraction, but the scents are there to immerse you even further into the different lands you’re gliding over. During the ride, your nose is treated to aromas of salty sea breezes, hints of jasmine, and even dirt. It’s incredibly realistic and makes me yearn for the original Soarin’ Over California, where you could smell orange blossoms and fresh pine trees. Soarin’ is definitely a captivating experience, and one should experience it whether they like the smells or not. However, Disney certainly knew what they were doing with this ride- it’s enough to activate sight, touch, and sound along with the smell. Give it a go and treat your senses!