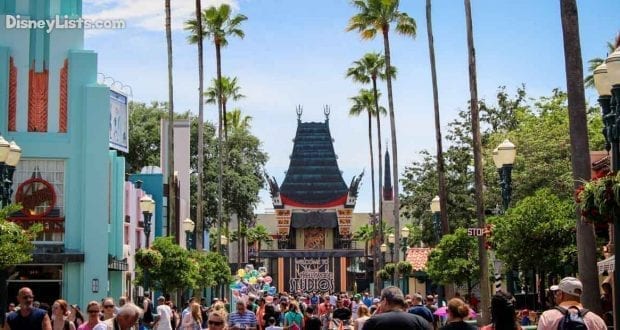 Being a Walt Disney World annual passholder has a lot of amazing benefits. We’ve been annual passholders for over ten years and have always been so thrilled with the benefits from getting early previews for Pandora – The World of Avatar, to enjoying VIPassholder nights. That’s why we’re so excited to share that Disney has announced passholder previews for Star Wars: Galaxy’s Edge later this summer, along with some other great benefits for passholders this summer. Catch all the details below.

If you’re a Walt Disney World Resort Passholder, you’re able to enjoy a full year of magic, and this summer you can take advantage of several new perks and benefits with special, limited-time offerings. From special ticket deals to exclusive merchandise opportunities and other experiences, now, more than ever, is the time for Passholders to explore the many options available to them at Walt Disney World Resort.

We’re excited to share that Platinum, Platinum Plus and Premier Annual Passholders will be among the first to experience Star Wars: Galaxy’s Edge at Disney’s Hollywood Studios, with complimentary special preview opportunities planned before the land’s opening on Aug. 29. Capacity is limited and will be available on a first-come, first-served basis. More information and registration details for previews will be shared at a later date.

New and limited-time Passholder offerings for this summer include:

For more information on these summer offers, visit DisneyWorld.com/APExtras.

These added perks join a host of offerings already available to all Walt Disney World Resort Passholders, including:

You can visit DisneyWorld.com/PassBenefits for more information on all Walt Disney World Passholder benefits.

Summer 2019 is an amazing time to visit Walt Disney World Resort, with new and beloved experiences at all four theme parks:

RELATED ARTICLE: 10 Things to Know Before You Visit Walt Disney World in the Summer

There are a lot of basic things that guests can expect when visiting Disney World in the summer. Mainly, the heat and the crowds. Temperatures can climb into the 90’s (with a heat index into the 100’s), and crowd levels can build steadily throughout the day. When you take into account that kids are on break from school, it goes without saying that June, July, and August are some of the busiest months of the year in Orlando. However, if you do your research and planning beforehand, and come with the right attitude, visiting Disney World during the summer can be more than worth it!

One of the best things about visiting Disney World in the summer is getting extended park time. To accommodate hordes of guests, all of the Disney parks will open around 9 a.m., and will often stay open past 9 p.m. Each park will offer Extra Magic Hours on select mornings and evenings, which you can take advantage of if you’re staying on-property. This gives you even more time in the parks, with opening times around 8 a.m. for morning EMH, and closing times around 11 p.m. or later for evening EMH. When the sun goes down, you can usually expect cooler temperatures and lower crowds. Definitely, plan on rising early or staying late to get the most out of your park days during the summer.

Before arriving at Disney during the summer, make sure you’ve booked your hotel and dining reservations in advance. You may be able to get some good FastPass+ selections on the fly, but getting a good rate on a hotel room, or a table at a popular Disney dining establishment, is near impossible during the busy summer season. Disney will sometimes offer summer deals on hotel rooms and ticket packages, so make sure to take advantage of those. Next, start making dining reservations as soon as you’re able- there is a slim chance you’ll be able to walk up to a restaurant and get a same-day table. Preparation is key for a summer in Disney!

8 – Prepare for the Heat

This one is obvious, but a lot of guests visiting from out of state usually don’t realize just how hot Florida can get. On some days, it can feel like you’re walking on the surface of the sun. Heat can not only bring out bad tempers in both adults and children, but it can also be dangerous- you want to avoid getting heat stroke on your vacation! Make sure to constantly stay hydrated (you can ask for free ice water at select Starbucks and counter-service restaurants in Disney if you forget to bring a refillable water bottle). Wear sunscreen and light clothes, and bring sunglasses and hats. Take advantage of shady areas, and visit indoor shops and attractions as often as possible. Don’t underestimate just how hot it can get during the summer in Orlando.

Pro-Tip: Keep in mind that glass bottles and containers are not allowed in the Disney parks. If you bring a refillable water bottle, make sure it’s plastic or made out of another sturdy material. 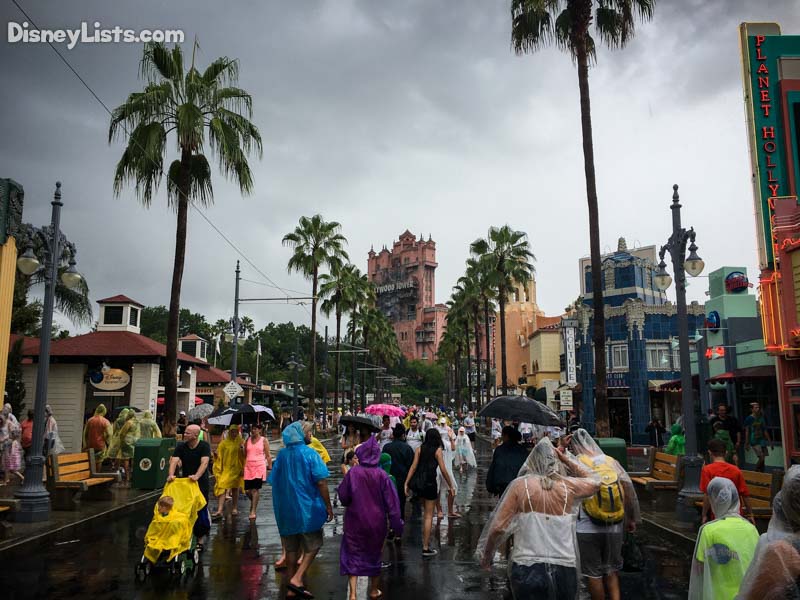 In the summer, torrential rainstorms are to be expected as much as the heat. Usually, it will storm pretty bad for a few hours in the middle of the day, every day- but don’t let that stop your fun! Of course, take shelter if it gets really bad, but if it’s just rain, then put on a poncho and continue to enjoy the parks! A lot of guests will clear out during bad weather, making the lines shorter and the parks more bearable. There are a lot of indoor activities all over Disney property, which you can partake in during rainy days. Make sure you come equipped with a good weather app loaded on your smartphone and check the forecast before your trip. This way, you won’t let the rain put a damper on your summer vacation!

Pro-Tip: Carry an umbrella and flip-flops with you, if you can- no one likes walking around in wet sneakers! Also, bring a jacket- indoor areas at Disney will have the A/C cranked WAY up during the summer, which can freeze you to the bone if you’re soaking wet. A jacket may be the last thing on your mind during the summer, but it’s a lifesaver!

6 – Take Breaks at the Hotel

During the summer, the hottest time is usually smacked in the middle of the day, from 12 p.m. to around 3 or 4 p.m. Use this time to take a break at your resort hotel. Go swimming, take a nap, or play in the arcade. This is a favorite practice of mine no matter what time of year it is, but a nice refreshing swim or nap (before returning to the parks in the evening) can make all the difference. If you are staying off-property and can’t get to your hotel easily, then find a nice shady area in the park (preferably with benches) or a restaurant, and just chill out for an hour or two. It’s important to recharge your batteries, and not to overdo it. It’s tempting to want to power through the day, but listen to your body if it’s telling you to take a break.

Summer is a great time of year to visit both Disney water parks- Typhoon Lagoon and Blizzard Beach. The water will feel refreshing, and the slides provide amazing thrills. During the winter season, it’s not uncommon for one of the water parks to close for refurbishment. However, both are sure to be open during the summer! Even if it rains during a water park day, you can usually take shelter and wait for the storm to pass, before the slides reopen. You can add a water park option when purchasing tickets, and I have to say, I’ve never been disappointed after experiencing Typhoon Lagoon on a hot day. I highly recommend visiting at least one of the water parks!

Along with heavier crowds, there is an influx of South American tour groups visiting Disney World during the summer. July is their winter break, so be prepared for groups made up largely of younger guests. They’re here to enjoy the parks same as you, so just go in with an open mindset and expect that the lines and park pathways may be more filled up than usual. If you search online, you’ll see a lot of discussion topics expressing frustration toward these tour groups in Disney. However, patience is key; if you see a large tour group in Fantasyland, maybe try to avoid that area and come back later. It’s easy to get agitated, but as long as you have a good plan and touring strategy in place, you’ll be alright! 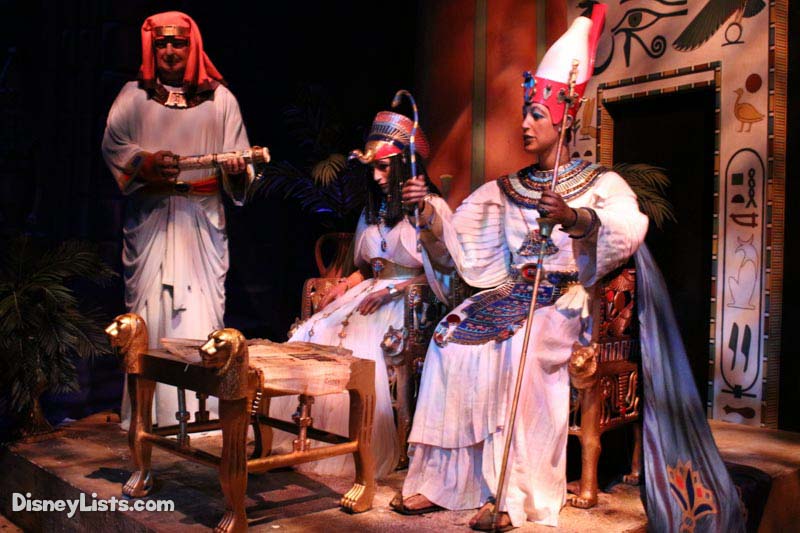 3 – Get FastPasses for Long, Indoor Attractions

Stepping into an air-conditioned attraction while visiting Disney during the summer is one of the best feelings ever. That blast of cool air, and the promise of a long slow-moving vehicle or boat ride is probably just what your body needs. My favorite attractions to go on to escape the heat (and to relax) are as follows:

Typically during the summer, Epcot celebrates with their annual Sounds Like Summer Concert Series, where guests can rock along with lively tribute bands. These take place in the America Gardens Theater and are included with park admission to Epcot. In the past, bands have included Hotel California- A Salute to the Eagles and DSB- A Tribute to Journey (among many others).

Also, Guardians of the Galaxy- Awesome Mix Live! Is set to return to Epcot in 2019, and will take place June 14ththrough August 18th. During the show, Star-Lord and Gamora from the film Guardians of the Galaxy perform songs for the crowd from Star-Lord’s Awesome Mixtapes. If you’re in Epcot and are looking for something to enjoy while giving your feet a break, these concerts are must-sees!

If you visit Disney during the summer, chances are you may be there for the 4thof July. All Disney firework shows are spectacular, but Disney’s Independence Day fireworks are out of this world! Special 4thof July firework shows take place at Epcot and Magic Kingdom, so expect those parks to be especially busy on Independence Day (and get a spot for the fireworks super early). Luckily, Magic Kingdom also shows their 4thof July fireworks on July 3rd, so you have two chances to watch the show! I’d also recommend watching the Magic Kingdom fireworks from the Polynesian Resort beach if you can; with perimeter fireworks, you’ll be able to get a good view from there. And if you can’t be at the parks during 4thof July (or don’t want to battle the crowds), then just grab a computer- Disney usually live-streams their Independence Day celebrations. I love watching them from the comfort of my bedroom and laptop screen!