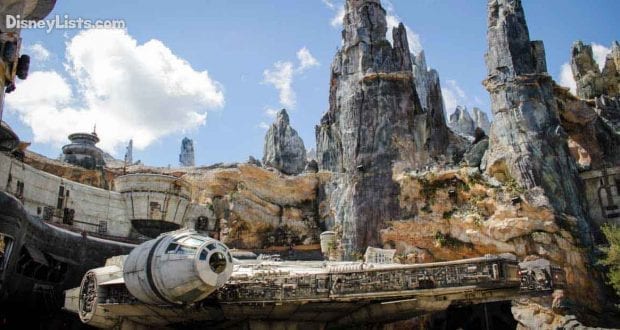 Millennium Falcon: Smugglers Run is the first of two anchor attractions inside the new Star Wars: Galaxy’s Edge now open at both Disneyland Park in California and at Disney’s Hollywood Studios in Florida. It combines immersive storytelling with interactive gameplay to make guests the protagonists of their own Star Wars adventures in a way never before undertaken by Disney Parks. It’s an out of this world experience that your family will love. Catch all the details below.

Lovingly described at various times as a “piece of junk” or “bucket of bolts,” the Millennium Falcon is the most famous of all Star Wars starships. On Millennium Falcon: Smugglers Run, guests 38 inches or taller climb aboard the Falcon in all her ramshackle glory and settle into the cockpit to operate “the fastest hunk of junk in the galaxy.” They could just discover the ship has a few surprises left in her, because the Millennium Falcon may not look like much, but she’s got it where it counts. 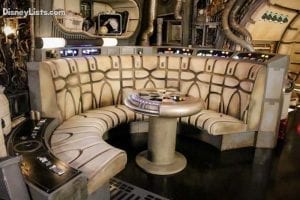 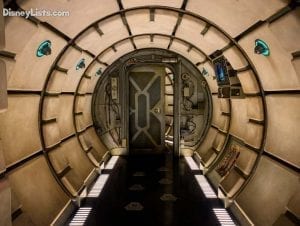 Asa Kalama, Executive Creative Director, Walt Disney Imagineering shares, “The level of guest participation in Millennium Falcon: Smugglers Run is different from anything we’ve done before. You’re not merely a passenger along for a ride, but rather the protagonist of the adventure. The story unfolds around you and responds to the way you engage it.”

We had a lot of fun on this attraction! What a dream come true it was to pilot the Millennium Falcon! This attraction is a great one for the whole family. It is a lot less intense than Star Tours. Cindy cannot ride Star Tours or Flight of Passage due to motion sickness, so she was worried about this one. Because it is less intense, she was able to ride it fine only feeling a little bit sick a couple times. She actually rode it three times in one day. Since motion sickness is so different from person to person, proceed with caution if you are prone to motion sickness on rides.

2 – Timeline of the Story

Following the events of “Star Wars: The Last Jedi,” Chewbacca brought the Falcon to Black Spire Outpost for repairs at this spaceport on the edge of the galaxy. In exchange for some much-needed replacement parts, Chewie is loaning the Falcon to Hondo Ohnaka, a smuggler who is now making good use of the ship that made the Kessel Run in less than 12 parsecs. It is at this point guests enter the story of Millennium Falcon: Smugglers Run. 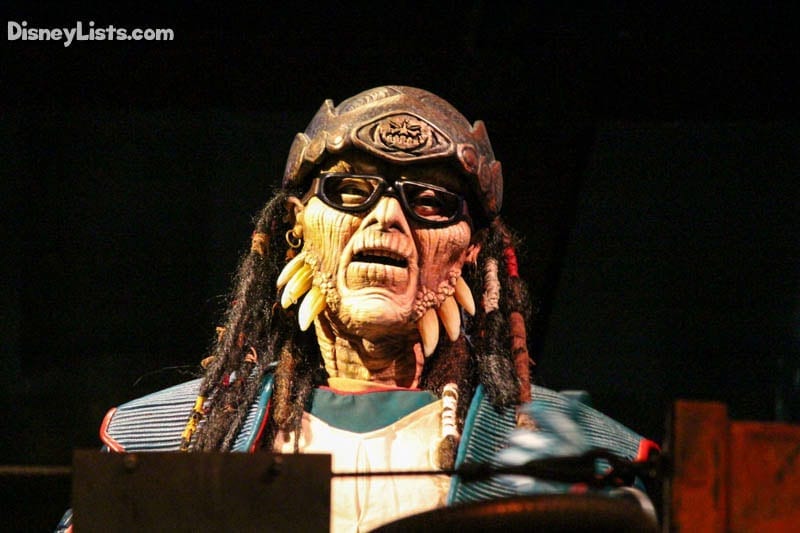 3 – Who Is Hondo Ohnaka and What Does He Want?

A fan-favorite miscreant from the “Star Wars: The Clone Wars” and “Star Wars Rebels” animated television series, Hondo is a Weequay pirate always looking for the next big score. Hondo is running a “legitimate business” out of the spaceport, called Ohnaka Transport Solutions. When guests meet Hondo in Millennium Falcon: Smugglers Run, he tells them he has more cargo than he can handle and needs extra flight crews to make some runs for him – especially crews that won’t ask too many questions about the cargo or how Hondo acquired it!

The queue of Smugglers Run is very detailed and has a lot things to look at and study as you move through. Catch our video walkthrough of the queue below.

5 – Step Aboard the Falcon

When guests accept Hondo’s offer, they enter the Falcon via an access hatch on the ship’s starboard airlock. Once aboard, they spend some time in the ship’s main hold and lounge, where they can sit at the famous Dejarik (chess) table or poke around at other equipment in the room.

When it’s time for the mission to begin, guests strap themselves into the Falcon cockpit in groups of six. Each person is assigned one of three critical roles to complete their mission, and guests know it’s their turn to act when buttons light up in the cockpit:

Industrial Light & Magic (the visual effects division of Lucasfilm) collaborated with Walt Disney Imagineering to create the gaming platform and interactive media for Millennium Falcon: Smugglers Run. Guests begin their adventure by powering up the Falcon and making the jump to lightspeed. From there, Hondo Ohnaka (with occasional input from Chewbacca) helps guide guests along with their mission. If the Falcon sustains damage – such as smashing into obstacles or taking enemy fire – and is not properly repaired, the ship’s handling is affected. At the end of the mission, Hondo informs guests how well they accomplished their objectives.

8 – Authenticity in the Details

Walt Disney Imagineers worked with Lucasfilm to ensure authenticity in every detail of the Millennium Falcon – down to the hoses, pipes, switches and even the stickers on the exterior hull. Imagineers visited Pinewood Studios in the United Kingdom to study Falcon film sets and pored over archival Lucasfilm photographs of the ship.

Millennium Falcon: Smugglers Run marks the first time Hondo Ohnaka has been seen in any form other than an animated on-screen character. Walt Disney Imagineering consulted Hondo’s creator, Dave Filoni, in designing the smuggler’s physical look, ensuring the essence of his character was authentically captured in his Audio-Animatronics figure inside the attraction.

Over time, the Millennium Falcon has undergone many modifications. For this mission, Hondo altered the control sticks for the pilot and co-pilot and supplemented the Falcon’s arsenal with a harpoon, among other tweaks.

If guests’ mission aboard the Falcon doesn’t go quite as well as planned, the ship’s hallways will show damage as they leave the attraction.

Get a look at the ride experience by watching the video below!