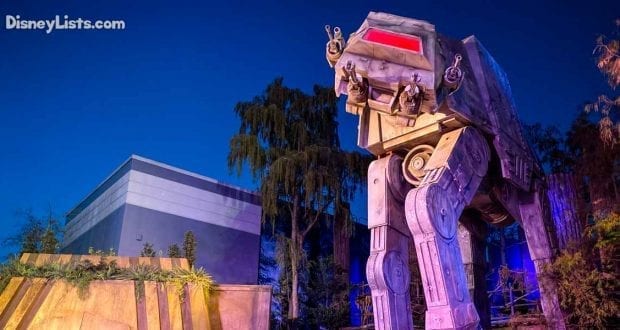 The end is here. The ninth and final movie in the Star Wars Skywalker saga, Star Wars: The Rise of Skywalker, officially released on December 20, 2019. Disney invited us out for a special fan event at the AMC Theater at Disney Springs on Thursday evening for the evening premiere. We then visited Disney’s Hollywood Studios very early on Friday to check out the new Star Wars offerings at the park. Check out all the details below.

Disney Springs and AMC Theaters roll out the red carpet for the premiere of Star Wars: The Rise of Skywalker for a special fan event on Thursday, December 19. In attendance were local fans in some pretty amazing costumes. We met with Rebel forces and First Order forces alike. It was a whole lot of fun. Check out some of the photos below. 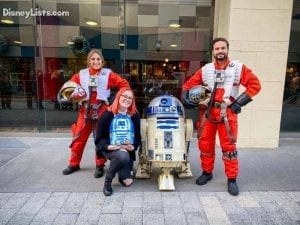 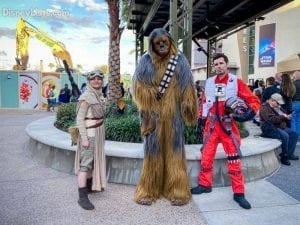 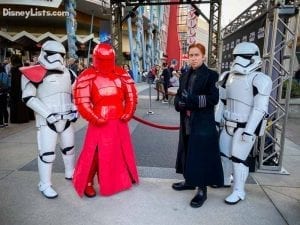 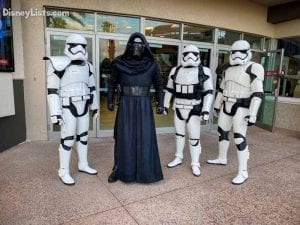 After we met with the fans, we headed inside for the premiere of the film. I’ve been a Star Wars fan all of my life and had high expectations for the film. I did not care for The Last Jedi, so I wondered how I would enjoy the movie. While I know there have been mixed reactions to the film, my daughter and I really enjoyed the movie. I thought it was a satisfying end to the saga. It’s not my favorite Star Wars movie, and not my favorite movie of the year (that would belong to Avengers: Endgame), but it was a good movie that I think probably doesn’t deserve the heaps of negative criticism it is receiving. I’m certainly not a movie critic, I’m just a sci-fi/fantasy female geek, who enjoyed the film. I hope you’ll go see it and draw your own conclusions.

Star Tours – The Adventures Continues has received an update! Following the tradition to change the destination scenes when a new Star Wars movie is released, the attraction now has two new scenes from Star Wars: The Rise of Skywalker. Disney cast member Tom Fitzgerald shares more below:

As fans head to theaters for the epic conclusion to the Star Wars Skywalker saga, guests at Disney Parks around the world will be boarding Starspeeders and heading to exciting destinations inspired by Star Wars: The Rise of Skywalker.

Over the years, C-3PO and R2-D2 have taken Star Tours passengers to some pretty amazing destinations, and the adventure on the surface of the ocean moon Kef Bir is one of the wildest we’ve ever created with our partners at Industrial Light & Magic!

The updated adventures will include an urgent transmission from none other than Lando Calrissian to join in the battle to end all battles!

It’s been an incredible Star Tours journey (starting a long time ago in a Disney Park far, far away — well, actually not far from Walt Disney Imagineering, at Disneyland in Anaheim.) Since then, we’ve had a great time adding new sequences to keep Star Tours – The Adventures Continue relevant with the evolving film saga, and even more exciting for you to experience!

With the new Rise of Skywalker updates, Star Tours now offers you more than 100 storytelling combinations (but don’t worry, for the next few months we’ll exclusively feature the destinations inspired by Star Wars: The Rise of Skywalker).

Today we’re also excited to share with you the new attraction poster for Star Tours – The Adventures Continue.  As you’ll see, the Starspeeder is in for some epic adventures this time around, and we can’t wait for you to experience them yourself! 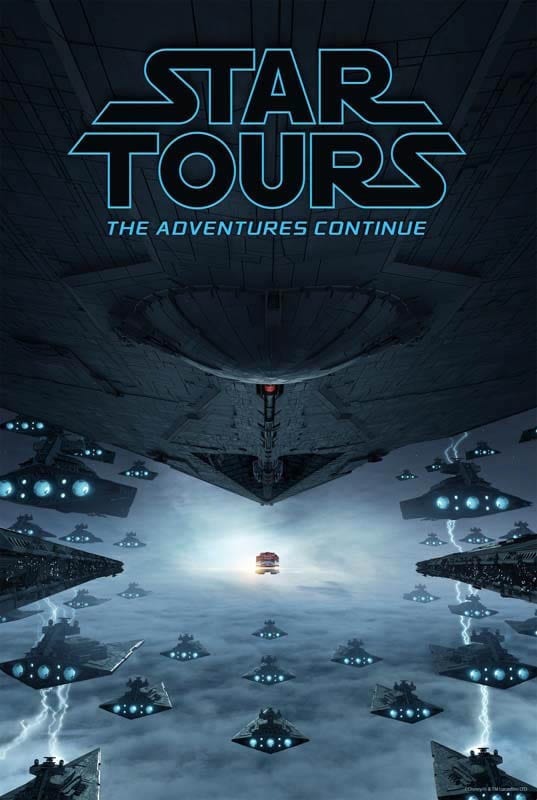 Also, the “Meet the Makers” film is entirely new. During this ten-minute film, you’ll hear from Star Wars creators about the most recent projects in the Star Wars Universe. Information is shared about the latest movie, The Mandalorian, video games, virtual reality, TV shows, and more. The film hasn’t been updated since The Last Jedi was released two years ago, so it’s nice to get an update to this film and learn about all of the projects.

Finally, at Star Wars: Launch Bay, you’ll be able to see props from Star Wars: The Rise of Skywalker in the “Preview Gallery.” We had a chance to speak with Disney cast members, Ali Manion and Shawn Slater, about the changes. While some of the props are replicas, there are authentic props on loan from Lucas Film. In the gallery, you’ll have a chance to see a Sith Trooper costume, Poe Dameron’s costume, some helmets from the Knights of Ren, and more. See photos below of some of the new items. 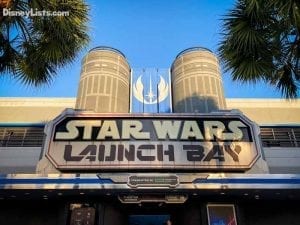 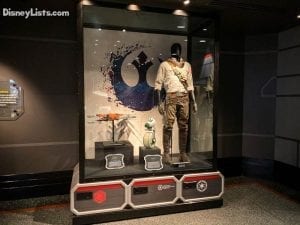 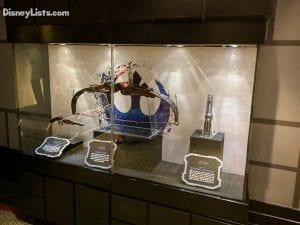 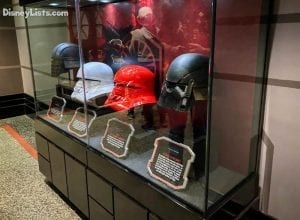 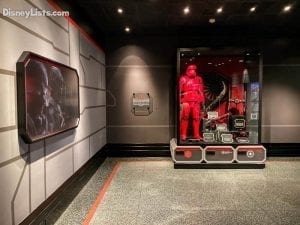 4 – Star Wars: The Rise of the Resistance Merchandise

As you might expect, you’ll also find some exclusive Star Wars: The Rise of the Resistance and Star Tours merchandise available at Walt Disney World. Disney cast member, Amanda Rubinos Luna, walks us through some of the merchandise in the video below.

Star Wars: A Galactic Spectacular has been on a holiday hiatus for the nightly showings of “Jingle Bell! Jingle Bam!” When the evening spectacular returns in 2020, the show will include scenes from Star Wars: The Rise of Skywalker. We are looking forward to seeing these new scenes!

Check out our Instagram Story highlight with lots of photos and video from the event!