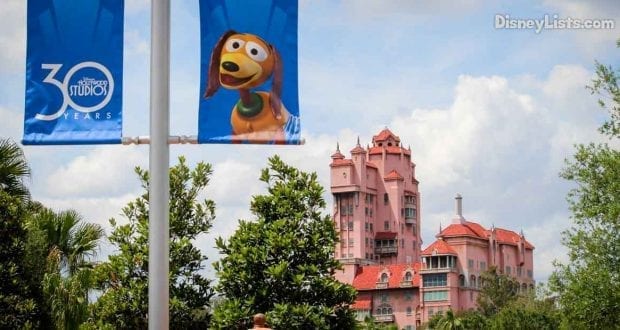 If you haven’t been to Disney’s Hollywood Studios in the past few years, you should know that a lot has changed! We are big fans of the additions and are thrilled that Disney continues to impress us with their ability to submerge us into a world of film and theater. “Lights… camera…” before you shout “ACTION,” make the most of your Hollywood Studio visit by understanding the points we share here!

As you step through the gates into Disney’s Hollywood Studios, the nostalgia of the Golden Age of Hollywood is ever-present. From when the park opened in 1989 until now – film, music, and theater are the keystones of Hollywood Studios. The best part is that while we absolutely love the nostalgic feeling the park has to offer, we especially enjoy the additions of new and exciting experiences that truly allow guests to be immersed in the film world.

Hollywood Studios has some of the very best Disney Transportation for guests going to and from the park. The most exciting way to arrive and end your day is with a ride on the Disney Skyliner. You can pick up the Skyliner at several Disney Resorts including Riviera Resort, Caribbean Beach, Art of Animation and Pop Century Resorts. You’ll also find a station for ease of park hopping just outside of Epcot – ideal for Epcot Resort guests. If the Skyliner isn’t an option, Disney buses and boats are available. Driving in? The parking lot is huge! Be sure to snap a photo or text a friend, your parking lot and row number. 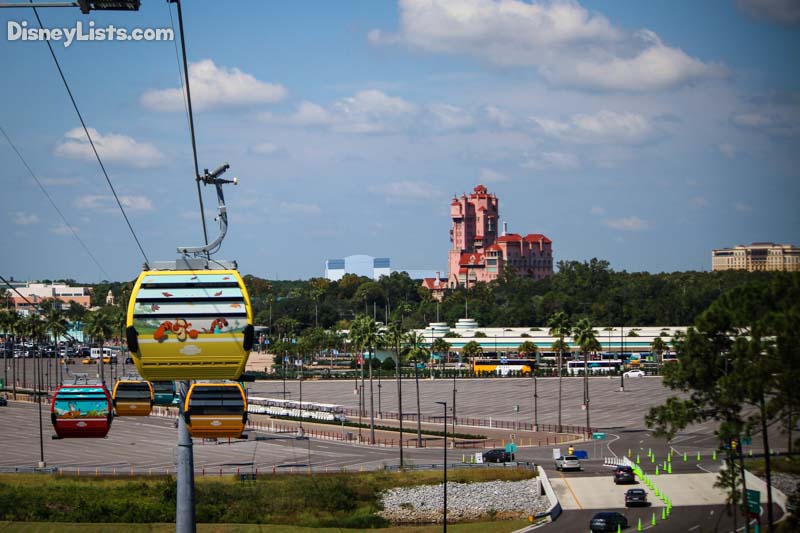 Grab a park map and times guide and/or be sure you have your My Disney Experience App open and ready to go, as you’ll likely need it to navigate through Hollywood Studios. Even better, save yourself the stress and get familiar with the park and the nine sections it has before you arrive!

Editor’s Note: During the phased reopening of Walt Disney World, FastPass+ is temporarily suspended, and there is no single rider.

Care to dance? Navigating through Hollywood Studios FastPasses and Boarding Group systems can be like learning the tango, to say the least!

Pull up a chair, grab a fork, and trust that you won’t go hungry when visiting Disney’s Hollywood Studios! Several of the very best table-service and quick-service restaurants are located within the park.

Editor’s Note: During the phased reopening of Walt Disney World, the dining booking window has been reduced to 60 days.

Sure, Hollywood Studios has some of the most thrilling attractions in all of Walt Disney World. This doesn’t mean that kiddos won’t find plenty to do! This park is our little guy’s favorite. Let your tot take a spin on Alien Swirling Saucers, shoot at the targets on Toy Story Mania, dance with favorite characters at Disney Junior Dance Party, sing their hearts out with Frozen Sing-Along Celebration, and watch Lightning McQueen race. They will also love Mickey and Minnie’s Runaway Railway! There are several characters your kids will be excited to see, including Olaf, Buzz, Woody, Jesse, Bo Peep, popular Disney Junior characters, and Star Wars favorites like Chewbacca and BB-8.

Hollywood Studios is no longer a half-day park, as many believed it was in years past. There are so many entertainment options, attractions, and experiences that one day isn’t enough anymore! We especially enjoy that Hollywood Studios feels like a totally different experience from day to night. During the day, you’ll see the palms sway and live-stage performances. At night, the place glows with impressive lighting to match the theme of each section of the park. The Tower of Terror is super creeping looking at night. Toy Story Land illuminates with strings of colorful lights. You don’t want to miss the glowing marquee of Mickey and Minnie’s Runaway Railway. And Galaxy’s Edge…well, Galaxy’s Edge is AMAZING at night with blue and purple hues that make it feel like a different land depending on what time of day you visit. Be sure to see it all in the daylight but also as it glows when the sunsets.

Speaking of when the sunsets, it’s important to understand that Hollywood Studios has two nighttime entertainment options. Unfortunately, it’s not conducive to do both as they typically take place at the same time. You’ll want to think about this in advance and select which of these two options is a priority. Arrive early for a good viewing spot or seat to get the most out of the show.

Alright, enough talk – get out there and revel in Hollywood ACTION!