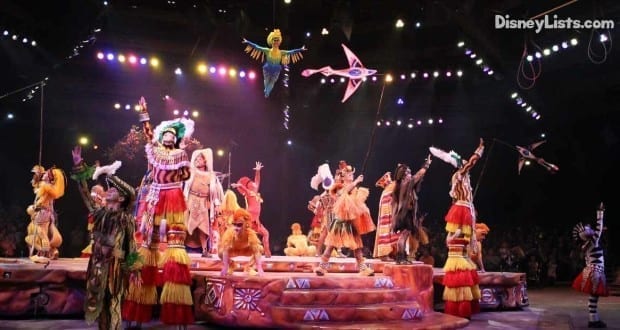 10 – The show used to be located at Camp Minnie-Mickey. 6 – The show is a Broadway quality show.