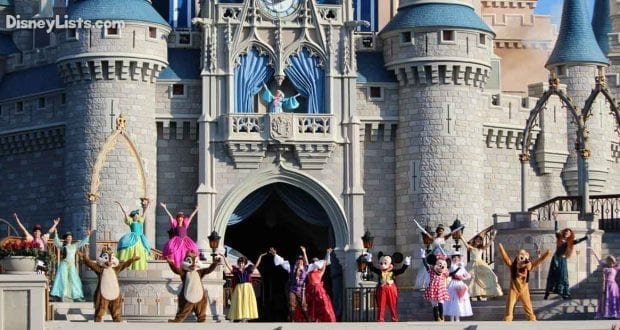 Posted by: Caitlin Corsello in The Parks

Guests who book a Walt Disney World vacation can spend months looking forward to the magic of their time there. With planning and anticipation for the vacation, guests are sure to be beyond excited when the time finally comes to head to Walt Disney World. Many guests who visit the resort often have a routine that they follow when first arriving or checking in. From heading to a specific park first or even having an attraction that has to be visited right off the bat, guests can be pretty set in their routines for the first days in Walt Disney World. No matter whether a guest is visiting the Magic Kingdom, Epcot, Disney’s Hollywood Studios, or Disney’s Animal Kingdom, there are definitely some perfect things to do when first arriving at the parks. Here are the six best things to do when first getting to the parks on a Walt Disney World vacation!

Editor’s Note: During the phased reopening of Walt Disney World, Magic Kingdom does not open an hour early. Cast Members have told us they would like guests to arrive at park opening. However, they will open the gates early to avoid crowding, but it will not be at any set time.

No matter what park guests are visiting, they should definitely arrive for rope drop if possible. Arriving for rope drop entails getting to any of the theme parks before they officially open each morning and waiting patiently to be let in. Depending on which park guests arrive early too, they can enjoy welcome shows or welcome speeches, which get them pumped for the magical day to come. Once the gates are opened, and guests are allowed inside, those who arrived for rope drop are sure to be some of the first guests to enjoy the park where they are rewarded with few crowds and low wait times.

Magic Kingdom opens its gated one hour before park opening. Guests are allowed to stroll up Main Street U.S.A and up to the Hub. This allows guests to get pictures, get some shopping done, and eat breakfast in the park without losing time otherwise spent on riding attractions. Arriving early is the only way to see the opening show, “Let the Magic Begin,” which opens the park 5 minutes before the posted opening time. A Royal Herald invites you to join Mickey and friends as they open the park in a magical way. This stage show takes place at the Castle Forecourt Stage. The show sets the tone for a special day at Magic Kingdom. After first entering into one of the four theme parks of Walt Disney World, guests can plan to head straight for a popular attraction to enjoy it with little to no wait time. Since the early mornings tend to be less crowded in the parks (the exception being Disney’s Hollywood Studios), they are great times to experience popular attractions without the long wait times that generally occur in the busier afternoons. Some of the best popular attractions to visit first thing are the Avatar-Flight of Passage, Mickey & Minnie’s Runaway Railway, Millenium Falcon: Smuggler’s, Slinky Dog Dash, Seven Dwarfs Mine Train, Peter Pan’sPan’s Flight, Space Mountain, Test Track Presented by Chevrolet, Soarin’ Around the World, Toy Story Mania, The Twilight Zone Tower of Terror, the Rock’ Rock’ n” Roller Coaster Starring Aerosmith, Expedition Everest, and Kilimanjaro Safaris.

4 – Pause for an Icon Picture

Each of the four theme parks in Walt Disney World has an icon that guests immediately associate with the park. The Magic Kingdom has Cinderella Castle, Epcot has Spaceship Earth, Disney’s Hollywood Studios has the Great Movie Ride, and Disney’s Animal Kingdom has the Tree of Life. After entering into the parks, guests should be sure to pause for a moment and take a photo with the icon of any park to commemorate the start of their magical day there! 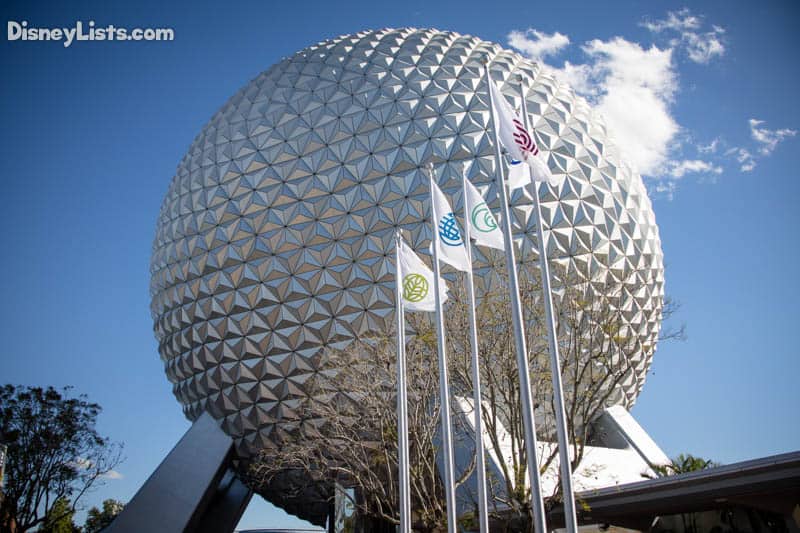 One of the best ways to make the most of any day in Walt Disney World is to have a game plan. Guests should be sure to pause for a moment when first arriving to one of the four theme parks and formulate a plan for the day ahead. Guests should consider any FastPasses, dining reservations, meeting times, or specific plans for attractions or quick service meals. By knowing what the day has in store and having a game plan, guests can avoid lots of time spent either wandering around or trying to come up with a plan.

Perhaps the best way to kick off any day when first arriving in the parks is to pause for a few moments and take in the details. Guests who arrive on Main Street in the Magic Kingdom can enjoy the ambiance and the beautiful view of Cinderella Castle in the distance. Epcot brings serene music and a spectacular view of Spaceship Earth. Disney’s Hollywood Studios features the beautiful Hollywood Boulevard and the glitzy feeling of being in classic Hollywood. Disney’s Animal Kingdom greets guests with lush plant life and stunning views when first entering into the park. Simply pausing for a moment when first entering into any of the four theme parks is the perfect way to take it all in and kick off a magical day in Walt Disney World!