Mickey & Minnie’s Runaway Railway is now open and entertaining guests at Disney’s Hollywood Studios. In this fun and innovative adventure, guests go through the movie screen inside the park’s re-creation of the Chinese Theatre and into the whimsical world of “Mickey Mouse” cartoon shorts. Inside the cartoon world, “mouse rules apply, and anything can – and does – happen! During the attraction, there is so much to take in, and so many fun details to discover. Learn more about this must-do attraction below.

Disney Imagineers watched every cartoon short in the latest “Mickey Mouse” series countless times while developing Mickey & Minnie’s Runaway Railway (Imagineer Kevin Rafferty had a still from each one pinned to his office wall). They wanted to soak up the essence of what makes the cartoons so fun and endearing, so they could then translate those fundamental principles into a ride-through attraction. Their research is just one facet of the total commitment to authenticity on display throughout Mickey & Minnie’s Runaway Railway. 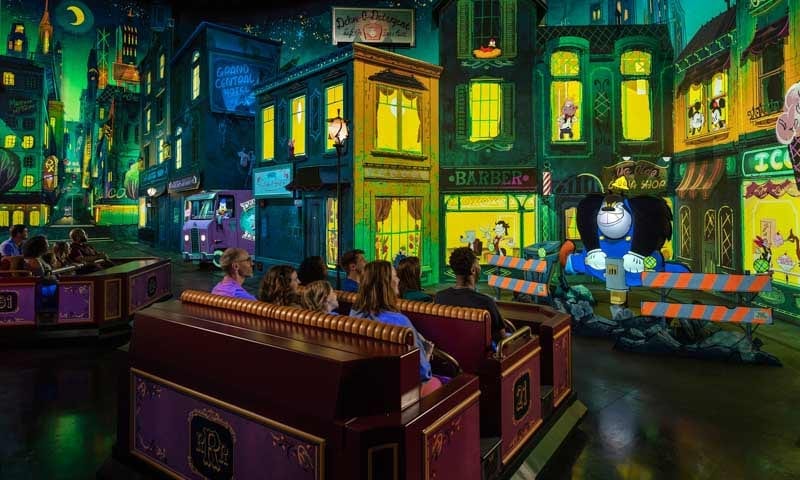 Walt Disney Imagineering consulted with Paul Rudish and Joseph Holt – executive producer and art director, respectively, for the “Mickey Mouse” shorts – to ensure the attraction’s hand-drawn look is authentic to the cartoon. For example, Imagineers added extra floating “lines” around a cactus in the stampede scene that appear as if they’re standing alone in midair, emulating a common technique used in the cartoons to emphasize motion. Also, special painting techniques were used on the attraction’s ride vehicles, so they appear to be hand-drawn, as if in a cartoon.

4 – Nothing Can Stop Us Now

Christopher Willis, award-winning composer of the “Mickey Mouse” shorts, composed the attraction’s soundtrack and co-wrote “Nothing Can Stop Us Now,” the exclusive theme song for Mickey & Minnie’s Runaway Railway, with his wife, Elyse Willis. This song will be in your head all day, and you won’t even mind!

The attraction’s glamorous marquee features blinking bulbs and hand-crafted animated neon depictions of Mickey and Minnie. Its design cue comes from the extravagant marquees that were custom made for premieres of epic films in the mid-20th century.

In collaboration with Walt Disney Imagineering, Disney Television Animation created ten new posters that appear in the attraction’s queue; nine highlight existing “Mickey Mouse” cartoon shorts, while the 10th is for “Perfect Picnic,” the new short debuting in the theater.

Mickey & Minnie’s Runaway Railway is full of hidden gems that nod to Disney history. It will likely take many times through the attraction to spot them all, but here are just a few: 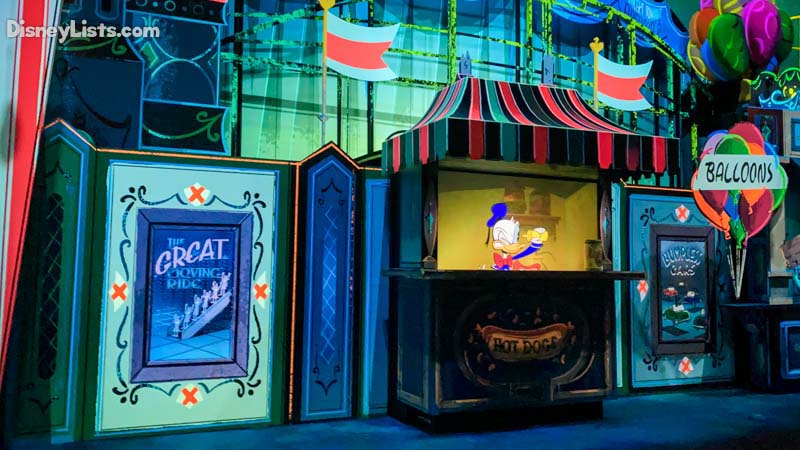 9 – Walt’s Love for Trains Comes Through

In the October 1965 issue of Railroad Magazine, Walt traced his rail fascination to his youth: “I suppose I’ve always been in love with trains, as a small boy living on a farm near Marceline, Mo., … at a time when railroads loomed large in the scheme of things and steam engines were formidable and exciting.” Throughout his personal life and professional career, Walt ensured trains have always been a part of Disney culture – a tradition that continues with the Mickey & Minnie’s Runaway Railway.