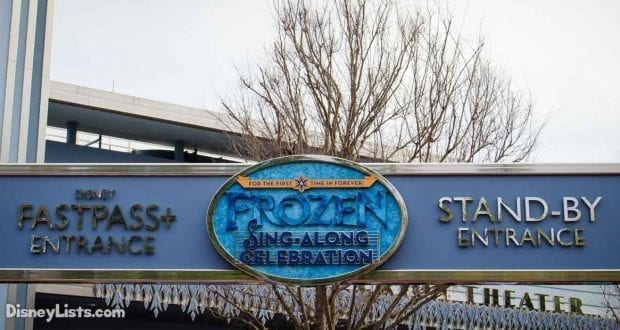 8 Facts and Secrets About First Time in Forever: A Frozen Sing-Along Celebration

The Frozen craze is still in full effect!  I am actually glad about this.  I am still a big fan of both movies and still find myself watching the first one every couple of months or so.  I live in a house full of boys, so I am just thrilled that they enjoy the movie, too!  Who couldn’t love Olaf and Sven, right?  If you are a Frozen fan, then you have to check out the Frozen Sing-Along Celebration.  It is a ton of fun and a great way to enjoy all of the amazing music from the show while you have a ton of laughs.  Here are 8 facts and secrets about the experience:

8 – The characters, songs, and the storyline are based on the original Frozen.

Unless you have been living under a rock since 2013, this shouldn’t come as a surprise to you.  These are extremely popular characters that have and likely will continue to remain popular for years to come.  The only characters in the show that aren’t from the movie are the historians that narrate the story and lead the audience in the songs.  They are absolutely hilarious and you are just going to love them.  My cheeks almost hurt from laughing so hard!

6 – The location has changed since the show started.

The show used to be located at the back of the park closer to the Muppets and the Streets of America area at the Premier Theater.  After the American Idol Experience closed the theater was redone in order to host the show and the show was moved to its new home where it is today at the Hyperion theater that is located toward the middle of the park between the Chinese Theater and the Indiana Jones Epic Stunt Spectacular area by Echo Lake in June of 2015.

If you sit closer to the front of the stage, then you may be able to get a handful of the paper “snow” confetti to use for scrap-booking or other keepsake projects that you may want to work on.  During the finale for the show, the theater goes crazy with fake bubble snow and the few rows at the front also get the paper “snow”.  The snowflakes are pretty big, so it is a good thing to snatch up for the scrap-bookers and crafters out there who get into that kind of thing.

4 – There are NO meet and greets at the show.

This is often a source of confusion for many guests.  You do get to see Elsa, Anna and Kristoff live at the show, but they will exit the stage and will not come back out for meet and greets.  There is also no location currently at the Studios to have a meet and greet with them, so this won’t be an option during your visit to Disney’s Hollywood Studios. You can greet Olaf at the park though.  It’s a good idea to set those expectations for your young Frozen fans so they won’t be disappointed.

3 – You are definitely encouraged to sing along (plus you can’t help it anyway).

If you are one of those people that hate when people sing along to things at shows, then you should avoid this one like the plague.  This is one where everyone is encouraged to sing along as loud as they possibly can.  There will likely be a little bit of chair dancing and pretending like you have snow powers, too, so consider yourself warned!  It is so much fun, and you likely already know every single word if you have a Frozen fan living in your house!

2 – The show will have been in operation at almost every single Disney park.

It may have only been short-term at most of the other parks for limited-time events for Frozen Summer across all Disney parks but almost every single Disney location hosted the show at one point or another.  The show was at Disney’s California Adventure in Disneyland, Disneyland Paris, Hong Kong Disneyland, and Shanghai Disneyland Park.  The only park not to host the show has been Tokyo Disneyland.  That just goes to show exactly how popular these Frozen sisters really are.  They are a global phenomenon!