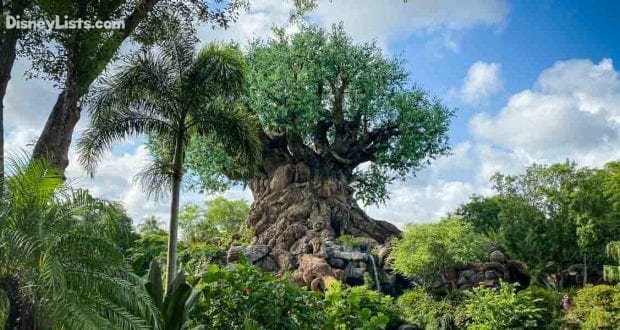 Guests who want to enjoy a perfect day in Disney’s Animal Kingdom should aim to arrive at the park for rope drop. Doing so involves getting to the park before it officially opens and waiting at the gates to be let inside. Once the gates are open, guests who arrived for rope drop at Disney’s Animal Kingdom are some of the first inside where they can enjoy few crowds and low wait times.

After being let inside Disney’s Animal Kingdom, guests should immediately head straight to Animal Kingdom’s most popular land, Pandora – The World of Avatar. The land, the largest expansion in the history of Disney’s Animal Kingdom, is based on Oscar-winning filmmaker James Cameron’s record-breaking box-office hit, Avatar, which was released in 2009. The film was insanely popular, mostly due to Cameron’s amazing special effects. The movie is a science fiction film about humans attempting to colonize on a habitable moon called Pandora. While living on Pandora sounds like an excellent opportunity for this cast of humans, they are met with resistance from the local tribe of Na’ vi. Animal Kingdom’s lush world of Pandora is set a generation after a great conflict, the Na’ vi and humans are at peace, and the land is experiencing a rebirth. Pandora now welcomes Disney guests as eco-tourists. The land is a fantastic spectacle of Disney Imagineering, creativity, and story-telling. As you explore the vibrant terrain sprawling beneath mountains that appear to float in the sky, you’ll see waterfalls cascading down the mountainside into meandering streams and pools. Then you’ll discover two thrilling new expeditions: Avatar Flight of Passage and Na’ vi River Journey. Grab a bite to eat at the quick-service restaurant, Satu’li Canteen, or grab a drink and snack at Pongu Pongu. There are so many amazing things to explore. Visiting Pandora an absolute must-do on your trip to Disney’s Animal Kingdom.

One of the most popular attractions in Disney’s Animal Kingdom can be found in the Africa section of the park in the village of Harambe. Kilimanjaro Safaris invites guests into the Harambe Reserve for a two-week safari filled with up-close experiences with beautiful animals. Guests can board authentic safari vehicles and set off for the African forests and savannahs for an unforgettable experience. Guests are smart to visit Kilimanjaro Safaris first thing in the morning when the wait time is shorter, and the animals tend to be more active thanks to breakfast being served and cooler temperatures. The Asia section of Disney’s Animal Kingdom is home to a thrilling attraction, which is sure to leave guests soaked. Kali River Rapids has guests board family style rafts and set sail down the Chakranadi River. The journey begins peacefully as guests pass by lush jungles and flowing waterfalls but turns dangerous as guests experience firsthand the devastation of illegal logging. With plenty of twists and drops along the way, guests are sure to get soaked while enjoying a ride on Kali River Rapids. Since the attraction is so popular with park guests, especially in summer, it is smart to book a FastPass for the experience to avoid waiting in long standby lines.

Another thrilling attraction in Disney’s Animal Kingdom can also be found in the Asia section of the park. Expedition Everest brings guests on a journey that begins as a calm tea train tour in the foothills of the Forbidden Mountain. However, guests soon find themselves forced deep inside the mountain thanks to a piece of broken track and end up desperately trying to escape the clutches of the fabled Yeti. Since Expedition Everest is so popular with guests, it tends to have long wait times on busy days in the park. Guests who want to enjoy the attraction should opt to use the Single Rider Line, which offers the same experience with a typically much lower wait time so long as guests don’t mind being split up at the loading platform.

Dinoland in Disney’s Animal Kingdom is home to all things prehistoric, including a thrilling attraction. Dinosaur invites guests into the Dino Institute, where the technology to travel back in time has been perfected. Guests embark on what should be a quiet tour of a calm era but find themselves scrambling to make it out when they find themselves too close to a massive asteroid impact. With mostly dark scenes and plenty of scary dinosaurs, Dinosaur is a truly thrilling attraction.

While there are plenty of exciting attractions in Disney’s Animal Kingdom, there are also some quieter ones that tend to be overlooked by guests. Those who want to enjoy a perfect day in the park should definitely not miss out on the Gorilla Falls Exploration Trail or the Maharajah Jungle Trek, which are both self-guided walking tours that offer guests beautiful scenery and up-close encounters with animals like gorillas and Asian tigers. Editor’s Note: During the phased reopening of Walt Disney World, The Festival of the Lion King is temporarily suspended. It is set to return in summer 2021. However, Finding Nemo-the Musical is temporarily suspended. Unfortunately, these performers are among the cast members who have been laid off. Disney retains the rights to call them back. We hope and expect at some point in the future when conditions permit they will be called back and the entertainment that is critical to making the parks magical will return. If you feel that the entertainment staff are a big part of making the magic happen, we encourage you to let Disney know how important the entertainers are to your experience.

There are also two live shows in Disney’s Animal Kingdom, which simply can’t be missed. The Festival of the Lion King is housed in the Harambe Theater and retells the classic Disney animated story through song, aerial ballet, fire dancing, acrobatics, and familiar characters. Finding Nemo – The Musical is housed in the Theater in the Wild and brings the classic Pixar film to life with larger than life puppets and special effects. Both shows are must-see experiences in Disney’s Animal Kingdom, and guests should definitely enjoy them on perfect days in the park!

Editor’s Note: During the phased reopening of Walt Disney World, some nighttime offerings may be temporarily suspended.

Disney’s Animal Kingdom now stays open well into the evening hours with some very special experiences just for after dark. You don’t want to miss the Tree of Life Awakenings. Approximately every 10 minutes after dark, different animal projections will appear on the tree in a magical way until park closing. A nighttime safari on Kilimanjaro Safaris is a cool way to experience this attraction. Kali River Rapids and Expedition Everest also take on new character and thrill when riding in the dark. Finally, at night Pandora – The World of Avatar transforms into an entirely new experience. The bioluminescent plants of Pandora illuminate the land at night, giving breath-taking views of the Pandora landscape that are entirely different from the daytime experience.