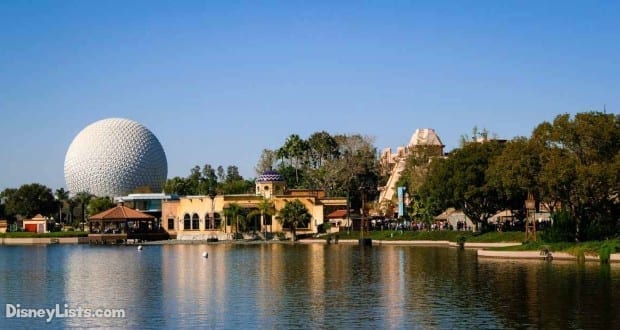 There are tons of myths that swirl around Walt Disney World.  Folks love to speculate and spread rumors about Disney, and boy do they spread like wildfire!  Here are 8 myths and their verdicts about Epcot:

8 – The countries in the World Showcase are fully funded by the government of the parent countries.

While there has certainly been varying levels of participation and cooperation with governments of the countries represented, this myth is definitely false.  The pavilions are not funded by the government for the parent countries.  There are business sponsors and certain parties that sponsor stores, attractions, etc., but no actual government sponsorship for the entire pavilion.  This was never the case since the World Showcase was built, and will likely never be the case for the area.

This is very true!  The tunnels are only in the Future World area of the park.  The tunnels allow cast members to store additional merchandise and supplies for the stores in the tunnels.  It also allows for waste and re-stocking to be done without moving carts or other eyesores through Future World, which would detract from the theming and the guest experience. 6 – The World Showcase doesn’t have room to add any additional countries.

This is completely false!  There is actually room for the World Showcase to host 21 different country pavilions.  The areas between existing pavilions have space for another pavilion to be placed and the original plans for the World Showcase was set to include more countries than we have today. We wish Disney would fill in this space with more attractions and/or countries, so hopefully Epcot will see these additions in the future sometime.

5 – Figment was the mascot for the park.

This is true.  Figment may not be quite as popular today as he used to be, but he was the unintended mascot for the park.  When Figment was first introduced he became an instant hit that he became a face for the park and appeared on a lot of signage, promotions, marketing materials, etc. as the unofficial mascot.  We still see some of this presence today, but it isn’t as great as it used to be.  He used to even have a meet and greet with Dreamfinder in the park, too!  When Figment was removed from the Imagination pavilion, Disney quickly brought him back because fans weren’t happy at all without him.  We figure Figment will probably be around in some capacity for a long time!

This is definitely true.  Epcot sometimes gets labeled as a boring park or that there isn’t that much to do there.  This definitely isn’t true.  There is a lot of untapped space at Epcot and areas where Disney could definitely add more attractions to the park, but it isn’t boring.  There are a lot of rides, tons of interactive spaces and then all of the countries to tour and explore.  Our kids love Epcot and have a lot of fun looking around at all of the different pavilions all over the park.  The park is getting a little outdated though, so we do hope that Epcot will be the next park to get a big overhaul after some of the existing projects are complete.

3 – The park is more than twice the size of the Magic Kingdom.

Epcot is makes up around 300 acres, which does make it about twice the size of the Magic Kingdom.  It isn’t the biggest park in the Disney family, but it is definitely one where you will make good use of your walking shoes and your FitBit goals will likely be exceeded.  It is over 3 miles to just walk the main loop around the entire park.  Then you have to count the walking through the queues, the backtracking, strolling through the shops, etc.  The steps will add up quickly! Living with the Land

2 – The produce grown at The Land pavilion is served in the restaurants.

This is also very true!  You learn more about all of the produce grown there on the Living With the Land boat ride.  The pavilion focuses on research related to finding methods that will help with improving efficiency, quality and yield of produce.  The produce that is grown is then served and utilized across Walt Disney World at many of the resorts!  This means that you may be getting among the freshest produce when you dine at the Disney restaurants.

Believe it or not, Epcot is actually the 4th most visited theme park in all of the United States.  This puts the park ahead of many of the major thrill ride parks and almost all of the other theme parks around the United States.  Not only that, it is the 7th most visited theme park in the entire world!  There is definitely something amazing about Epcot that keeps bringing guests through the gates to see the Experimental Prototype Community of Tomorrow.  The park sees over 12 million visitors to the park for the entire year!