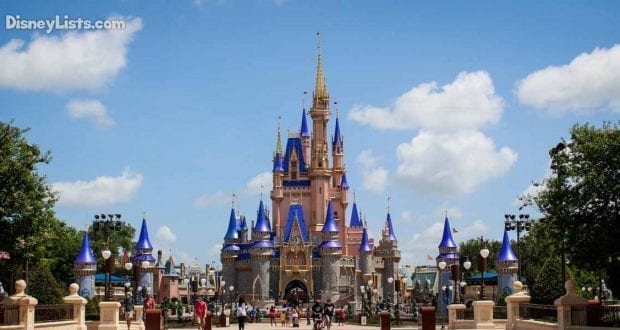 10 Ways Disney World Has Changed Over the Years

Posted by: D.W. Noonan in Around the World

Walt Disney World is less than a year away from celebrating its 50th Anniversary in 2021. Since its grand opening, it has transformed from a tiny amusement park in the middle of a Florida swamp into a world-class resort, retail, theme park, and entertainment property. The specific changes are too numerous to mention here, but below you’ll find ten major developments that have made a big impact on visitors over the years.

Magic Kingdom opened in October of 1971. Since then, Disney added Epcot in 1982, Hollywood Studios in 1989, and Animal Kingdom in 1998. Walt conceptualized Epcot before his death in 1966, though he imagined it a community rather than a theme park. Disney’s Hollywood Studios sprouted from its partnership with Metro-Goldwyn-Mayer Studios, however, the agreement caused licensing problems that eventually resulted in the name changing from Disney-MGM Studios in 2008. Disney’s Animal Kingdom opened to celebrate a commitment to wildlife preservation and environmental conservation, replacing the defunct Discovery Island.

Currently, Discovery Island is the name of the area surrounding the Tree of Life in Animal Kingdom. The renaming occurred in 1999 after Disney closed the first Discovery Island near Magic Kingdom; it originally opened as Treasure Island in 1974. The 11.5-acre property featured zoological exhibits and shows with swans, tortoises, lemurs, and other wildlife. After the park closed, the animals moved to Animal Kingdom and other zoos, leaving the facilities unused.

Disney Imagineers didn’t build water parks at first, despite the grueling summer heat. In 1976, they created Disney’s River Country to provide old-fashioned water recreation in a frontier setting. In 1989, Typhoon Lagoon opened, bearing a storm-battered, tropical island theme, and Blizzard Beach followed in 1995 with a backstory about a freak snowstorm and a skiing alligator. Since the newer water parks offered better attractions and more parking, River Country’s attendance faltered, leading to its closing in 2001. The land for River Country is now being used for a new DVC resort that is under construction in between Disney’s Wilderness Lodge Resort and Fort Wilderness Campground and Resort. The explosive development of Disney World fueled the evolution of Disney Transport. Most visitors used private vehicles or the monorail to get around in the early years, but the demand for public transportation grew with the addition of new parks and resorts. A handful of buses has ballooned into a fleet approaching 400. When there were only two parks, four hotels, and a shopping village, visitors identified bus routes with colored flags and a guide; now, GPS tracking and video screens do the job. In the beginning, monorail trains provided service to the Transportation and Ticket Center, Contemporary Resort, and Polynesian Village Resort, but they now reach Disney’s Grand Floridian Resort & Spa and Epcot. The Mark IV train was replaced by the Mark VI in 1989 to increase capacity by thirty passengers, thereby reducing wait times. Additionally, Disney’s Magical Express began in 2005 to deliver free bus transportation to and from Orlando International Airport for those staying at a Disney Resort. Finally, the Disney Skyliner opened in 2019 offering amazing views and fast transportation between Epcot, Disney’s Hollywood Studios, and select resorts. The days of paying for expensive shuttles and cabs faded into Disney history.

Initially, visitors purchased general admission tickets and additional attraction tickets rated as A, B, C, D, or E. In the 1980s, Walt Disney World upgraded to a “Passport” system, allowing guests to purchase one ticket for an all-day or multiple-day experience. Annual Passports arrived in 1982 for those frequenting the theme parks. In 1994, Disney started printing visitors’ digital images on tickets but switched to magnetic strips in 1996. The biggest ticketing change occurred when MagicBands debuted in 2013. These wristbands serve not only as park tickets, but also as room keys, credit cards, Fastpasses, and more. Ticket prices changed, as well, as a General Admission ticket once cost $3.50 and the 11 Adventure Book, $5.75; now, that would hardly cover an adult’s lunch!

When Magic Kingdom opened its doors in 1971, it offered a handful of restaurants; now the park boasts 38. Across the Walt Disney World property, the cuisine selection was sparse during the early years, mostly comprising of American fare. During the next years, Imagineers designed and built nearly 400 restaurants, offering a wide variety of international dishes. Today, Walt Disney World attracts some of the best chefs in the world to create interesting menus for resort guests, and it plans even more culinary diversity in the future.

Only Disney’s Contemporary Resort and Polynesian Village Resort existed at the creation of Walt Disney World, forcing most visitors to stay at non-Disney hotels or camp at Fort Wilderness Resort & Campground. Since the grand opening, the number and size of accommodations have exploded to twenty-eight official resorts of various themes, sizes, and price points. Even better, repeat guests of Walt Disney World can invest in Disney Vacation Club, a type of timeshare arrangement available at designated properties. This option debuted at Disney’s Old Key West Resort in 1991 and has expanded to ten locations. Additionally, Disney added countless new amenities and benefits for their resort guests.

The name of this outdoor shopping center has changed four times since its introduction as Lake Buena Vista Village in 1975. Previous names include Walt Disney World Village (1977), Disney Village Marketplace (1989), and Downtown Disney (1997). The area expanded from a small shopping mall to an entertainment and retail hub separated into four districts: West Side, the Landing, the Marketplace, and Town Center. Once offering just a few shops and restaurants, Disney Springs now presents more than 50 retail stores, over 50 restaurants, a bowling alley, a movie theater, and several concerts and shows. An interactive, indoor theme park known as DisneyQuest arrived in 1998 but has since been replaced by the NBA Experience, which opened in 2019. By default, all the attractions of the newer parks can be considered major additions to Walt Disney World, yet even within Magic Kingdom alone, Imagineers have made sweeping changes. For example, Buzz Lightyear’s Space Ranger Spin occupies the space once home to If You Had Wings, a tour of destinations where Eastern Airlines flew. Stitch’s Great Escape! replaced The ExtraTERRORestrial Alien Encounter, which replaced Mission to Mars. Now Stitch’s Great Escape! has also closed. Monsters, Inc. Laugh Floor followed The Timekeeper, a Circle-Vision 360 film featuring Robin Williams and Jeremy Irons. Classic attractions that have departed include Mr. Toad’s Wild Ride, Snow White’s Scary Adventures, 20,000 Leagues Under the Sea: Submarine Voyage, and Mickey’s Toontown, which was leveled to make way for New Fantasyland.

From the grand opening in 1971 until late 1999, park visitors endured long lines for popular attractions with no relief in sight. Then Disney rolled out the Fastpass virtual queuing system, permitting guests to enter much shorter lines at designated times using tickets obtained from marked kiosks. At first, only one Fastpass could be held at a time, but this rule soon relaxed. Eventually, FastPass+ replaced the paper tickets with an online reservation system, giving each guest three selections to make up to 30 days in advance, 60 days for Disney Resort guests. No more losing tickets; you simply touch your MagicBand or park ticket to the sensor to hop in line.

There is still time to get this delicious Honey Be