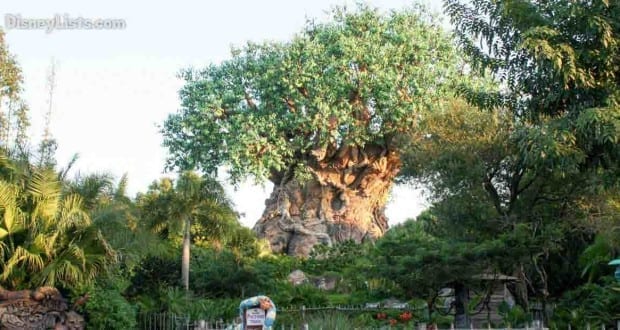 Time Savers: 7 Tips to Make the Most of Your Day at Disney’s Animal Kingdom

Disney’s Animal Kingdom is the newest of the four Disney World theme parks and opened on Earth Day in 1998. The park celebrates the beauty of nature and strives to teach guests about the importance of conservation and preservation through unique and entertaining experiences. Guests who spend time in Disney’s Animal Kingdom can travel back in time, relive classic Pixar and Disney animated films, conquer the Forbidden Mountain, embark on an African safari, and get up close and personal with beautiful animals. With so many amazing experiences to have in the park, it is no wonder why guests want to make the most of each moment. Since Disney’s Animal Kingdom is popular with guests and features so many wonderful attractions, it can be hard to fit it all into one day. However, guests can make the most of their time in the park by following a few simple tips which are designed to save time. Here are the top seven-time saving tips to make the most of a day in Disney’s Animal Kingdom.

One of the best ways to make the most of a day in any of the four Walt Disney World theme parks is to arrive for rope drop. This entails getting to the park before it officially opens to the public and waiting patiently at the gates to be let inside. Guests who arrive at Disney’s Animal Kingdom early can enjoy a welcome speech that tells them all about the adventures waiting inside. Once the gates are officially open, guests who have arrived for rope drop at Disney’s Animal Kingdom are some of the first guests inside the park where they can then enjoy quiet walkways, few crowds, and low wait times on popular attractions.

After being let inside Disney’s Animal Kingdom, guests should immediately head straight to Animal Kingdom’s newest land, Pandora – The World of Avatar. The land, the most massive expansion in the history of Disney’s Animal Kingdom, is based on Oscar-winning filmmaker James Cameron’s record-breaking box-office hit, Avatar, which was released in 2009. The film was insanely popular, mostly due to Cameron’s amazing special effects. The land is a fantastic spectacle of Disney Imagineering, creativity, and story-telling. As you explore the vibrant terrain sprawling beneath mountains that appear to float in the sky, you’ll see waterfalls cascading down the mountainside into meandering streams and pools. Then you’ll discover two thrilling new expeditions: Avatar Flight of Passage and Na’ vi River Journey. Grab a bite to eat at the quick-service restaurant, Satu’li Canteen, or grab a drink and snack at Pongu Pongu. There are so many amazing things to explore. Visiting Pandora an absolute must-do on your trip to Disney’s Animal Kingdom. After visiting Pandora, guests should head for the Africa section of the park to visit the village of Harambe. Located there is one of the most popular attractions in the park which can’t be missed. Kilimanjaro Safaris invites guests to embark on a two-week safari inside the Harambe Reserve. While bumping along in authentic safari vehicles, guests can enjoy up-close encounters with animals like giraffes, zebras, elephants, lions, and cheetahs. To save lots of time on a day in Disney’s Animal Kingdom, guests should be sure to visit Kilimanjaro Safaris early since there will be low wait times for the popular attraction, and the animals tend to be more active thanks to cooler temperatures.

A thrilling attraction in Disney’s Animal Kingdom that guests will absolutely love is guaranteed to leave them soaked! Kali River Rapids in the Asia section of the park brings guests aboard a family-style raft, which then sets off down the Chakranadi River. What starts out as a serene and gentle trip soon turns adventurous and dangerous as guests discover the devastation and destruction of illegal logging. Kali River Rapids is full of dips, swirls, and big splashes and is very popular with guests, which usually results in a long wait time. Guests who want to enjoy Kali River Rapids should opt to book a FastPass for the experience to save lots of time.

Editor’s Note: During the phased reopening of Walt Disney World, the Single Rider queue is not available.

Another thrilling attraction in Disney’s Animal Kingdom can be found looming in the village of Anandapur in the Asia section of the park. Expedition Everest invites guests to embark on a quiet tea train tour, which soon turns frantic as guests find themselves deep inside the Forbidden Mountain, desperately trying to escape the clutches of the fabled Yeti. Since Expedition Everest is so popular, the standby line tends to be very long usually. Guests could opt to book a FastPass for the experience but are better off choosing a different option and saving that FastPass for a different experience in the park. Guests who want to enjoy a ride on Expedition Everest should choose to wait on the Single Rider Line, which offers up the same experience with a typically much shorter wait time so long as guests don’t mind being split up at the loading area. Editor’s Note: During the phased reopening of Walt Disney World, some live entertainment may be temporarily suspended.

Disney World is home to some fantastic entertainment, but two of the best shows can be found in Disney’s Animal Kingdom. The Festival of the Lion King is housed in the Harambe Theater and invites guests to relive the classic Disney animated film The Lion King through fire dancing, aerial ballet, familiar Disney characters and songs, and acrobatics. Finding Nemo – Live On Stage is performed in the Theater in the Wild in Dinoland and uses larger than life puppets and familiar characters to retell the Pixar classic Finding Nemo. These two live shows are absolute must-dos in Disney’s Animal Kingdom, and guests who want to make the most of their day in the park should not miss out. However, both shows are only performed several times per day, so guests should be sure to pick up a times guide and check showtimes in order not to miss out.

7 – Enjoy The Oasis Later in the Day

The front portion of Disney’s Animal Kingdom is home to The Oasis, a lush area filled with beautiful plant life, quiet paths, and animal exhibits. Guests who want to make the most of their time in Disney’s Animal Kingdom should opt to explore and enjoy The Oasis later in the day instead of when entering head to more significant attractions, which have shorter wait times in the mornings.

What a fantastic way to start the day! I'm back at