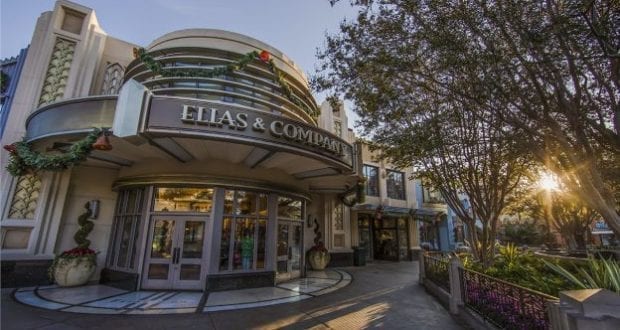 Here are all the details from Disney Cast Member Valarie Lee:

Beginning in November there will be even more distinctively Disney dining and shopping for you to enjoy at the Disneyland Resort when the Downtown Disney District extends to Buena Vista Street!

Recently, we introduced Downtown Disney guests to the Disneyland Resort Backlot Premiere Shop at Stage 17. This store is currently showcasing an array of seasonal merchandise for you to browse. With Buena Vista Street soon opening select shopping and dining experiences, you can find even more places to enjoy a memorable meal or a fun shopping excursion during your visit.

Here’s what you can discover – be sure to put these places on your shopping and dining list:

Only the shopping and dining experiences along Buena Vista Street will be accessible from the Downtown Disney District at this time, as Disney California Adventure park is currently closed.

If you haven’t visited the Downtown Disney District lately, be sure to familiarize yourself with our health and safety measures at Disneyland.com/DTD, to learn important details, including temperature screenings prior to entry and the requirement for all guests, ages 2 and older, to wear an appropriate face covering. The number of Guests visiting the Downtown Disney District and its locations, including the shopping and dining experiences along Buena Vista Street, will be limited to promote proper physical distancing.

Check back soon for more details about the special shopping and dining experiences coming later in November to Buena Vista Street!

Disneyland Park is the theme park that started it all and it’s hard to believe the park celebrated its 65th Anniversary this year on July 17. Disneyland, “The Happiest Place on Earth,” is located approximately 27 miles southeast of Los Angeles in Anaheim, California. There are so many fun facts about this amazing theme park. Catch all the details below.

We’re so thankful for Walt Disney’s vision and dedication to opening Disneyland. The park opened on July 17, 1955. During the opening dedication, he spoke these words:

“To all who come to this happy place: Welcome! Disneyland is your land. Here age relives fond memories of the past, and here youth may savor the challenge and promise of the future. Disneyland is dedicated to the ideals, the dreams and the hard facts that have created America … with the hope that it will be a source of joy and inspiration to all the world.” – Dedication read by Walt Disney – July 17, 1955 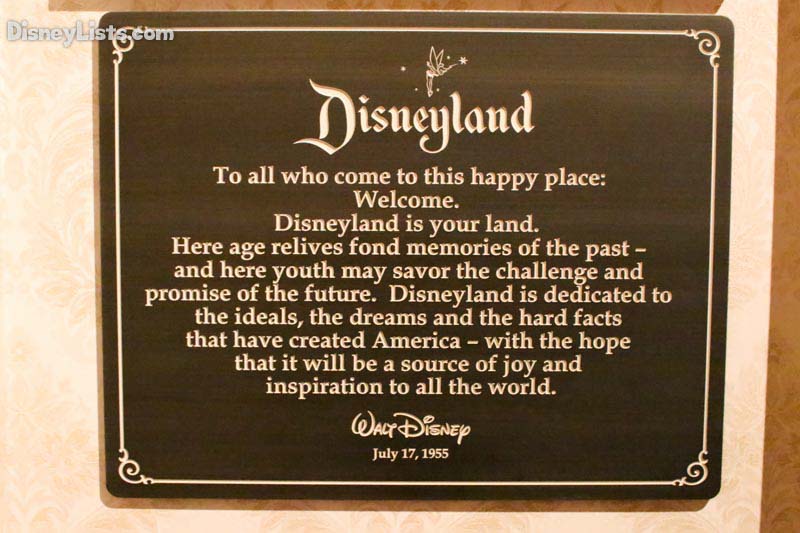 The magic of Disneyland comes to life in nine themed lands. Disneyland Park opened July 17, 1955, with 18 major attractions. Today, there are more than 60 adventures and attractions. The Matterhorn Bobsleds was the first tubular steel roller coaster in the world when it opened in 1959. It set the standard for modern-day roller-coaster design.

Here contemporary life gives way to the quaint and reassuring charms of turn-of-the-century America. It is the essence of hometown life that greeted the dawn of the 20th century. 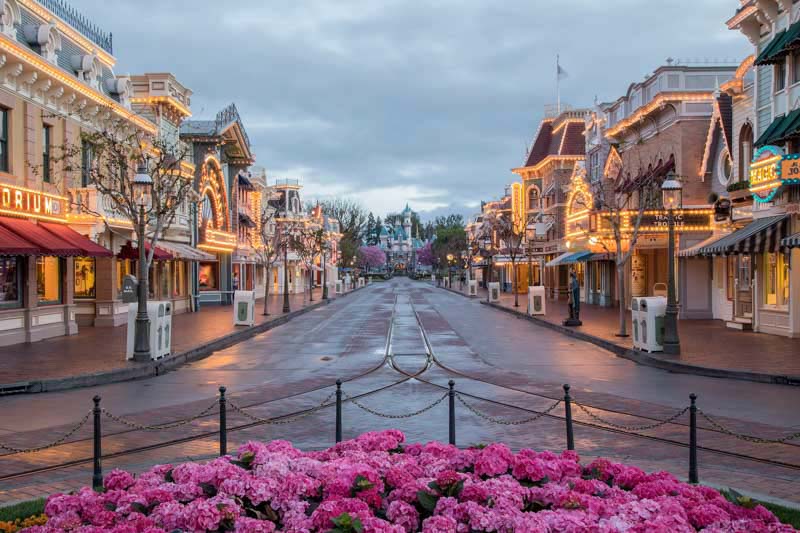 This realm of exploration is a collage of the world’s far-off places and uncharted regions. Would-be explorers can discover the tropical magic of Polynesia (Walt Disney’s Enchanted Tiki Room), the wilds of Africa (Tarzan’s Treehouse), the exotic rivers of the world (Jungle Cruise) and the steamy jungles of India (Indiana Jones Adventure).

A robust panorama of America’s pioneer past, from the bustling riverfronts of the Mississippi and Missouri Rivers of the late 1700s (Columbia Sailing Ship, Mark Twain Riverboat, Tom Sawyer Island) to the dusty southwest deserts of the 1880s (Big Thunder Mountain Railroad, Golden Horseshoe Stage). 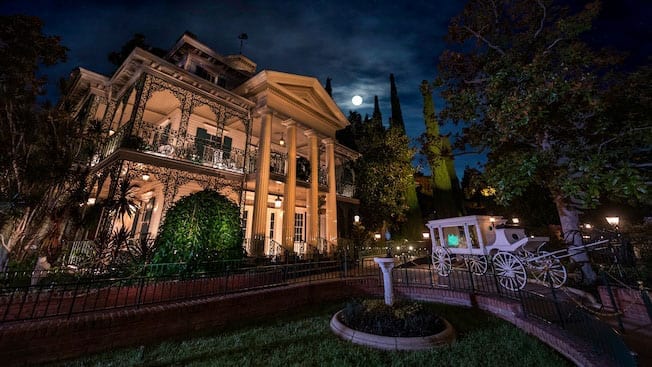 The Paris of the American frontier, the Crescent City as it was more than 150 years ago. Within its winding streets and quaint shops, elegance and charm mingle comfortably with Dixieland jazz, restless spirits (Haunted Mansion) and marauding buccaneers (Pirates of the Caribbean).

Things are “mighty satisfactual” in this shady glen, nestled in a lazy corner of the backwoods. Guests visiting this bend of the river can find their very own “Laughing Place” (Splash Mountain) as they witness the “Zip-a- Dee-Doo-Dah” antics of Brer Fox and Brer Bear as they try to outwit wily Brer Rabbit. Also residing in this land are Pooh and his many friends in the Hundred Acre Wood (The Many Adventures of Winnie the Pooh).

Bursting with color and frenetic energy, this “town” is a 1930s Disney cartoon come to wacky life. From the bustle of downtown (Roger Rabbit’s Car Toon Spin) to the charm of its residential neighborhood (Mickey’s House, Donald’s Boat, Chip ‘n Dale Treehouse), this civic hub is a slice of “reel” life. 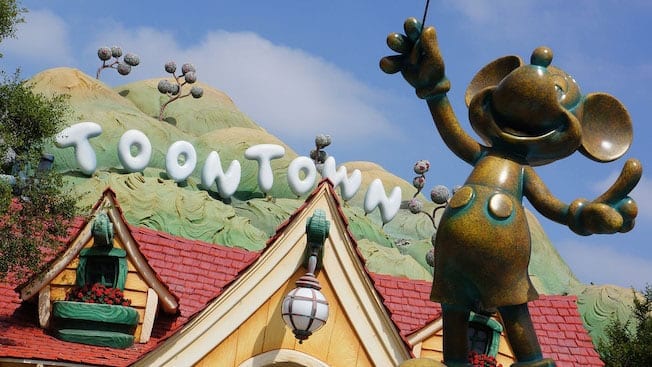 Guests are now transported to a galaxy far, far away in Star Wars: Galaxy’s Edge, on a journey to Batuu, the newest location in a story that began in 1977 with the first Star Wars film. Guests can become part of the story as they sample galactic food and beverages, enter an intriguing collection of merchant shops and take the controls of the most famous ship in the galaxy aboard Millennium Falcon: Smugglers Run. In addition, they may as well as experience an epic battle against the First Order on Star Wars: Rise of the Resistance.

When Disneyland opened, Anaheim had five hotels and two motels with a total of 87 rooms. Today, Anaheim boasts approximately 150 hotels and motels with more than 18,000 rooms.

More than 750 million guests have passed through the gates of Disneyland since Opening Day, July 17, 1955. During the past six-plus decades, Disneyland has hosted some of the 20th and 21st century’s most prominent dignitaries, including heads of state, U.S. presidents, sports figures and celebrities. 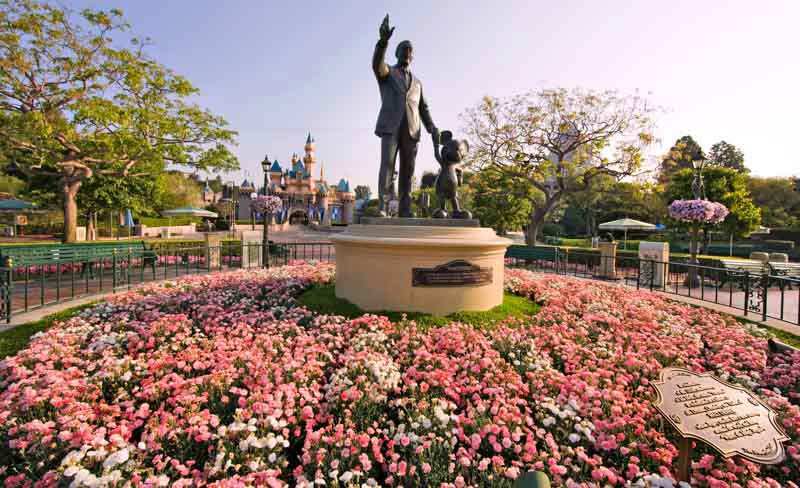 Since 1955, Disney Parks have been where guests connect with the Disney stories and characters they cherish most, and the food and beverage offerings play an integral role in those stories. Food and beverage is one of the key elements that make up a Disney theme park experience, with unique restaurants and cuisine that put guests inside the story. Blue Bayou Restaurant has been immersing guests in the story of Pirates of the Caribbean since 1967 at Disneyland Park, and Cars Land in Disney California Adventure Park invites guests to dine in Flo’s V8 Cafe from the Disney•Pixar movie “Cars.”

With more than 150 food and beverage locations, the Disneyland Resort offers more than 8,500 different food items. But some foods guests can’t get enough of! Here are some fun Disneyland food facts: