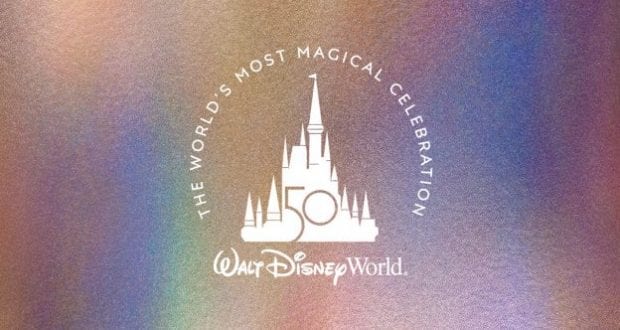 It’s almost here. The 50th Anniversary celebration at Walt Disney World will begin on October 1, 2021, and we are so excited. Disney has released details on what we can expect during the celebration. Learn more below.

It’s an event five decades in the making!

Beginning Oct. 1, Walt Disney World Resort will throw “The World’s Most Magical Celebration” in honor of our 50th anniversary, bringing new experiences to our four theme parks and beyond. This milestone is such a big deal, we’ve even coined a new word – “EARidescence” – to describe what you’ll see when you visit. Our Disney teams are creating all sorts of new decorations that will shimmer and sparkle all day and into the night.

As part of the celebration, Cinderella Castle at Magic Kingdom Park will add to its royal makeover from last year. As you can see in this new artist rendering, the castle will feature golden bunting and a 50th anniversary crest as part of its festive new look.

The castle will add even more magic at night, joined by icons at each of the other three theme parks as they transform into Beacons of Magic. With pixie dust on Cinderella Castle, magical fireflies inhabiting the Tree of Life at Disney’s Animal Kingdom Theme Park, and special new touches coming to life on the Hollywood Tower Hotel at Disney’s Hollywood Studios.

And at EPCOT, new lights will shine across the reflective panels of Spaceship Earth, connecting to one another and resembling stars in a nighttime sky. This permanent new lighting will continue beyond “The World’s Most Magical Celebration” as a defining feature of the park. 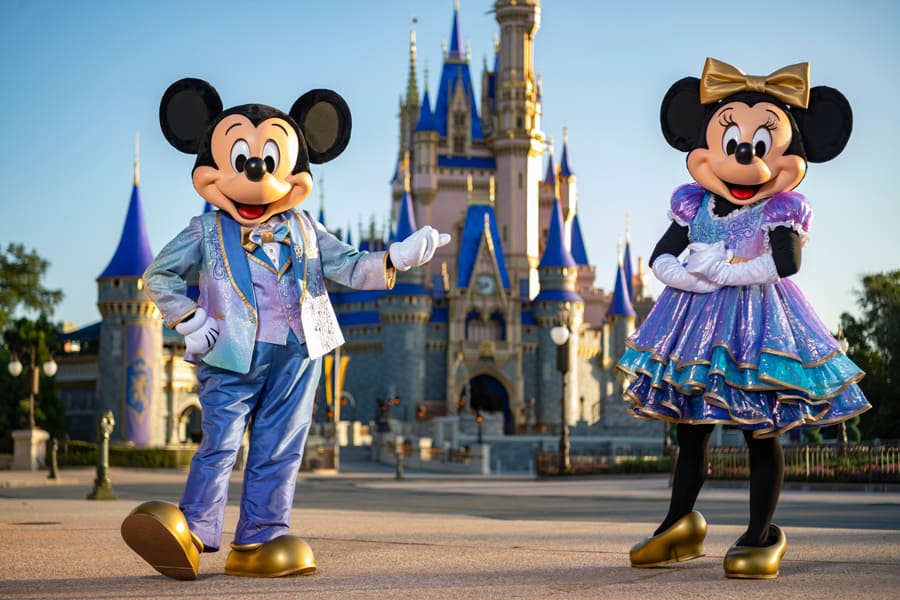 You’ll also want to keep an eye out for Mickey Mouse and Minnie Mouse, who will have sparkling new looks for the celebration. As hosts of the event, they’ll be dressed for the occasion in custom-made fashions of EARidescent fabric with gold highlights.

In anticipation of this exciting time, we recently went out across Walt Disney World to talk with guests and Disney cast members about what a magical celebration would mean to them and why they love being here so much.

Speaking for my fellow Walt Disney World cast members, we’re looking forward to welcoming you during this special time in our history. We’ll have more to share about our plans for “The World’s Most Magical Celebration” in the future as we ramp up to the big day on Oct. 1, and then will be chronicling all the magic to be found during the 18-month-long event. So keep checking back here on the Disney Parks Blog for the latest updates on what promises to be something to remember for the next 50 years.

A few years back, I ran into an old childhood friend that I had not seen in years. When meeting her new husband, she introduced me as the girl who was obsessed with Disney World. She must have been referring to the stream of pictures I would post from our Disney vacations that we seemed to take “all the time.” She admitted she just didn’t get it, especially when she learned that we actually took our 10th anniversary trip to Disney World without the kids (scandalous)! She confided that she would probably go there one time when she had kids, “because you have to,” but she really hated the thought of having to go. This was a rather odd conversation for us, one that we’ve had with other friends and family from time to time. They ask, “What is it about Disney World? Why do you go back year after year?” Well, here are the 6 reasons we keep going back to Disney World.

Vacations are an excellent time to build some lasting family memories. Vacations to Disney World have so many opportunities to create amazing memories because there’s so much to see and do and explore together! Disney World is twice the size of Manhattan offering entertainment and attractions that can’t be found anywhere else on the planet! There are so many “firsts” that your family can enjoy together. So many traditions that can be done every trip, and so many experiences that your family will remember over the years. 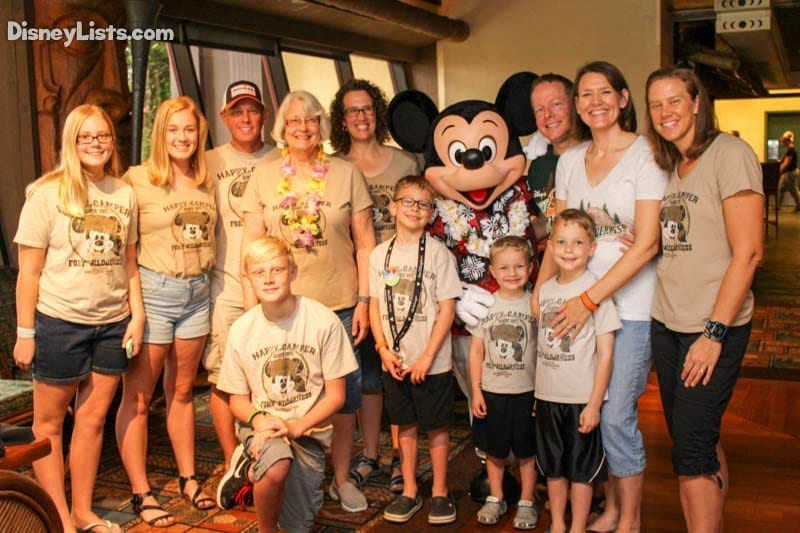 A vacation to Disney World brings generations together with the common bond of loving a mouse! We have taken multiple trips with our mothers and have enjoyed watching them connect with their grandchildren in ways just not possible at home. Grandparents know the characters, the Disney movies, the story of Disney because they grew up with them too. They get to share that love and create special memories and bonds with their grandchildren.

Parents also get to share their love and excitement of all things Disney with their children. I was never able to go to Disney World as a child, though it had been a dream of mine. When I finally went for the first time, I loved it. However, I loved watching my children experience the park more. Their experiences meant more to me and it made the trip so much more enjoyable than I ever could have imagined.

There are a lot of amusement parks in the world, and many of there are very good. But none can provide the level of quality and the depth of the experience like Disney can. How do they do it? It goes beyond a commitment to quality and big budgets. It springs out of their DNA as storytellers. Expedition Everest isn’t just a rollercoaster, it’s a trip through a culture to a faraway destination with an engaging story that starts when you enter the queue and doesn’t end until you’ve left the gift shop. When you’re at Disney World, you don’t just ride rides, you explore stories.

Disney World’s customer service is among the best in the world. Other businesses model their customer service to match Disney’s. In fact, they offer classes at Disney University to teach other organizations how to do things the “Disney Way.” We’re always hearing amazing stories of Disney Cast Members going above and beyond to make things right and to make Disney dreams come true. The great moments that stand out in other places are the norm at Disney. There’s just nowhere else you can go that consistently reaches this standard, and we enjoy being treated so well.

You might think that we would be bored with Disney World. Well, not a chance. Disney World is always growing, changing, evolving. With refurbishments, additions, and expansions, Disney World keeps improving and keeps setting the bar higher. In the last few years alone Disney Springs has been totally transformed (for the better), Pandora has opened at Animal Kingdom, Toy Story Land, and Star Wars: Galaxy’s Edge has opened at Disney’s Hollywood Studios, that that’s just the tip of the iceberg! There are always new things to explore!

1 – The Most Magical Place on Earth

Disney World can be described as the most magical place on Earth. It’s true. Everyday life and troubles often melt away while on a Disney vacation. You’ll hear us refer to the “Disney Bubble.” It’s the mysterious invisible barrier that surrounds Disney World that usual troubles cannot pass through. When you enter it, the Disney magic takes hold of you, and you can really forget what you left at home for a while. Families are generally happier because they are spending time together, doing some really cool, fun things.

Now, of course, this doesn’t mean that families don’t fight, children don’t cry, and people are not unhappy at Disney World. Real life still does happen. Overall though, we’ve found our vacations at Disney World were times when we were happier as a family and enjoyed each other much more than during our regular routines at home. Disney World is a little closer to the world we wished we lived in, and we’re a bit closer to the people we want to we were all the time.

While we wait for fireworks to return, this will h