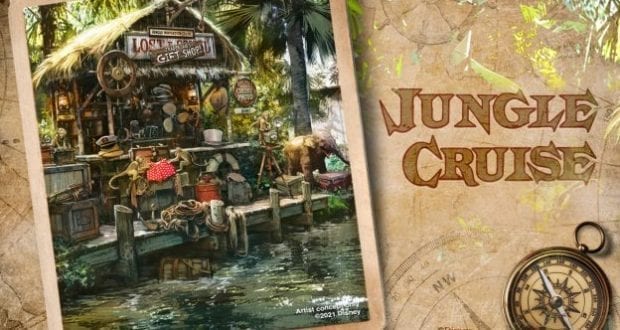 The Jungle Cruise at both Magic Kingdom Park and Disneyland are being updated with new scenes and storylines and work has already begun. At Magic Kingdom, Trader Sam was the first to be removed and other changes will happen in phases while the attraction remains open to guests. Disney has shared new concept art that shows what Trader Sam has been up to. Learn more below.

Here are all the details from Michael Ramirez:

Guests visiting Magic Kingdom Park may soon notice the latest updates coming to the Jungle Cruise as they come around that final bend. Trader Sam is charting a new adventure along the river at both Disneyland and Magic Kingdom Parks. Ever wonder what happened to that gramophone you accidentally left behind on the boat during your last adventure? How about that beloved pith helmet that went missing?

Word on the stream is that Alberta Falls, proprietor of the Jungle Navigation Company Ltd., has entrusted her longtime friend, Trader Sam, to manage the new Lost & Found location.  But, with Trader Sam being Trader Sam, there’s always an opportunity to make some extra money. After all, all the best rides end with a gift shop, right?

Take a look at this rendering of their newest venture together. Clearly, Sam is betting on an established reputation as the best merchant in the jungle! But, while he’s out lost and finding some new inventory, it’s the animals that get the last laugh! 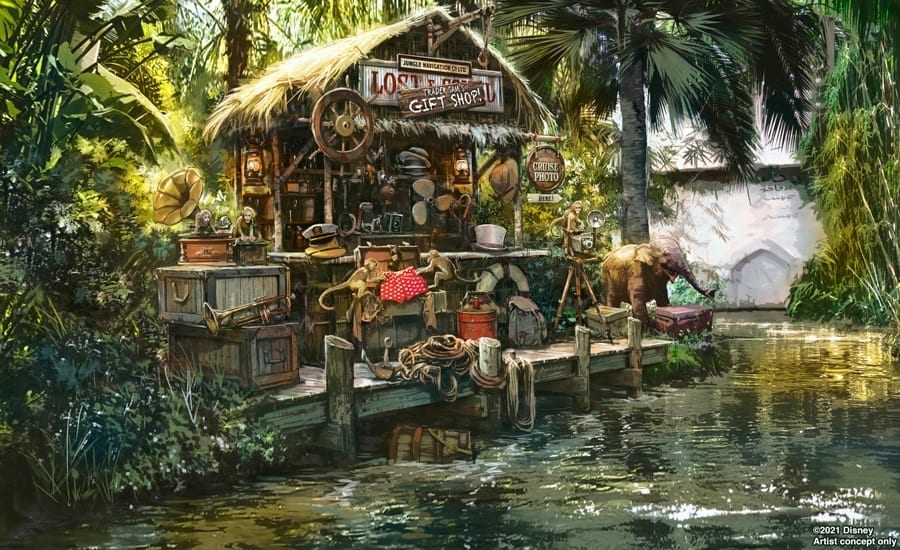 The new scene is one of several that are interconnected and build on the original story and humor of the Jungle Cruise. As previously shared, our world-famous skippers will continue to present the unique adventure and interactions guests expect.

Once complete, guests will learn more about the events that led up to this final scene. Stay tuned, as enhancements debut later this year! 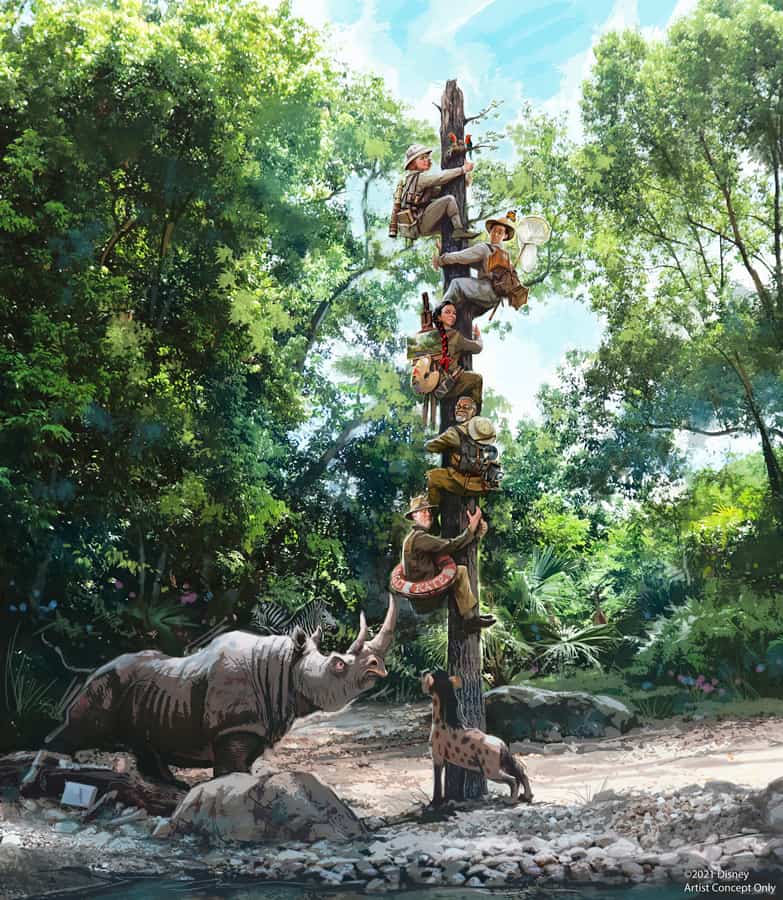 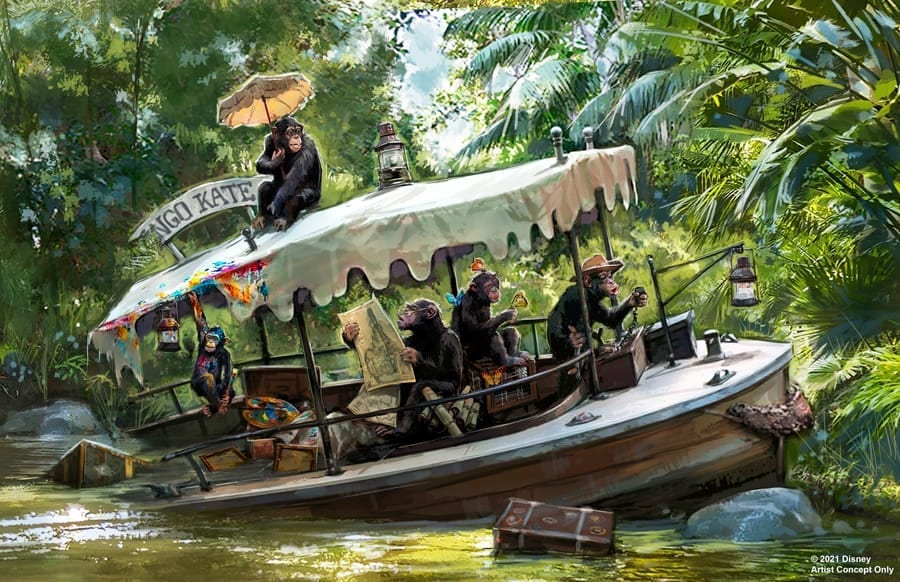 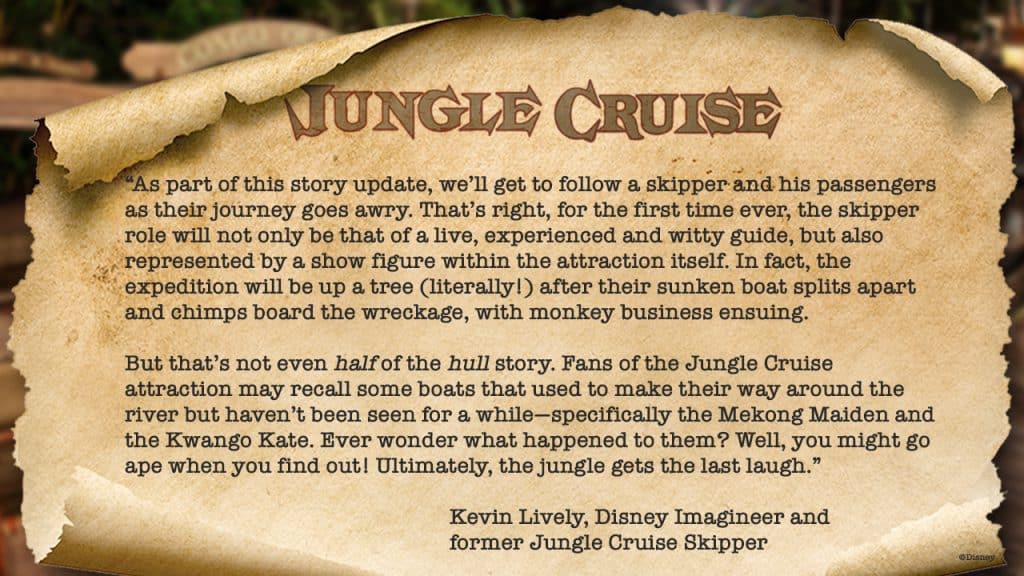 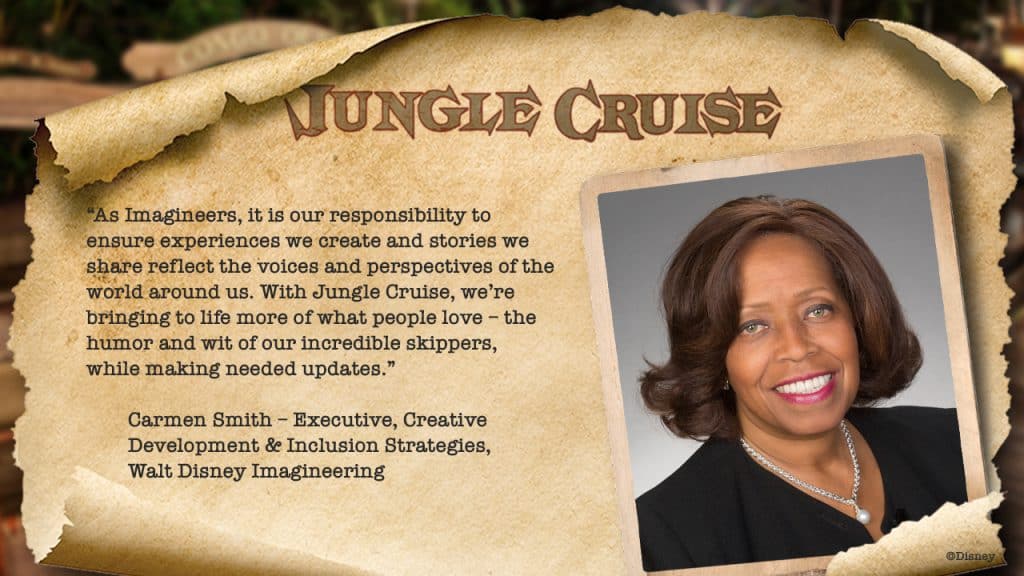 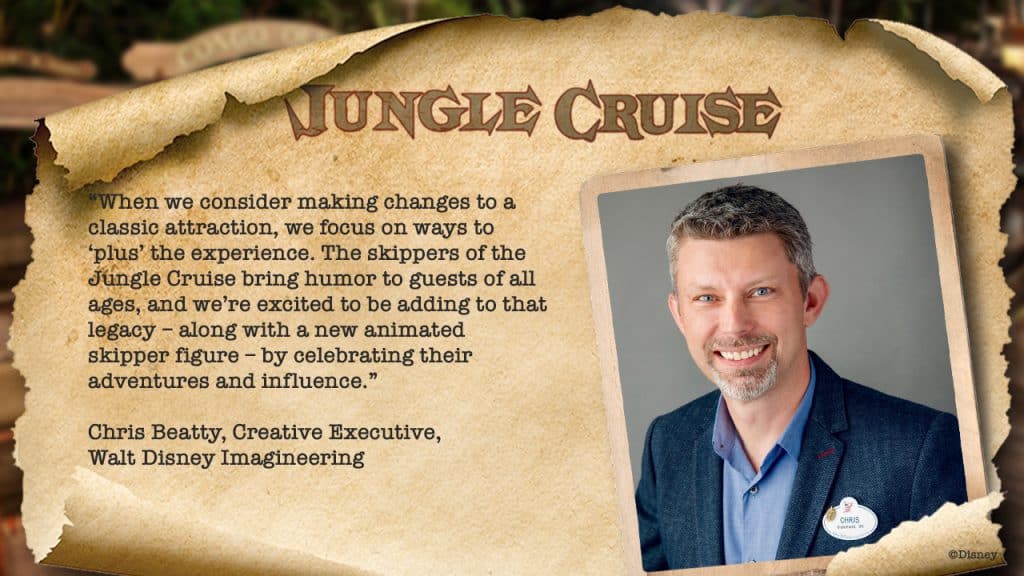 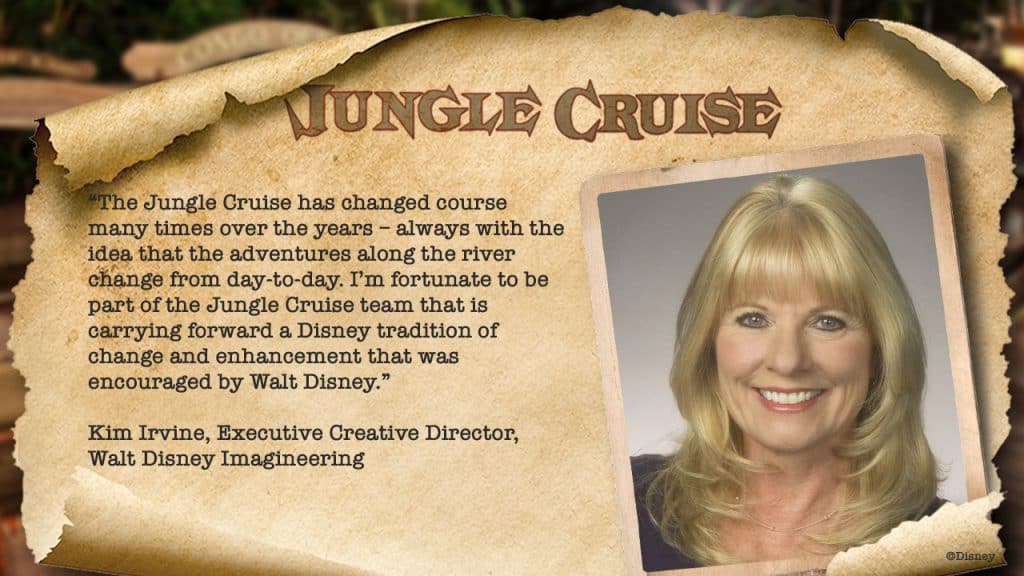