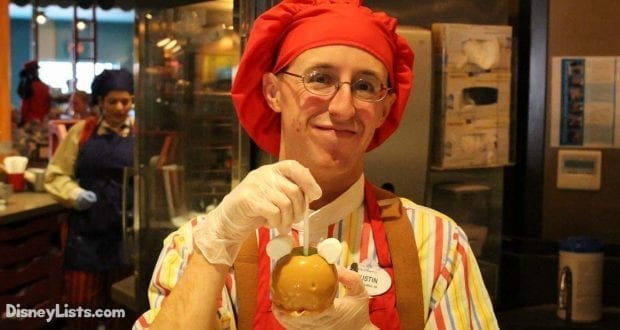 When I first became a Disney Cast Member and started my on-the-job training, I learned a lot of things that Cast Members should do. We’re taught the (now) Five Keys (Safety, Courtesy, Show, Efficiency, and Inclusion), the basics of our role, and to always go above and beyond for guests. However, there are also a lot of things that Cast Members should never, ever do. Guests hold Disney service to a very high standard, and Cast Members need to help keep that standard. In order to keep the Disney magic alive and provide excellent guest service, there are certain rules Disney CMs should never break.

During my first few weeks on my own at Animal Kingdom, I was tempted to answer “I don’t know” to even the simplest of guest questions. Mostly, this was out of nerves-trainers do a great job in teaching you everything about your role, and Cast Members always have a Tell-A-Cast on them that helps with most guest queries (a Tell-A-Cast is a small booklet listing everything from that day’s park hours to showtimes, to which kiosks serve turkey legs).

However, answering “I don’t know” is highly discouraged. Even if you genuinely don’t know the answer, the correct response is, “Let me find out for you.” For my role, I was equipped with a radio, and could usually get a quick answer from my coordinators. For others, there is always the option to take a moment and consult your Tell-A-Cast, or to ask a nearby Cast Member for assistance. As long you don’t leave the guest hanging, it’s okay to admit that you’re not sure where the nearest bathroom is, or what time the next Festival of the Lion King show is. No matter how you help the guest, the important thing is sending them on their way with the correct information.

6 – Pointing With One Finger

This one is obvious to all Cast Members, even if it’s not so obvious to guests. Pointing with one finger is considered rude in some cultures, so Disney Cast Members must point with either two fingers, or gesture with their whole hand. This habit became so ingrained in me, that I still point with two fingers years after I’ve left the company. This two-finger point is known as “The Disney Point,” and along with a nametag, it’s a surefire way of spotting a Cast Member.

When I was a Cast Member, keeping the magic alive for guests was very important to me. This meant that I tried very hard to keep to the theming of whichever land I was in and to maintain character integrity. Saying “Jambo!” in Africa, or “Have a Wild Time!” to those entering Animal Kingdom, keeps with the theming and helps guests to imagine that they really are in a distant land. While working in DinoLand, I would ask guests to tell me about their time-traveling adventures at The Dino Institute, and in Asia, I would tell them to keep an eye out for the mysterious Yeti. I would ask guests if they had fun eating bugs with Timon (if they had just returned from a meet and greet), or if they asked Pocahontas about the colors of the wind. Playing along and keeping with the theming of your area is “good show.”

“Bad show” is the opposite. It doesn’t necessarily mean that you aren’t doing your job well, but it also means that you’re not helping to create and maintain the Disney magic. Cast Members should have fun with their roles, even if it feels cheesy. Of course, acting rude and not treating guests nicely also contributes to “bad show.” No matter how hard of a day you’re having, or how difficult a time a guest may give you, it’s always important to keep that Disney magic.

4 – Slouching, Sitting, or Crossing Your Arms

I’ll admit- I got in trouble for this once. Most positions at Disney keep Cast Members standing on their feet all day, often out in the hot sun. It’s very tempting to lean against a railing or to slouch when you’re feeling tired. However, it’s also against the rules-Cast Members need to stay alert and maintain their energy. Of course, you have to take care of yourself, but there are ways to do this without sitting on the floor. Drink lots of water, kneel down to a child’s height when speaking to them (this can relieve some pressure off your feet), and make sure you spend your break time sitting down in the air-conditioning.

During the end of a long day, I went to my last position over at the Flamingo enclosure. It was in the shade, there was nobody around (it was near park closing time), and the fans up top were blowing a heavenly breeze. Without really thinking, I went to perch on a wooden railing near the fan…for just a few minutes. Of course, one of my coordinators came by and reminded me to stay on my feet. I felt incredibly ashamed and knew never to do that again. This rule may seem harsh, but Cast Members are upholding the Disney image. If you’re sitting or standing with your arms crossed, you might appear unapproachable to guests. You risk looking lazy. These are attitudes no guest wants to see in a Cast Member.

Cast Members learn about the “Disney Look” even before the start of orientation. This includes a lot of rules regarding your physical appearance. These rules have been relaxed recently with the addition of the 5th Disney Key, Inclusion. However, you still must always have on the proper costume for your role and area. I saw Cast Members get turned away from Traditions, our company orientation, for wearing clothes that were too revealing or too casual.

You also need to make sure to wear all the pieces of your costume at all times. For our role as Conservation Education Presenters, we needed a lot of accessories- a belt, hiking boots, a vest, a red shirt, and khaki shorts or pants with an optional hat. Shoes had to be worn with ankle-length white socks, and of course, a nametag had to be worn at all times. If you happened to forget your nametag one day (it happened more often than I thought), you could borrow a spare nametag, even if it meant going as “Chris from Orlando, FL” for the day.

One time, one of my fellow Cast Members came to work with the wrong socks. Our coordinators, gently yet sternly, told her she would either have to go home and change, or purchase a new pair of socks. She went out in the park and, luckily, found a pair of appropriate socks to buy in a gift shop. Keeping with the Disney look is very important, and Cast Members are monitored from head to toe (literally). Staying in costume maintains the theming, keeps you looking polished and professional, and adds to the overall Disney experience. 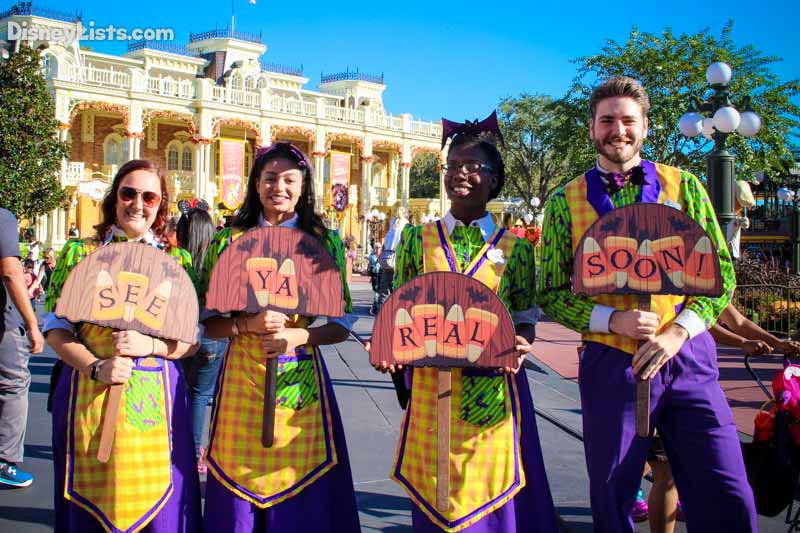 This may seem like common sense, but Cast Members shouldn’t fall into habits that make it look like they’re ignoring guests. This includes having your phone in your hands, zoning out, and stopping to chat with other Cast Members while onstage. Of course, Cast Members are human too-chatting with friends isn’t exactly forbidden, but if a guest is in sight or approaches you, all attention should be directed at the guest. Conversations should be quick or saved for breaks. Phones should be kept out of sight. And as tired as you may be, it’s not a good look for a Cast Member to stare blankly into space. Just like any job, Cast Members must always be professional and friendly, and guests come first.

I mentioned the Four Keys earlier, which are Safety, Courtesy, Show, and Efficiency. Safety is first, and for a good reason. In an emergency, getting guests to safety is more important than maintaining theming and being courteous. Whether it’s evacuating guests off a ride, assisting with a lost child, keeping streets clear during parades and fireworks, or helping a sick guest, safety needs to be prioritized above all else. During ride evacuations and firework shows, guests may hear cast members raising their voice and acting stern. This isn’t to be rude- we’re trained to project our voices if we need to be heard, and to make sure no one gets hurt.

Of course, it’s also important to be courteous, and stay in theme, and be as efficient as possible. However, all of that would be forgotten if a guest were to get hurt or be put in danger. This goes for fellow Cast Members as well- Cast Member safety is just as important. The worst thing a Cast Member can do is forego safety for fear of breaking character or appearing rude. This is why the Four Keys are drilled into our heads from the very first day of orientation. Safety should always be put first, especially in a place as large as Disney World.