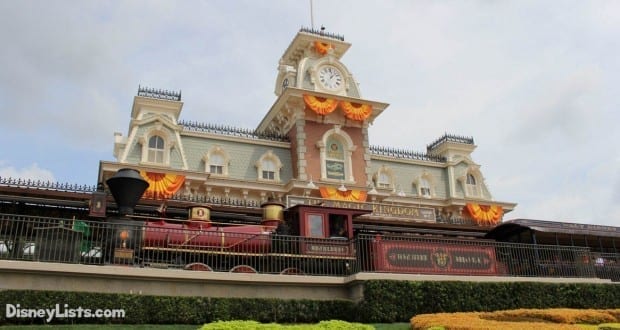 5 Must Do Opening Day Attractions at Magic Kingdom

Posted by: Chad Nykamp in Magic Kingdom, The Parks

Magic Kingdom nearing its 50th Anniversary in 2021 and a lot has changed in the park (not to mention the rest of Disney World). Countless new rides have been added along with new hotels, restaurants and of course gift shops. Heck, there are entirely new lands that didn’t exist on opening day. Perhaps what’s most impressive is the advancement in ride technology. Compare the old Mission to Mars with today’s Mission Space in Epcot. That being said, one of the things that made Disneyland and the Magic Kingdom in Disney World so amazing when the opened was the push of the technological envelope Disney presented. The technology (much of it invented by the Disney Company) was just astounding in its day. In fact, most opening day attractions still exist, and many still hold up exceptionally well. Here are five opening day attractions that are must-dos for every Disney World guest.

5 – The Hall of Presidents

It’s unlikely that The Hall of Presidents tops any kid’s list of favorite attractions. That being said, this opening day attraction is a must-do for every Disney World visitor. The show features incredibly lifelike animatronic figures of each United States President since the founding of our country, and each is introduced in the order in which they served. While most Presidents simply acknowledge their introduction, others, including the current President have speaking parts. Amazingly lifelike, during the show Presidents fidget, scratch, and shift from foot to foot. In other words, they behave like a group of real men standing and sitting for the show. The show is a must-do at least once to get a look at the technology that has played such an essential part in Disney World past and present. It’s also important in understanding Walt Disney the man. Deeply patriotic, this was a significant attraction for him. It’s a fascinating look at American history and a little time sitting down in the air conditioning doesn’t hurt either.

I know, now you have that song stuck in your head. This is an attraction that people love to pretend they hate. And yet, it always has a long line. It’s a Small World holds up primarily because of its simplicity. It’s a brief but fun look at cultures and traditional dress around the world. With so much to see, we always try to spot something new each time we ride. It’s a Small World has been a tradition every single trip for us, and it is still an absolute must-do for every person no matter how long they’ve been coming. It’s simply the most iconic attraction Disney has ever produced. I’m convinced that someday if we encounter an alien civilization on the other side of the universe, they will know this song.

Editor’s Note: Bad news Disney fans. The Magic Kingdom Railroad will be closed to allow for refurbishment and construction of the new Tron rollercoaster in Tomorrowland. If you happen to be visiting while it’s closed, it will be a great excuse to start planning your next vacation!

Walt loved trains, and honestly who doesn’t. There is something so exciting about riding an old steam locomotive around the Magic Kingdom. As a kid, driving the train was all I wanted to do when I grew up. Sure, that great coal smell is gone and the animatronic scenes on the journey aren’t exactly state of the art, but there are few things you can do to find inner peace than to “sit back, relax, and enjoy your scenic tour around the Magic Kingdom.” As a bonus, this ride also offers a few peeks backstage.

When it comes to the Jungle Cruise, you either love it, or you’re wrong. It’s as simple as that. It’s been scientifically proven that the Jungle Cruise is still awesome. Where else but the Magic Kingdom are you able to cruise the waters of every major river of the world, see exotic locations all while being entertained with the corniest jokes known to man. The scenery is secondary to the real point of the ride; pathetic puns, silly sight gags, and ridiculous riddles. If you’ve heard the jokes before that’s okay. You can ride over and over and be assured they don’t get any better.

Note: If you’re a Jungle Cruise fan, you have to get over to Trader Sam’s at the Polynesian Resort. One of Disney World’s newest lounges, everything from the décor to the drinks to the jokes are based on this classic ride. You can learn more by reading Trader Sams – 8 Things You Need to Know. The number one must do opening day attraction is The Haunted Mansion. This is simply the best-haunted house ride in the world. Again, the technology (although some of it has been updated to make the ride even better) was terrific at the time. Part walk-through, part dark ride, the show actually starts when you enter the line so pay attention as you’re making your way toward the front doors. Be sure to check out the headstones in the family cemetery. Along with some good chuckles, you may get a surprise or two.

While this ride should be approached with caution when it comes to young children, rest assured that this is not a horror house. The haunting is combined with some good humor, and most people find it pleasantly entertaining rather than frightening. On your way out be sure to check out the burial vaults and the pet cemetery on your left. Lot’s of good humor here and some nods to great attractions from the past. RIP Mr. Toad.