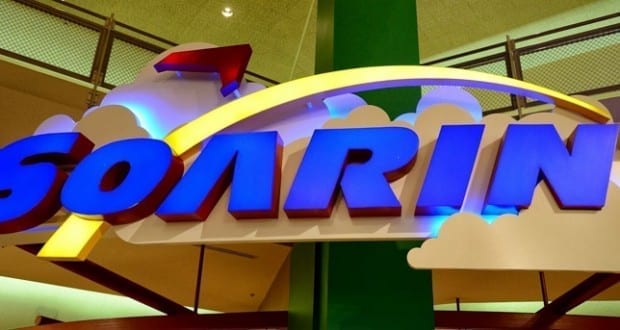 BREAKING NEWS: Very Popular Ride to Close for Most of 2016

First reported by WDW Magic, Disney World will be closing Soarin Over California on January 4, 2016. Soarin will be closed through the summer with no official reopening date currently set. During the lengthy refurbishment, extensive changes will be made to the ride including finalizing the much needed third theater and upgrades to the projection systems which should dramatically improve show quality.

Of course, the most exciting change will be to the film itself as Disney replaces the long running Soarin Over California with Soarin Over the World. The change was first announced at D23 in August. Full details on changes to the ride can be found here.