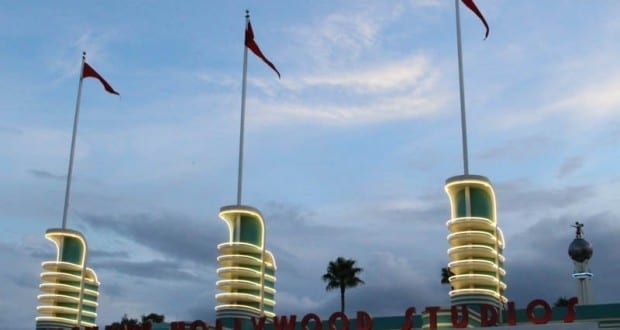 In an interesting case of life imitating art, Darth Vader will soon be replaced by new Star Wars neck-hugging bad guy, Kylo Ren, at the character meet & greet section of Star Wars Launch bay. The change will take place in February. At this point, it appears Chewbacca will manage to escape the young apprentice of the Dark Side (for now). For more information on Star Wars Launch Bay click here.

Every day at Disney Parks, you can step into exciting Star Wars experiences such as Star Tours: The Adventures Continue, “Jedi Training: Trials of the Temple” and Star Wars Launch Bay, where you can come face to face with some of the greatest heroes and villains of the saga. Soon, a visit to Star Wars Launch Bay at either Disneyland park or Disney’s Hollywood Studios will transport you to the Star Wars galaxy for an encounter with Kylo Ren on the bridge of his First Order Star Destroyer.

As seen in Star Wars: The Force Awakens, Kylo Ren is a dark warrior with a mysterious past. Ren is strong with the Force and serves as a leader of the First Order, seeking to destroy the New Republic, the Resistance and the legacy of the Jedi.

Star Wars Launch Bay was designed to showcase a variety of Star Wars characters over time. In addition to Kylo Ren, you may also come across a garrison of First Order Stormtroopers or the heroic Wookiee, Chewbacca, holed up in a secret Resistance base.

The portal from Star Wars Launch Bay to Kylo Ren’s Star Destroyer opens at Disneyland park and at Disney’s Hollywood Studios next month.

Meeting your favorite Disney characters is usually a top priority for most guests visiting Disney World. While visiting characters can certainly be done on a whim, for the best experience possible, it’s best to have a plan and even some FastPasses with you at the beginning of the trip. That plan begins with knowing where the characters are located in the parks.

Hollywood Studios offers a great opportunity to meet characters that you can’t find anywhere else! If you have young children who love Disney Junior, this park is a must stop so they can meet their favorite characters. Use this list to plan your day meeting characters at Hollywood Studios!

We’ve put together an all-in-one checklist for you to easily see where the characters are located, what kind of environment you’ll meet them in (yeah for air conditioning!), whether you can reserve a spot with FastPass+, and the times you’ll be able to greet them. Use this list to plan your day meeting characters at Hollywood Studios. You may want to bookmark this page and share it with others in your party or you fellow Disney lovers.

Times are current as of January 14, 2016. Times and characters may vary and change and are not guaranteed. Always check the Times Guide in the park for the most up to date information. Read our entire series on meeting characters at Disney World. Check out our 8 Strategies for Meeting Characters and Character Dining – What You Need to Know, as well as checklists for Magic Kingdom, Animal Kingdom and Epcot!