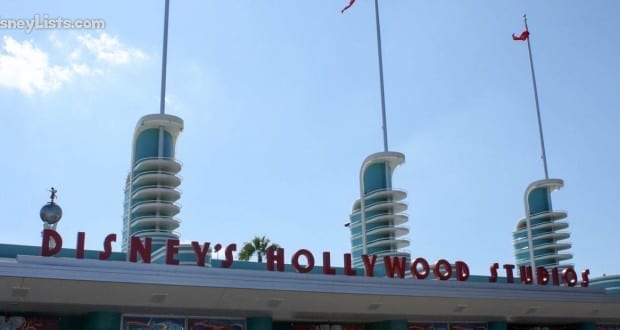 Rumors have been flying for awhile that Disney’s Hollywood Studios would be receiving a name change. Given the string of closures in 2015 we’ve taken to referring to it as The Incredible Shrinking Park. Well, 2015 is over but the closures aren’t. Less than one day into the new year news has surfaces of the latest casualties as Disney makes way for Star Wars and Toy Story Lands.

The character meet and greets in the Streets of America area will close next week. January 4, 2016 will be your last chance to meet both Phineas & Ferb and Lightning McQueen and Mator. Meeting your favorite Disney characters is usually a top priority for many guests visiting Disney World. While visiting characters can certainly be done on a whim (and you should always be on the lookout for unscheduled drop-ins), for the best experience possible it’s good to have some idea ahead of time how you are going to approach character meet & greets. Here are 8 strategies for the best time meeting the characters in the parks at Disney World.

8 – Know Where the Characters Are

Some characters can be found in multiple locations at any given time (Shh! Don’t tell the kids!), while others are only available in one spot. Some only appear during special events and some are available only with character dining. We’ve put together a series of ultimate checklists for you to easily see where characters are in the parks and in the restaurants. Bookmark these checklists and use them to figure out who you want to see. Then…

7- Plan Out a Rough Schedule

Using the character greeting lists, make a rough plan on when and where you want to meet the characters. Note that some characters are only out in the morning or early afternoon. Some are out late and some pack it in early. Planning ahead, at least for your top characters, will ensure that you don’t miss any! We suggest having an “A” list with the characters you absolutely don’t want to miss. Then make a “B” list of characters that you’d like to meet, but it wouldn’t be the end of the world if you didn’t make it. Finally, make a “C” list of characters that you don’t need to see (at least this trip) but if they were standing all alone you’d make a quick two-minute stop. Using those A, B and C lists you can now get a better idea of how you’ll spend your time meeting characters, because you don’t want to miss those rides either!

6 – Get FastPasses for Your Top Characters

As you are planning out your “A” list, note the character spots that are available by FastPass+. If you are a Disney Resort guest, you can make your FastPass+ selections 60 days in advance from the first day of your reservation. Making FastPass+ reservations is an absolute must for meeting Anna and Elsa. Wait times are terribly long. If your child wants to meet Anna and Elsa, then we highly recommend trying to make those passes at 12 midnight EST, 60 days out if you are a resort guest, or 30 days out if you are not staying on Disney Property. For a complete guide to using FastPass+ read our 9 Things You Need to Know About FastPass+. 5 – Prepare Your Kids for the Meet & Greet (a.k.a Etiquette)

How you prepare your children for meeting the characters will largely depend on how old they are. If they are young, they will likely be shy or afraid. You can reassure your child that the characters are so excited to meet them and help build up their excitement. If you have reservations for character dining with young children, we highly recommend scheduling it later in the trip and have a few warm up character sessions in the park. Regardless of age here is the best advice to everyone–be respectful. These characters are real people (even though your child might not see them). I had the unfortunate experience of watching two young boys, punch Chip ‘N’ Dale in the nose over and over, even though they were told not to by the cast member. Mom did nothing to stop the boys and their time with the characters was abruptly ended. It goes without saying that everyone should treat the characters with respect.

4 – Be Considerate of Others in Line

Characters have a great talent for making everyone they meet feel like they are so excited to meet them. They will happily sign autographs and pose for pictures. While it’s certainly true that you waited to see them, be considerate of others in line and take your turn in a considerate manner. When it’s your turn, by all means don’t feel rushed and do what you need to do, but don’t take an eternity. I’ve seen countless families act like everyone else behind them in line doesn’t matter as they overstayed their welcome. Cast members will likely help dawdling families, but to ensure everyone has a good experience take your turn and move on.

3 – Have Your Camera & Autograph Book Ready

Part of being considerate to others is to have your autograph book open to a blank page with pen ready, handing it to the character. Sharpies work best because they are thicker and easier to handle. Also, if you are taking pictures, have your camera on and ready to go. If you like to manipulate the settings on your camera, do that while you’re standing in line. I usually take some test shots of the groups ahead of me to get the camera settings where I want them. I just delete the pictures later. Then when I get up to my turn, I’m all set and can click away. Also, note that Disney photographers are (usually) happy to take pictures with your camera, so you can join the characters for a shot.

If you’d rather not worry about pictures, let Disney do the work. All character greeting spots have Disney photographers who will click away while your family meets the characters. After they take your picture they scan a PhotoPass card or your Magic Band. After your vacation is done you can download and buy any pictures you want. It doesn’t cost anything to get your picture taken, so use the service as often as possible. You can always choose not to buy a picture, but you can’t transport yourself back to the park to get the picture you missed.

If you anticipate using a lot of the Disney photography options, you can save significant money by buying a Memory Maker package that allows you to download every picture from PhotoPass photographers, attraction photos and videos, Magic Shots and Dining Photos. An advance purchase is $169. Note that the advance purchase package does not include photos taken within three days of purchase and the purchase is non-refundable. The regular Memory Maker package starts immediately and is $199. If you don’t want to worry about taking your own pictures, then this is a great choice!

Also, if you are vacationing with a large party with multiple families, then Memory Maker saves you even more money. Not only can you download your own Disney PhotoPass photos, you can also download those on your Family & Friends lists in My Disney Experience. Multiple families can go in on the purchase and everyone can have access to the pictures!

UPDATE: As of October 4, 2015, guests with Gold, Platinum and Platinum Plus annual passes can download PhotoPass photos for free.

1 – Turn Your Experiences into a Keepsake

Read our entire series on meeting characters at Disney World. Check out our Character Dining at Disney World – What You Need to Know as well as checklists for Magic Kingdom, Animal Kingdom, Epcot, and Hollywood Studios!