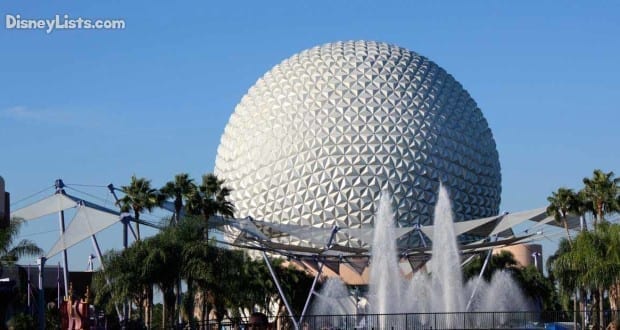 It seems like all we have lately are big news weeks out of Disney. This week was no different. Several big news stories out of Disney World and a handful of smaller items as well. Long overdue changes to FastPass+ announced will have big impact. This week brought big changes at Hollywood Studios including the debut of a new stage show and the closure and reconfiguration of large portions of the park. Two bad news stories this week as the opening date of a major attraction is pushed back and Disney make significant changes to DVC benefits policy. Finally, several cool dining items of note. Details below.

This is without question the biggest story of the week. Most guests like FastPass+, but there are a handful of suggestions for improvements you hear a lot. Disney has obviously been listening and significant changes are coming. In many ways, the next version of FastPass+ combines the best of FastPass+ and the old paper ticket system. The biggest change coming is that guests will no longer need to use a kiosk to change or make additional FastPasses. Guests with smart phones will now be able to use the MyDinsey app to do both. Also, once your pre-booked FastPasses are used or the windows have expired, you will be able to use your phone to make an additional FastPass reservation and then another after each FastPass is used (like the old paper ticket system). Changes go into effect April 10, 2016.

This is just the top of the list. There are several other changes we’re just as excited about and we think makes FastPass+ nearly perfect. For full details on all changes coming, click here.

A brand new Star Wars stage show debuted this week on the stage in front of The Great Movie Ride. This show has been both highly anticipated and highly reviled. Love it or hate it, it’s been a hot topic of discussion. We were there for opening day and the show didn’t disappoint. Fans of Star Wars will likely enjoy it and it does add a much needed entertainment attraction in a shrinking park.

For a full review and run down of the show along with lot of photos, click here.

Another major entertainment offering scheduled to open in April has been delayed. Disney announced that the April 22 opening of Rivers of Light, the brand new nighttime spectacular has been pushed back until mid to late May. We did, however, get a sneak peek with a photo from a recent rehearsal. I have to say, the concept art didn’t do it justice. It looks amazing.

For full details on the show, the delay and photos, click here.

The construction walls are up and attractions are coming down. The massive slate of closures at Hollywood studios announced months ago have taken place and demolition has begun. A significant portion of the back half of the park is now blocked off. This, of course, is the next step in the construction of the new Star Wars and Toy Story lands.

For full details on what has been closed, construction updates, changes to the park layout, and construction photos, click here.

This one is going to make a lot of people angry. DVC announced that moving forward, DVC members who purchase vacation points via resale versus directly from Disney will no longer be entitled to the additional benefits such as discounts, special events and vacation exchanges. DVC ownership is deeded property in some ways similar to owning a piece of a house. Like purchasing a home, you can buy new from the builder or used from an existing owner.

The move is obviously intended to entice new members to purchase points directly from Disney at their new properties at substantially higher prices versus purchasing a resale from an existing member. Moving forward, guests interested in DVC will need to determine for themselves if those added benefits are worth paying a premium to purchase directly from Disney. However, the real losers in this policy change are the existing DVC members who just had the value of their ownership significantly impacted.

We reported a couple weeks ago on a new breakfast offering with a twist when details were accidentally made live on the Disney website for a brief time. Well, it’s rumor no more. The new Early Morning Magic breakfast in Magic Kingdom is official and reservations are available. The breakfast will be buffet style and will be held at Pinocchio’s Village Haus. The twist is that breakfast attendees will get access to three of Fantasyland’s most popular rides 1.5 hours before the park opens to other guests. Featured rides are Peter Pan’s Flight, Seven Dwarves Mine Train and the Winnie the Pooh ride.

For full details, pricing and our thoughts on the new breakfast, click here.

A brand new ice cream shop will be opening at the Boardwalk this spring. If you’ve been visiting DisneyLists for awhile you probably know how we feel about ice cream and how excited we are about this announcement.

At Disney Parks, we all scream for ice cream! A re-imagined take on the turn-of-the-century ice cream parlor is set to open this spring at Disney’s BoardWalk Inn & Villas. Ample Hills Creamery, a Brooklyn-based company known for their creative approach to all things ice cream, will open its first location outside of New York City.

The new creamery will be located on Disney’s BoardWalk, overlooking Crescent Lake—a short walk from Epcot and a relaxing boat ride from Disney’s Hollywood Studios. Guests will be able to peek into the promenade-facing kitchen windows, where ice cream and mix-ins will be handcrafted the old-fashioned way.

The menu for the new signature dining restaurant in Animal Kingdom, Tiffins, has been released. No surprise, the food looks good and features culinary influences from around the world.

Tiffins, the newest restaurant in the Discovery Island area of Disney’s Animal Kingdom, opens this summer, and the Disney chefs have been hard at work to create inventive dishes inspired by the world travels of the park’s creators.

From the familiar to something new, the menu offers something for everyone – from a berbere-spiced lamb chop to a New York strip steak or beef short rib with potatoes. Starters include a Lobster-Popcorn Thai Curry Soup with Basil and Peanuts (Asia/Africa) to marinated grilled octopus (Europe). Sustainable seasonal fish crudo (South America) and a salad of roasted baby beets and goat cheese with walnut granola and a sun-dried cherry vinaigrette Discovery Island (North America) round out international creations.

“With a focus on South American and South African wines, the beverage program is very special – we don’t have another one like it at Disney,” said Master Sommelier Brian Koziol, Food & Beverage Concept and Development director for Disney Parks & Resorts. “The program will focus on environmentality: producers that focus on sustainability, organic wines, and bio-dynamic viticulture,” he explained. “Environmentality is a core value at Disney’s Animal Kingdom, and this beverage program is a great way to share that with our guests.”