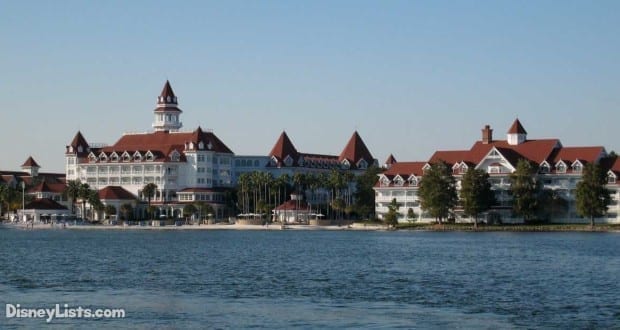 Absolutely horrible news out of Disney World tonight. According to the Orlando Sentinel, a two-year-old child was attacked and dragged into the Seven Seas Lagoon at the Grand Floridian Resort at Walt Disney World at approximately 9:30 pm.

The incident happened in the area where movies are shown nightly on the beach. According to on scene reports, the family was watching the movie and the child next to the father.

The Orange County Sheriff’s office is reporting that at approximately 9:30 pm this evening, an alligator grabbed hold of a two-year-old child on the beach of the Seven Seas Lagoon at the Grand Floridian Resort. The beach has been sealed off and search and rescue are searching for the child.

As of this point the child has not been found.

This incident is the latest in a horrible week for Orlando with the murder of 22 year-old Voice Star Christina Grimmie who was shot outside a concert venue while signing autographs and the brutal attack at the Orlando nightclub, Pulse which resulted in the death of 49 people.

Prayers for the family of the missing child are needed. Witnesses said the family was on the beach and the boy’s 4-year-old sister was in a play pen about 20 to 30 yards from the water on the sand, according to Orange County Sheriff Jerry Demings. The toddler was wading in the water nearby.

“The father actually went into the water to wrestle his son from the grips of the alligator,” Demings said.

The father suffered minor scratches on his hand, but was unsuccessful in getting his son back. Demings said the mother also went into the water, trying to find her child.

Jeff Williamson with Orange County Sheriff’s Office said at the Wednesday morning news conference that the search for the boy is still a search and recovery mission and that they are holding out for the best outcome.

Florida Fish and Wildlife Conservation Commission said they have taken four alligators out of the lake to euthanize and analyze them, but none were believed to be the gator involved in the attack.

The alligator is described as being anywhere between 4 to 7 feet in length.

“We have not had any recent reports or complaints of nuisance gators in the area,” Demings said.

There are “No Swimming” signs at the lagoon and no one else was in the water at the time of the attack besides the child, Demings said.

This body of water is not for recreational swimming “likely for that very reason,” the reason being alligators.

“This is Florida and it’s not uncommon for alligators to be in bodies of water,” Demings said.

“The sad reality of it is it’s been several hours and we’re not likely going to recover a live body,” Demings said, adding, “We’re not leaving until we recover the child.”