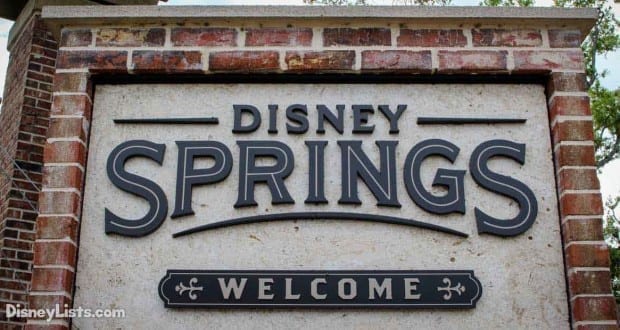 Multiple Sources are now reporting that Omar Mateen, the radical Islamic terrorist who ruthlessly opened fire early Sunday morning at an Orlando, Florida nightclub, also scouted Disney World as a possible target for his attacks. Forty-nine people were killed in the attack with 53 more injured. More details below.

According to a federal law enforcement source, Mateen’s wife, Noor Zahi Salman, told officials that she and her husband visited Disney World in April of this year. According to Zahi Salman, her husband was scouting both Disney Springs, Disney’s open-air shopping district, and the Pulse nightclub where the attacks took place.

Disney has made no comment on the threat to Disney Springs specifically or to Disney World in general. However, Disney CEO Bob Iger did comment earlier in the day, “We are all heartbroken by the tragic and horrific events in Orlando, and offer our thoughts, prayers and support to everyone in our community affected by this senseless act.”

In light of the attacks, which happened just 19 miles away from Disney Springs, Disney World has stepped up security presence at their parks and around property. Disney had installed metal detectors in their parks late in 2015 with guests randomly chosen for screening since then. Security has now been tightened up significantly and reports have come of lines to get through security and into the parks much longer than normal.

Sadly, we know of at least one Disney Cast Member killed in the terrorist attack. Xavier Emmanuel Serrano Rosado worked at Disney Live in the Mickey’s Rockin’ Road Show. Universal Orlando also had at least one employee, Luis Vielma, who was a production assistant on the Harry Potter Forbidden Journey ride. Vielma was 22.

As long time Disney lovers, residents of Orlando, Americans and human beings, the past 36 hours have been both shocking and saddening. With yet another stark reminder that evil exists in this world beyond the movies and fairy tales, our thoughts and prayers go out to the victims of yesterday’s attacks and their families, our fellow Floridians, the Disney family of cast members and to all people around the world who value life, family, happiness and that which is good.

While personal safety is usually a concern on some level for most people, it rarely bubbles up to the surface when we’re at Walt Disney World. After all, it’s the Happiest Place on Earth, right? There is a tendency to believe that nothing bad (other than rain) ever happens in this magical place. However, every time violence or a terrorist attack grab the headlines many guests start wondering how safe they really are when they visit the parks. So, in light of the recent attacks, is it safe to go to Walt Disney World? Obviously, not even Madame Leota can predict the future or make guarantees. But here are 5 things to consider when making a decision about visiting Disney World.