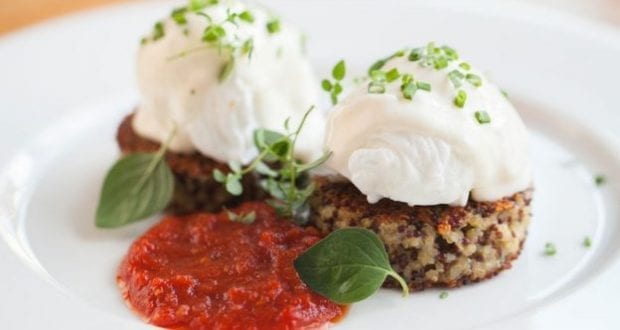 Here are all the details from Disney Cast Member Kelsey Noland:

It’s no secret that Disney Springs has some of the best dining at Walt Disney World Resort and anywhere in Central Florida for that matter. Within the last year we’ve opened two new restaurants, Wolfgang Puck Bar & Grill and Jaleo by José Andrés, both headed by James Beard Award-Winning Chefs. (Fun fact: We’re up to six James Beard Award-winning, chef-owned locations now!) We’ve got it all—Italian, Mexican, Asian, Spanish, and all-American plus plenty of unique spots to cure any sweet tooth. But what if I told you we have more on the way? That’s right— I’m excited to share details about another restaurant coming to Disney Springs! 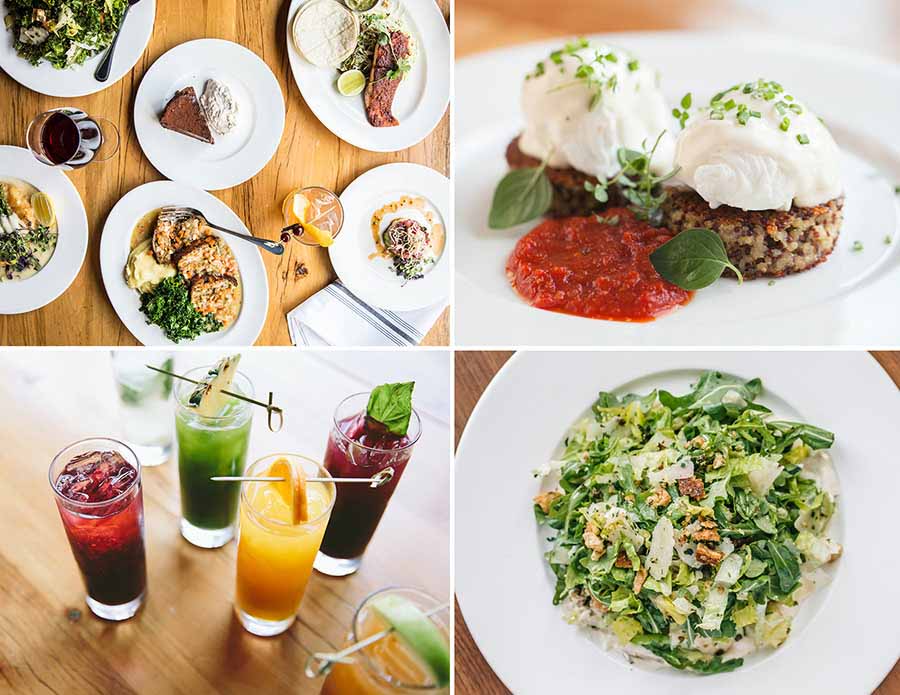 Beatrix, owned by Lettuce Entertain You Enterprises (a Chicago-based restaurant group), will open their first restaurant in Florida at Disney Springs West Side. Beatrix is your neighborhood restaurant, coffeehouse and grab-and-go market featuring healthy food options including vegetarian, gluten-free, and vegan along with fresh-squeezed juice cocktails. The restaurant will also offer a bakery and full-service bar with a selection of all-American beer and wine. Executive Partner and Divisional President, Marc Jacobs, explains “Beatrix represents the way people are eating today – it’s that mix of health and comfort. Whether grabbing a cup of coffee and your favorite pastry, or having a cocktail, lunch, or dinner with friends, it’s your neighborhood meeting place.”

Ever since Downtown Disney was renovated and re-themed as Disney Springs, I absolutely love spending time there. Not only is there a lot more to do, but it seems as though every corner has a picturesque spot or a lovely view. Whether it’s from atop a restaurant, over a bridge, on the water or up in a balloon, Disney Springs can be a photographer’s dream- you just have to know where to go!

It seems obvious, but one of the prettiest locations to take photos of (and in front of) is the blue waters and industrial signage that put the “springs” into Disney Springs. Imagineers designed the shopping and dining district to look like it was built over natural hot springs, and the backstory explains that a bottling company was opened to distribute the water. The Springs Bottling Co. sign is located over Morimoto Asia, and if you stand across from that restaurant from one of the bridges or restaurant patios, you can get the perfect photo of the sign and the clear waters of the springs!

A sweet spot to take photos of (pun definitely intended) is the Cupcake ATM located in front of Sprinkles Cupcakes. I find it so cool that you can just walk right up to the ATM and grab a cupcake on the go- the ATM is restocked every day with a variety of freshly baked goodies. The ATM is bright pink and hard to miss, and it makes for really colorful and fun photos. Make sure to pose in front of the ATM with your perfectly iced cupcake, and you’ll be sure to have everyone drooling over those delicious pictures! 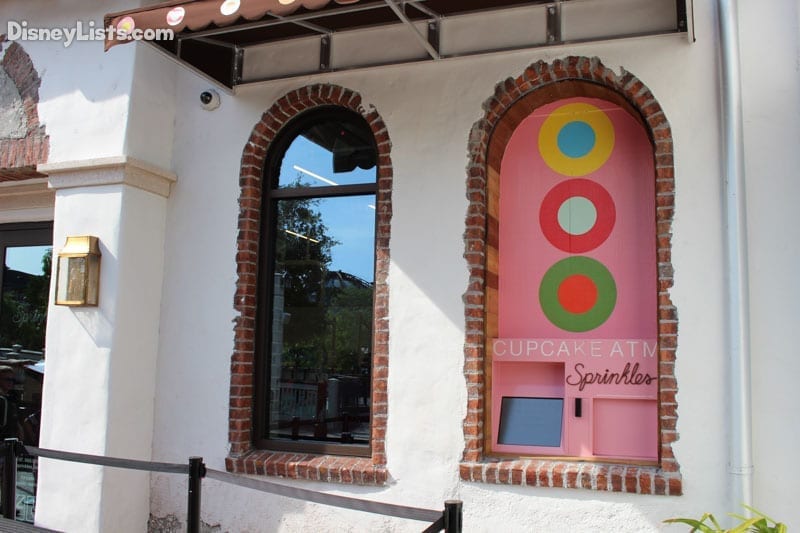 A classic spot in Disney Springs is the Lego Store, with the characters made out of Legos placed out front. It’s hard to pass by without taking a picture of each one, especially as new figures seem to crop up all the time! A few of my favorites are the figures of Prince Phillip fighting the dragon Maleficent, and Buzz and Woody shooting off from a rocket. But my favorite is Brickley, the Sea Serpent! He hangs out in the water, is about 50-feet-long, and is made entirely out of Legos. Definitely take the time to explore all the familiar Lego figures the next time you visit Disney Springs.

Disney Springs has tons of beautiful fountains that serve as perfect photo opportunities. A few of my favorites are the ones located in front of the Lime Garage and the AMC Theater. If you need a place to rest your shopping bags and want to show off your latest purchases, then posing with them in front of one of the fountains is a great idea. The fountains are also pretty at night when they are lit up and surrounded by trees with string lights.

The Coca-Cola Store at Disney Springs is such a cool building, and it’s a fun place to take pictures! If you want panoramic views of Disney Springs, you can visit the Rooftop Beverage Bar, and try some different coke flavors from all over the world as you take in the sights. There’s also the store itself, which has an amazingly modern, industrial design, and is filled to the brim with all kinds of Coca-Cola merchandise (and a super cute polar bear). It’s impossible to go in there and not come out wanting an ice-cold soda!

If a wall in Disney has its own hashtag and Instagram page, then you know it’s legit! The “official” Disney Springs wall is popular with the social media savvy Disney fans, and is emblazoned with the Disney Springs logo. It can be found right by the fountain located near the Lime Garage, however, tree shrubs have recently been placed in front of the wall. You may still be able to snap of few photos in front of the wall, even if you just hold up your Starbucks drink or Alex and Ani bracelets! Make sure to follow @disneyspringswall on Instagram for photo inspiration!

Paddlefish, formerly known as Fulton’s Crab House, is a restaurant in Disney Springs that is housed aboard a steamboat called the Empress Lily. Modeled after a modern luxury yacht, the restaurant alone is a wonderful subject for photos. But if you go inside and up to the third level, you’ll reach the top deck with an open-air bar and lounge. This top deck offers amazing views of Disney Springs, especially at sunset.

3 – Amphicar Tours at The Boathouse

If you really want to show off just how unique Disney Springs can be, visit the amphicars over by The Boathouse restaurant. Even if you don’t go on one yourself, these cars are really fun to take pictures of. After all, they drive on the land and into the water with a satisfying splash, and less than 400 of these cars exist worldwide today. If you do decide to take an amphicar tour ($125 for 20 minutes), you’ll be treated to unique views and photo opportunities of the Disney Springs landmarks from the water. 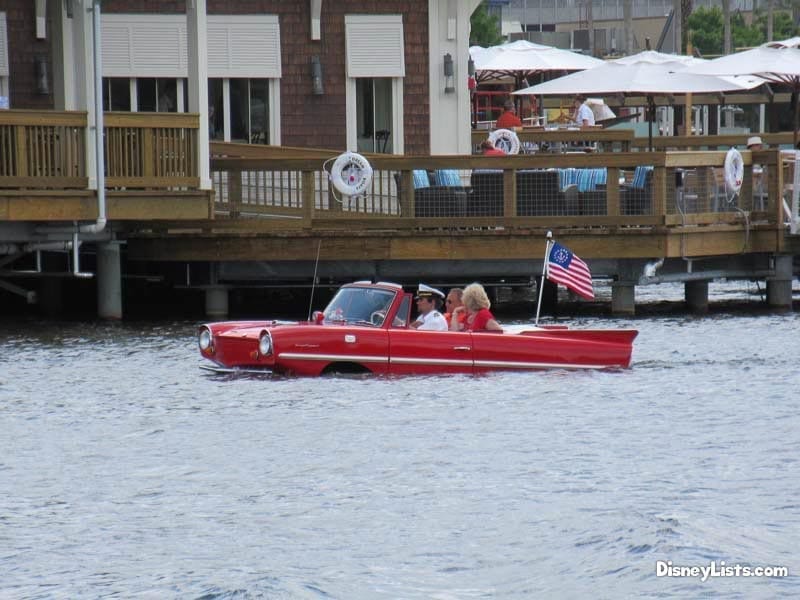 The newly renovated World of Disney Store at Disney Springs is packed full of fun merchandise and interactive elements that just beg to have their picture taken. The larger than life Stitch is still outside, and I always like to take a picture of him! Inside, however, are magical window displays and registers modeled after the desks of past Disney animators (these registers are equipped with sketches, artwork, and posters that come to life). On the walls are colorful jars of paint, where, if you stand patiently, you can catch digital pixie dust swirling around them. The store is full of themed areas, but my favorite is the princess room, where chandeliers hang from the ceiling and a montage of moments from Disney princess films play on the wall. Shopping in this store is a truly magical experience, whether or not you choose to spend money, and World of Disney is a classic staple of Disney Springs and a great place for some photos.

If you’ve ever been to Disney Springs, or even just driven by it, you’ve probably seen the tethered helium balloon called Aerophile (formerly known as “Characters in Flight.”) This balloon has had a few paint jobs over the years and is now a beautiful shade of blue. It’s a great icon to take photos of, but it’s even better if you can ride the balloon up 400-feet above Disney Springs. Not only do you get a 360-degree view, but you can even see the Disney Parks off in the distance. If you visit at night and time it right, you may even be able to see fireworks from the balloon! Located between the West Side and the Landing, Aerophile provides a fun, whimsical element to Disney Springs, and provides the perfect backdrop for any photo.