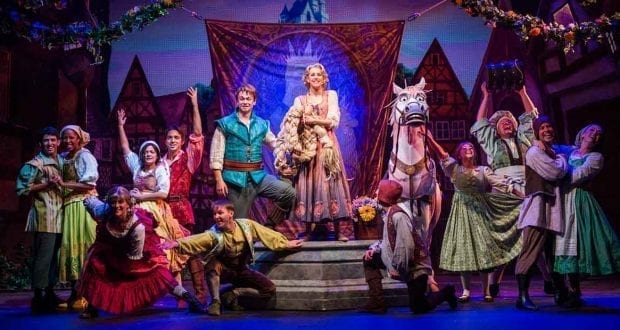 Editor’s Note: Disney Cruise Line has suspended all departures through June 2021 and Disney Magic European Sailing through September 18, 2021. We present this article for future cruise planning.

While there are significant similarities in all the Disney Cruise Line ships, each ship is unique in what entertainment it has to offer. Some of the ships have duplicate shows, but each has at least one unique to that ship only. Each ship offers three shows which include:

No surprise here! Disney keeps all their theater shows family-friendly, so all ages are welcome. Not only is it family-friendly, but really, its family-focused! By that, we mean, Disney’s theater shows typically portray a message of the importance to those you love. Plus, Disney characters are in almost every stage show in one way or another making it extra exciting for the kiddos. There may be an intense moment depending on the show (such as the Beast and Gaston battle in Beauty and the Beast), but Disney brings it back around for that magical, happy ending! 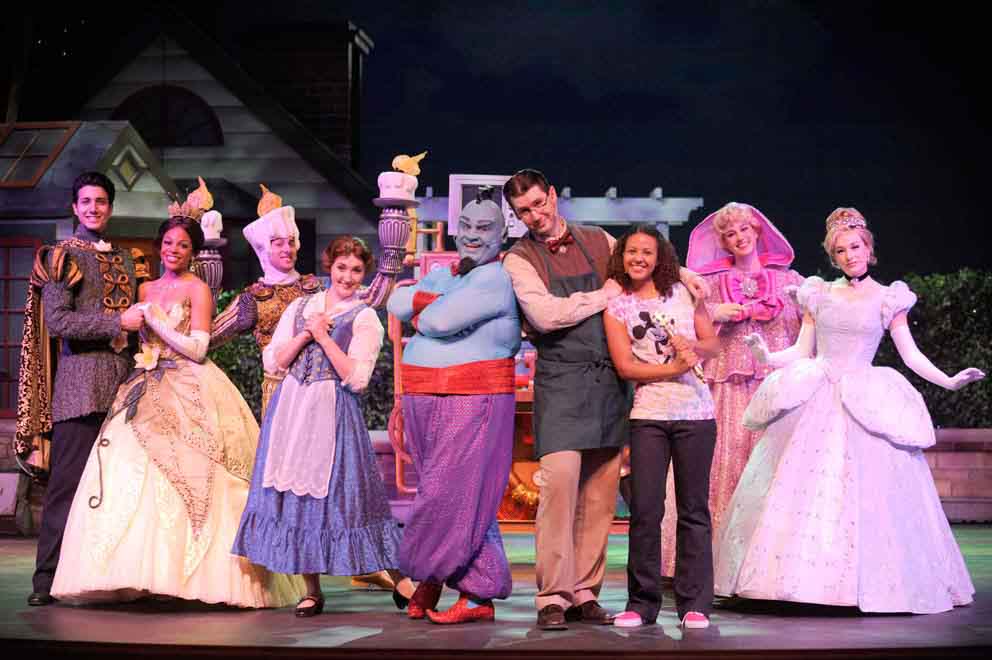 Most of the Disney Cruise Line theater shows take place two times in the evening. The earlier show coincides with the earlier dining slot while the second show matches that of the later dining slot. This means if you have the early dining hour (ideal for kids!), you’ll have a chance to watch the second theater performance for the evening. We highly recommend this pattern if possible, as your kids will have a full tummy and be rested from dinner.

4 – Tell Them What to Expect

With kids, spoiler alerts don’t really exist. In fact, if your kids are anything like ours, they want to know who, what, when, where, why, and how at all points of the day. We’d recommend giving your kiddos a brief overview of what the theater show for the evening is all about. You can tell them what characters they may expect to see without giving them all away. You can also keep them distracted by giving them a task like, how many times do you think a specific character will say something you know comes up a lot in the show. Now, chances are you haven’t seen the show in advance, so be sure to read about it if possible so you’ll know how to give them a brief overview.

On top of sharing with your kids what to expect from the show, you’ll also want to go over theater courtesy in advance. Phones are not allowed out and on during the live performances, so in advance, be sure your child knows they won’t be allowed to play on your phone during the performance. As with any theater, be sure they know to keep the volume down and whisper when they want to talk or have a question. Our kiddos don’t have the opportunity at home to go to a live performance often, so some of the common courtesy topics were important for us to go over before we were sitting in the theater.

6 – Picking Where to Sit

Arrive early to pick out an ideal seat! With kids, we recommend avoiding the balcony. In some balcony seats, the railing aligns perfectly with their short stature, making it hard to see. If your child wants to be up close to the action, sit near the stage on the left or right side as many characters enter and exit this way during different parts of the shows. Being in the main floor area is also great for kids as many of the shows feature things that fall from the ceiling like bubbles in this area. Lastly, and especially important with young children, try to snag an end seat. This way, you’ll be able to get them out if they start acting up without crawling over other cruisers.

Yay! Restrooms are located just outside of the theater, so if a restroom is needed in a hurry, it’s easy to find one. We also tell our kids they must at least try to go to the restroom before just about anywhere we know, getting them out can disturb others. Again, another reason an end seat is a plus! 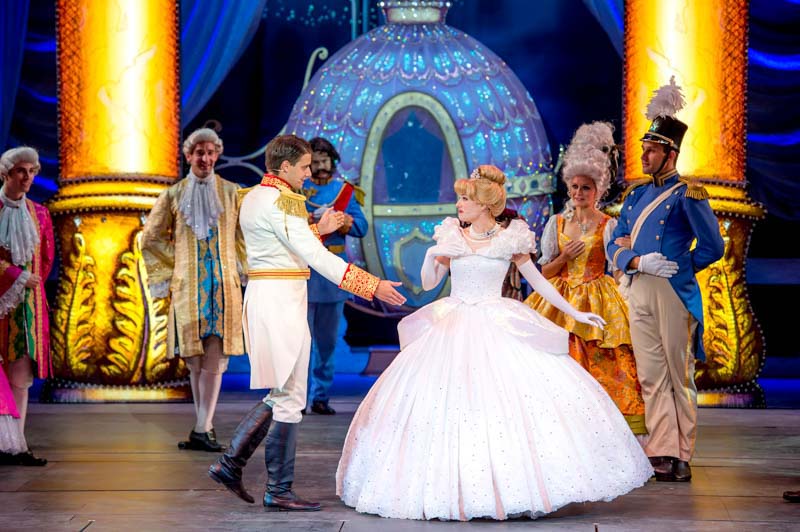 “Twice Charmed: An Original Twist on the Cinderella Story” immerses the audience in a story that begins where the original ended. Featuring Cinderella, Prince Charming and other favorites from the fairy tale classic, this Broadway-style stage show is performed exclusively at the Walt Disney Theatre on the Disney Magic. (Chloe Rice, photographer)

We recommended they come on a full stomach, but we also recommend that you let them keep snacking through the theater show. Located just outside the entrance to the theater are refreshment stands that have items such as popcorn, candy bars, and beverages. Unfortunately, these items are not included in your cruise food/beverage package, so expect to pay. We’d recommend purchasing one of the popcorn buckets, which can be refilled at a cheaper cost. Bring this to each show for a refill each night, and you’ll save yourself some money in the long run!

Last but not least, don’t force your child to sit through the theater show if he or she doesn’t want to or if you know it won’t work. The shows are incredibly entertaining and, for the most part, kept our kids very intrigued. With that being said, there were times our 3-year-old was ready to go. If you really want to see a theater show and don’t feel like it’s something your child will sit through, go ahead and check him or her into the Oceaneer Club available on all of Disney’s Cruise Line ships. This will allow you to enjoy the show while your child has a blast playing.

We hope your theater experience is a memorable one for you and your children. Enjoy the show!