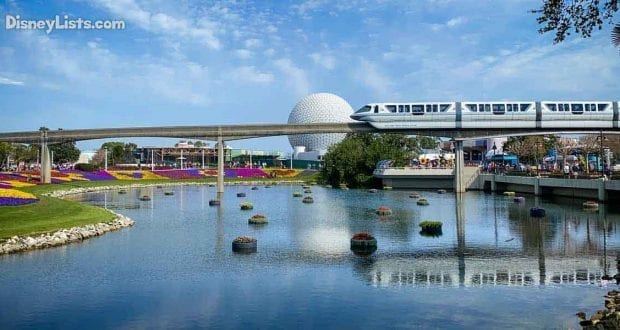 The effects of Covid-19 continue at Disney World as the company has now confirmed additional changes to its construction calendar. This round of changes effects the Epcot revitalization project. More details below.

Disney has confirmed that both Spaceship Earth’s scheduled reimagineering (which had already been delayed) and the new Mary Poppins attraction, Cherry Tree Lane, has been postponed indefinitely.

It is also notable that the preview film at the Epcot Experience preview center has been updated with both new attractions removed. This does not necessarily mean that the projects are cancelled, although there is no indication when, if ever, the projects will be put back on the construction calendar.

A Disney spokesperson confirmed, “As with most businesses during this period, we are further evaluating long-term project plans. The decision was made to postpone development of the “Mary Poppins”-inspired attraction and Spaceship Earth at this time.”

While no official statement has been made regarding other Epcot related projects (and there are many), we also noticed the “Opening Summer of 2020” signage outside Remy’s Ratatouille Adventure has been removed indicating a delay to that project as well. Construction continues to progress on the Guardians of the Galaxy attraction at Epcot and Tron Lightcycle Power Run rollercoaster over at Magic Kingdom.

Spaceship Earth was and still is an extremely impressive attraction and successful venture that Disney pulled off.  It was created to fulfill some of the designs that Walt had ideas for before he died.  He never got to see it, but we feel like he likely would have been very proud of Spaceship Earth.  Here are 10 facts and secrets about Spaceship Earth that I know you will enjoy:

Spaceship Earth is extremely impressive, as it should be!  This one attraction took 26 months to build.  That is a long time, but well worth it since it is the icon and main focal point for the park.  It is the first thing that guests see when they enter as well.  Can you imagine how much it costs in labor alone to pay the teams that worked on the attraction for a full 26 months?